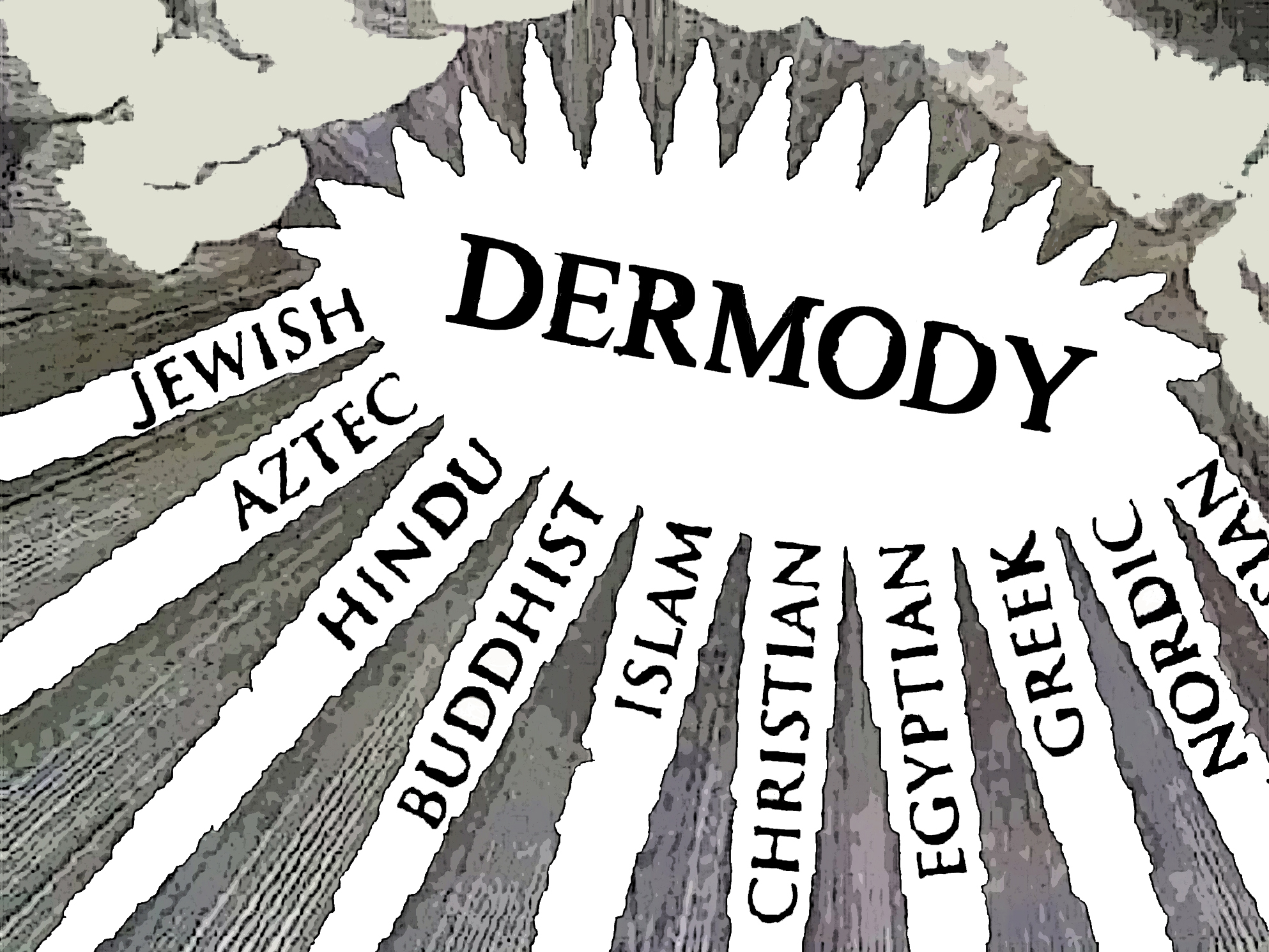 “There is no death and art can prove it.” At least that’s what Vincent Dermody claims. He should know; he buried himself in 2003 at a solo exhibition whose ceremonial killing made way for the everyday process of living-on as an artist in Chicago. A self-styled latter-day P.T. Barnum, Dermody’s diverse artistic practice is a little bit sideshow and a little bit poetry, held together by the optimism of relentless self-promotion. Chicagoans will have a chance to experience his showmanship first-hand during his two-month residency in the Pedway Open Studio beneath the Cultural Center. To ask him what he’ll actually be doing in the Pedway is to discover just how difficult it is to describe his work for a market that too often demands simple brand-identification.

Dermody emerged on the scene in the late 1990s haphazardly, gaining attention for the exhibitions he curated in his apartment and, later, as an original member of the performance group Lucky Pierre. Concurrently, he was a founding member of Law Office, a curatorial collective well-known for their often corporate-sponsored, intentionally lowbrow installations and events: for “Sex Party (It’s Not a Party),” four artists constructed empty sets of the type typically seen in adult movies, sparking conversation about the banality and emptiness of porn; “Midnight,” a curated poker game among hand-selected artists with a $1,000 pot, had a more overt philanthropic dimension. Such casual conceptualism is consistent with Dermody’s emphasis on the overwhelming importance of his public persona (and not the objects he produces) to his artistic practice. In this sense his predecessor could be the late German artist Martin Kippenberger. The amount of press Dermody generates is indicative of his projects’ immediate success and of public favor for relational art, but he has struggled in the past for acknowledgement from local contemporary art institutions and eminences.