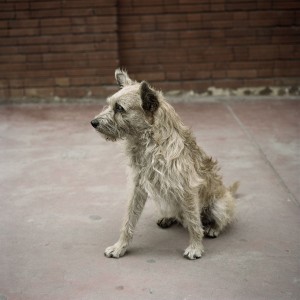 Having adopted a Colombian child, Alec Soth was seized with the need to document the world in which the child might have grown up. Colombia’s capital Bogota through Soth’s lens is an outpost of the contemporary world that preserves no discernible unique tradition, but takes everything we see about ourselves and our surroundings in the media down to a more doleful level that might disturb us if we recognized that Colombians are no different from ourselves, except for a more tenuous grasp on elusive prosperity; in a metaphor of Soth’s sensibility, a desolate dog crouching on the pavement seems more forlorn than we would expect it to be on a Chicago street. Is Soth justifying his rescue, or is he simply showing us that life is pretty much the same anywhere if we control for our perhaps transitory economic advantages? (Michael Weinstein)