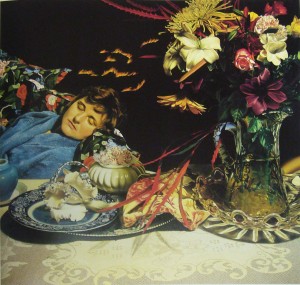 Unfortunately, the largest and best exhibit of Chicago painting is not in the Art Institute—it’s in the private Union League Club where membership is significantly more expensive. But during the month of October, the Club is conducting free tours of their vast collection every Saturday morning. The ninety-minute tour can’t cover everything (they’ve got over 700 pieces) but it’s a nice overview of a hundred years of Chicago painting and collecting, from Frank Peyraud to Richard Willenbrink, with an unusual emphasis on women artists and temporarily including several important Chicago paintings from the Bridges Collection. Like Chicago itself, the taste of the League has been conservative and the collection is almost entirely representational. It’s as if Abstract Expressionism had never happened, though the collection does prominently feature a small, charming piece by the early Chicago modernist Manierre Dawson. The club is still collecting. It has a conservation department, a full-time curator, regularly rotates its collection, and gives temporary shows to emerging artists. So it’s a good idea to take the tour on an annual basis—and also to bring your opera glasses—to better see those paintings that have been hung up near the ceiling. (Chris Miller)