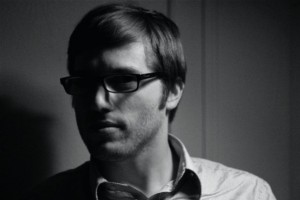 Ben Schaafsma, an independent curator and art activist, passed away on Saturday, October 25. He was 26 years old.

Schaafsma was an exceptionally ambitious and motivated organizer of the arts community, establishing non-profit art institutions at almost every turn. Perhaps his best-known and longest-running effort was the Institute for Community Understanding Between Art and The Everyday (InCUBATE), founded with Abigail Satinsky and Roman Petruniak. The Logan Square storefront houses an artist residency and a grant program, among many other activities, that, at their core, serve to support artistic endeavors.

Schaafsma often sought to solve funding issues using creative and non-traditional means. InCUBATE’s Sunday Soup program awarded a monthly grant to an artist from monies earned through a soup subscription. A local artist or activist cooked soup to be sold, and diners voted on who would win the grant. This type of self-supporting endeavor exemplifies Schaafsma’s efforts to build and sustain community.

In 2007, Schaafsma was the Public Art Curator for Around the Coyote’s Fall Festival. He interpreted “public art” as a way to bring the public together in social spaces, such as spontaneous film screenings in the Polish Triangle, and interactive sculptures in Wicker Park.

Schaafsma earned a bachelor’s degree in Art History and Urban Planning from Calvin College in Grand Rapids, Michigan, where he was born and raised. There, he co-founded G-RAD and the Division Ave. Arts Cooperative, alternative community outreach centers.

At age 9, Schaafsma cataloged his personal collection of books, magazines and VHS tapes, and built a library in his basement for neighborhood kids to use. “Not until recently did I identify this experience as such a formative one in relation to my current personal interests and practice,” wrote Schaafsma in an essay on founding InCUBATE in “Phonebook,” a directory of alternative artistic spaces. The self-made library “gave us access to a pool of new ideas and things that weren’t available to us individually.” In sum, “we were able to…create our own collective knowledge.”

In 2008 he earned a master’s degree form the School of the Art Institute of Chicago in Arts Administration and Policy. 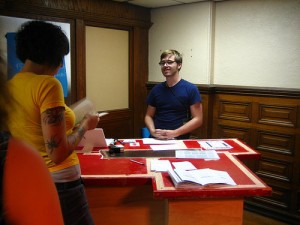 Schaafsma co-curated “Other Options” in 2007, a touring exhibition that explored connections among activism, economics, and art making, and self-referentially questioned the nature of the “Nonprofit Industrial Complex.” The exhibition, recently hosted by New York City’s Eyebeam, intended to better understand the relationships between artists and funding sources. Schaafsma was well-versed in both theoretical and concrete issues of budgeting for the arts—both financially and as a life practice—and he could express his concerns in cogent and thoughtful ways. These issues were clearly his passion.

Schaafsma helped artists realize their creative projects without having to rely on traditional means—the mysteriously bureaucratic systems of museums and granting agencies. Instead, Schaafsma envisioned realistic ways to assist artists and connect their practices to everyday existence. Schaafsma was especially interested in promoting artists who likewise used the public and social spaces as their medium.

Schaafsma recently moved to New York to work as the Program Director at the Elizabeth Foundation. He was injured in a car accident on October 22, and passed three days later. Schaafsma will be buried in his hometown in Ada, Michigan. (Jason Foumberg)

[…] two members of the Chicago arts community, have recently passed away. The NewCity Art blog has a obituary of Ben Schaafsma, curator, community organizer, and co-founder of InCUBATE, who had recently […]

[…] New City: Ben Schaafsma, an independent curator and art activist, passed away on Saturday, October 25. He […]

Reply
Loss and Continuing On… « the culture fields / blog

[…] is a more proper and deserving memorial written about Ben in Newcity as well as on G-RAD. (From […]