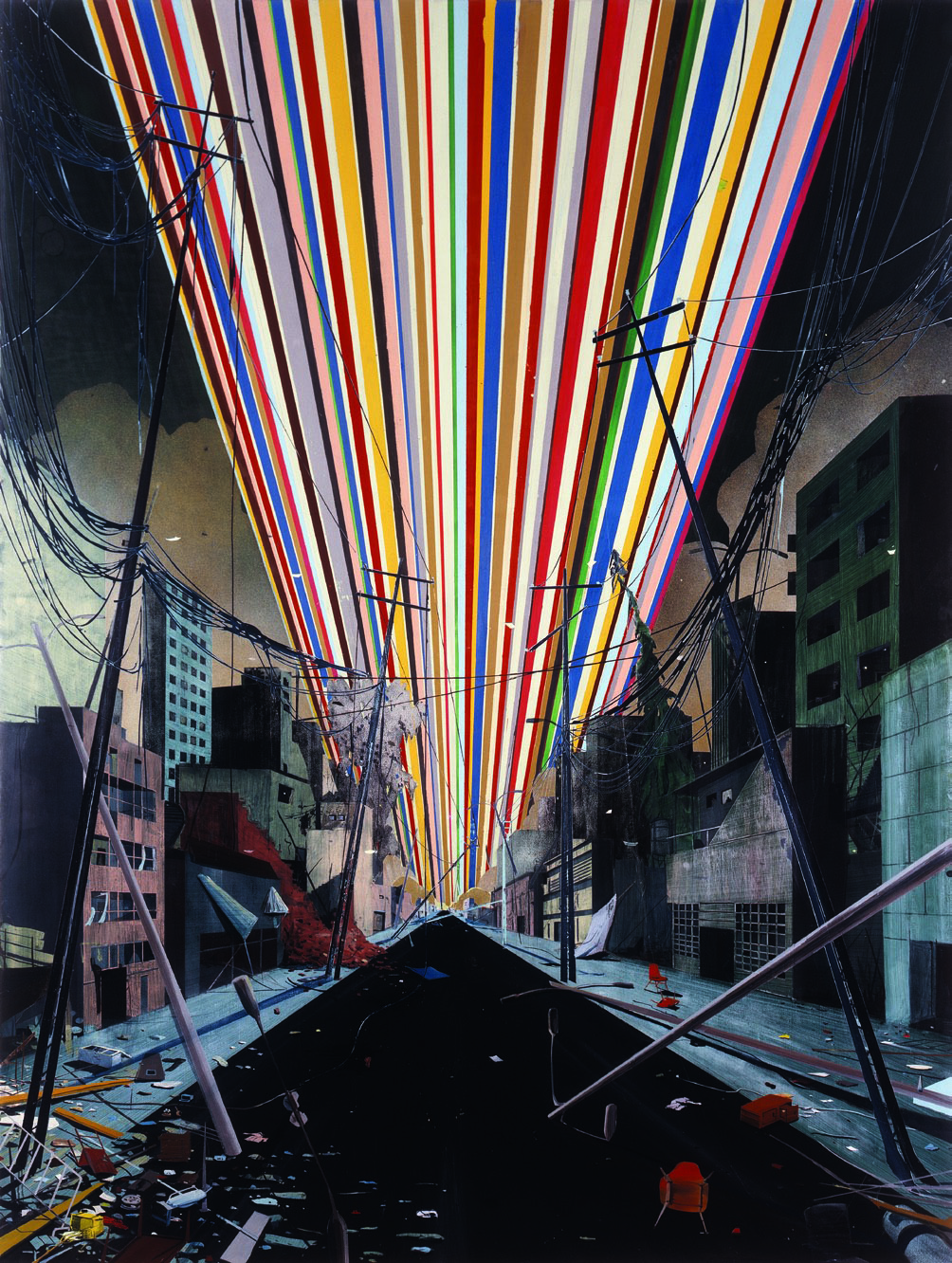 Halloween is the ultimate surrealist holiday, a witch’s vision come to fruition, where buried fears are unearthed and embraced—at least for one night. Since the first medievalist depicted the dance of death strutting upon life’s stage, artists have been holding up vanity’s mirror to the good and the pious. A world toppled by its underbelly and reigned by its opposite—what could be more truthful—and joyful to represent? Let’s not say that we deserve what we get, but a little black humor does come in handy.

It’s the bubonic plague, part two. The Rat City Parade will infest North Halsted during the annual Halloween parade on October 31. Artist Ben Fain’s vision of sixty performers in rat costumes will mingle with Sarah Febbraro’s choreographed movements in which the rats engage in orgiastic feeding circles and mosh pits. The whole dance will climax when the rat master emerges from his pizza pyramid on a float (yes, the parade has floats) like the winner of some freakish beauty pageant and is worshipped by his rat comrades and, hopefully, the spectators. The mass of meaty tails, beady eyes and rabies-coated incisors works itself up into a frenzy, recalling the pinnacle of unhygienic grotesquerie: the Rat King—a phenomenon wherein a swarm of vermin gets its tails cemented in knots by a mixture of dirt, blood and their own excrement. The parade begins at 7pm on North Halsted at Belmont.

Signs of the Apocalypse/Rapture
You can tell that we’re comfortable with the end of times when the subject gets its own coffee–table book. Front Forty Press has curated, designed and published a hardcover tome featuring artwork from over sixty artists and including two music CDs. The book is divided into the destruction of the world—Apocalypse—and the ethereal bliss that comes after—Rapture. Doomsday is depicted in horror vacui illustrations where debris swells into suffocating masses in work by Andrew Schoultz, Todd Arsenault, Mark Chariker and Joe Vaux, and dystopic landscapes pictured by Jean-Pierre Roy, David Opdyke, Lora Fosberg and Suzy Poling. Rapture, on the other hand, is characterized by Julie Mehretu’s ambient colorscapes, Bill Viola’s weightless dreams, and Doug & Mike Starn’s patchwork vision of Buddha. The Apocalypse CD contains tracks of sustained ambient noise, whereas Rapture is, by comparison, a harmonic savior.

The first essay in the book, by artist Christopher Bucklow, explains the apocalypse as a religious event, but it’s telling that in his introduction, the book’s publisher Doug Fogelson writes, “With the future ever upon us we are at a shameful state of affairs. There are so many real concerns facing humanity right now”—yet the exact date of “right now” is never given. The end of times is a fear adaptable to any time in human history; it is, in essence, timeless. Fogelson is hopeful, though. By getting acquainted with the “signs” of the end, he says, we’ll be able to tune in to the problems, and possibly the solutions.

Still, the broad array of artwork collected in the book is a feast for the eyes. I asked Fogelson if there’s anything odd about enjoying the look of such dark subject matter. “There’s a lot of beauty in the chaos,” he replied. With co-curator Ryanne Baynham, Fogelson created the collector’s edition for the end of times. Sonotheque will host a release party for the book on November 20, and a related exhibition is scheduled at the Hyde Park Art Center in July, 2009. $65 from Front Forty Press.

Night of the Living Artist
The Chicago Art Department hosts “Night of the Living Artist,” a group exhibition of work by twenty-five artists who were invited to depict their favorite artist as a zombie. Bulging eyes, bared teeth and bloodstains abound in portraits of Edward Gorey, van Gogh, Dr. Seuss and even Jim Henson as a “cute zombie puppet.” Curator Kerry Flaherty is a toy maker and dabbles in plush toys, so the work of fellow plush-toy artists are exhibited, as is a work showing the curator as a zombie herself. A closing night costume party wraps up the show on October 31, 7pm-10pm, at the Chicago Art Department, 1837 South Halsted.

Doog Vs. Live
Painter and sculptor Amy Mayfield’s latest solo exhibition wraps viewers in an environment laced with prickly piles of excrement-like stalagmites, bats and a claustrophobic wall of dimestore romance novels. Mayfield’s paintings are noted for seducing the senses using liquid enamel that oozes over the surface and haunted scenes punctuated by nightmarish cuteness. Bring a towel. At Three Walls, 119 North Peoria, through November 15.