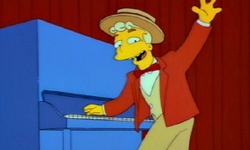 Welcome back to Chicago. After a multi-year absence you’ve returned to usher in a new era of art criticism with the promise of founding a new New Art Examiner, the once prestigious and thoughtful publication that you co-founded. The city is heralding your return, and before you gave those several lectures on the state of the arts in Chicago, you’ve no doubt done extensive research to back up your proclamation that we’re a backwater town barren of critical dialogue. You must have taken stock of the local publications and websites that have emerged in the time that you’ve been gone—Bad at Sports, Prompt, Proximity, Newcity, Chicago Artist Resource—before you gave your prognosis that we’ve been suffering so much in the wake of your second coming. You must’ve visited tons of apartment galleries and alternative spaces and spoken with the hard-working artists who run them before you decried that Chicago is a poor excuse for an art scene. No? I thought not.

The content of your recent spat of lectures are testament to your laziness. You swooped into Chicago like a road-show preacher on the hillbilly circuit come to collect dollars. You proselytize that Chicago isn’t anything as good as New York City, and that we should pray to its massive art scene. You’re going to fix the problem for us—you’ve decided we have no critical dialogue here—by re-starting your magazine. There’s no problem asking for more dialogue, but your fault is coming to Chicago and missing the details.

What’s that you say? You’re going to help Chicago by launching your new magazine in New York City? Should you really be fundraising here if the money’s going to leave, and never return? I suppose we should be thankful, at least, that you won’t be staying long.