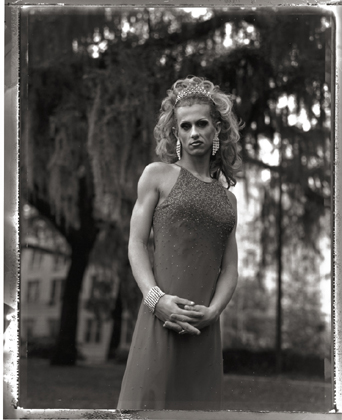 They are black, white, Hasidic, Muslim, Christian, urban, rural, disciplined, dissolute, protected, abandoned, poor, middle class, straight, gay and much more; they are the youth of Gen Y whom Robin Bowman photographed in black and white, and induced to write capsulized autobiographies so that we might understand the plight of the contemporary American teenager. Unburdened by any ideological baggage, Bowman’s ambitious series of informal portraits is less a reflection on the triumphs and tragedies of adolescence than a reflection of the sheer diversity of American lives. The stories are all worth reading, but the images could stand alone without any text, because Bowman is a sensitive shooter who eschews a signature style in favor of leaving her subjects sufficiently free to project their own attitudes without allowing them to take on self-staged poses or to vogue. Of course, the eternal teenager makes an appearance; with a cigarette dangling from his lips, Patrick Roberts looks quizzically into the camera. He writes, “Recently, I think I feel lonely, if that’s a legitimate emotion. (Michael Weinstein)