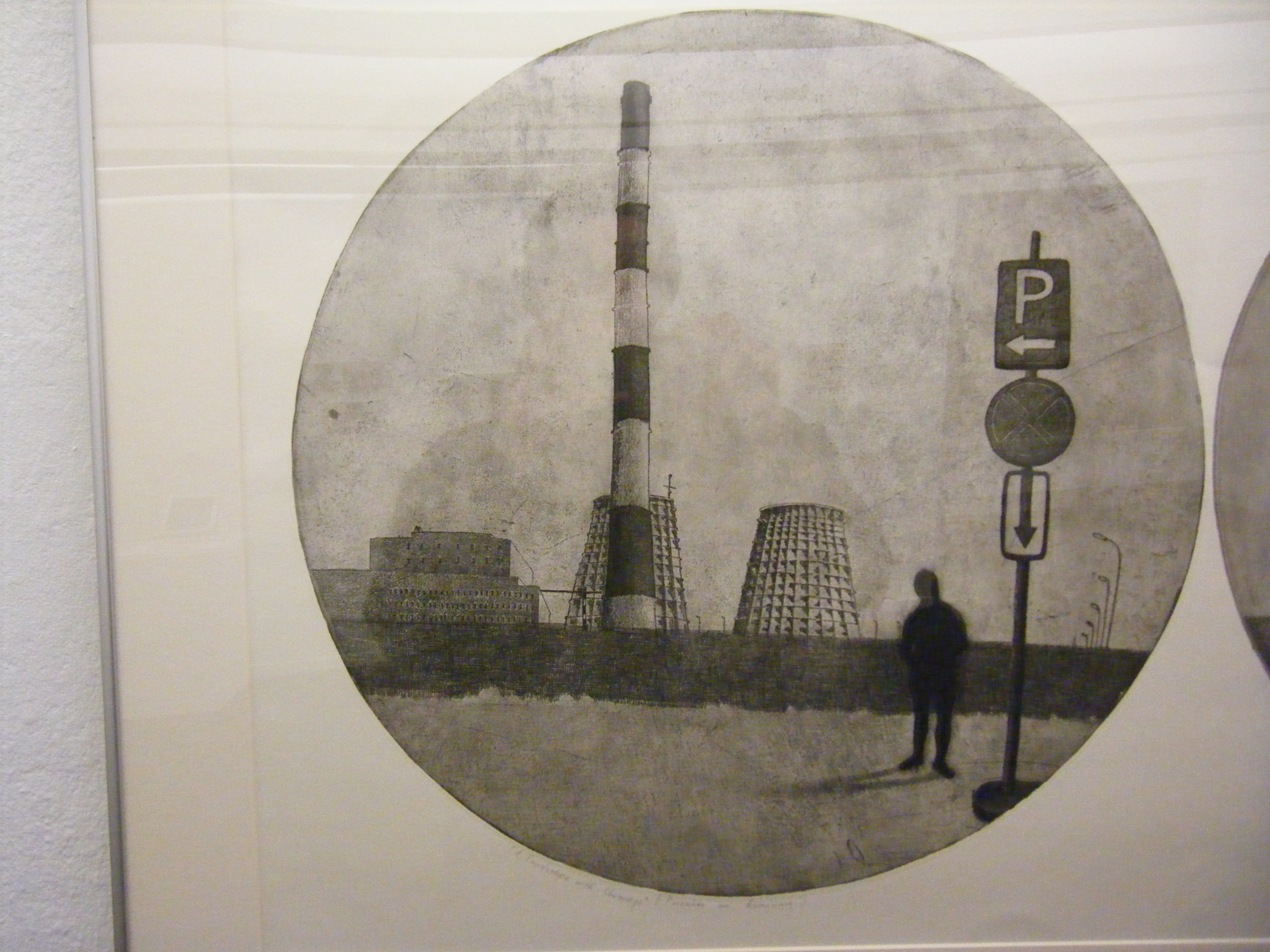 Zokaityte’s work is best described as a series of vignettes, capturing microcosms with multiple viewpoints for the viewer’s imagination. “Landscape with Chimneys” resembles a panel in a graphic novel, where a large smokestack in the background competes with street signs to become the focal point looming over a small silhouette of a person. In an adjacent panel, a woman sits in a chair adjusting her stocking as she focuses on her foot. The circular panels in which the work is laid indicate the perspective of an outside observer. Other pieces shift the focus between a female image and her surroundings or activities. “Perfection” emphasizes the soft, detailed head of a cow as a faceless woman carefully cradles it in her arms. “The Picture in the Bedroom (I)” emphasizes the vibrant eyes and full lips of a black woman, while other small images appear almost as reflections in the background.

In contrast, Vertelkaite seems to break down perspective through horizontal lines, meant to demarcate time. “Spinning Girls” shows a repeated silhouette of a dancing girl alternating from light to dark on a continuous line, which leads to a more focused, elegant woman wearing a shimmering pink dress. “Singing Woman” features several frames of close-ups of women’s open mouths; the repeated horizontal lines create continuity while the mouths themselves could elicit rage, astonishment, or joy. Both artists provide portraits that elicit the mysterious allure of womanhood. (Ben Broeren)

Through March 29 at the Chicago Cultural Center, 78 E. Washington.