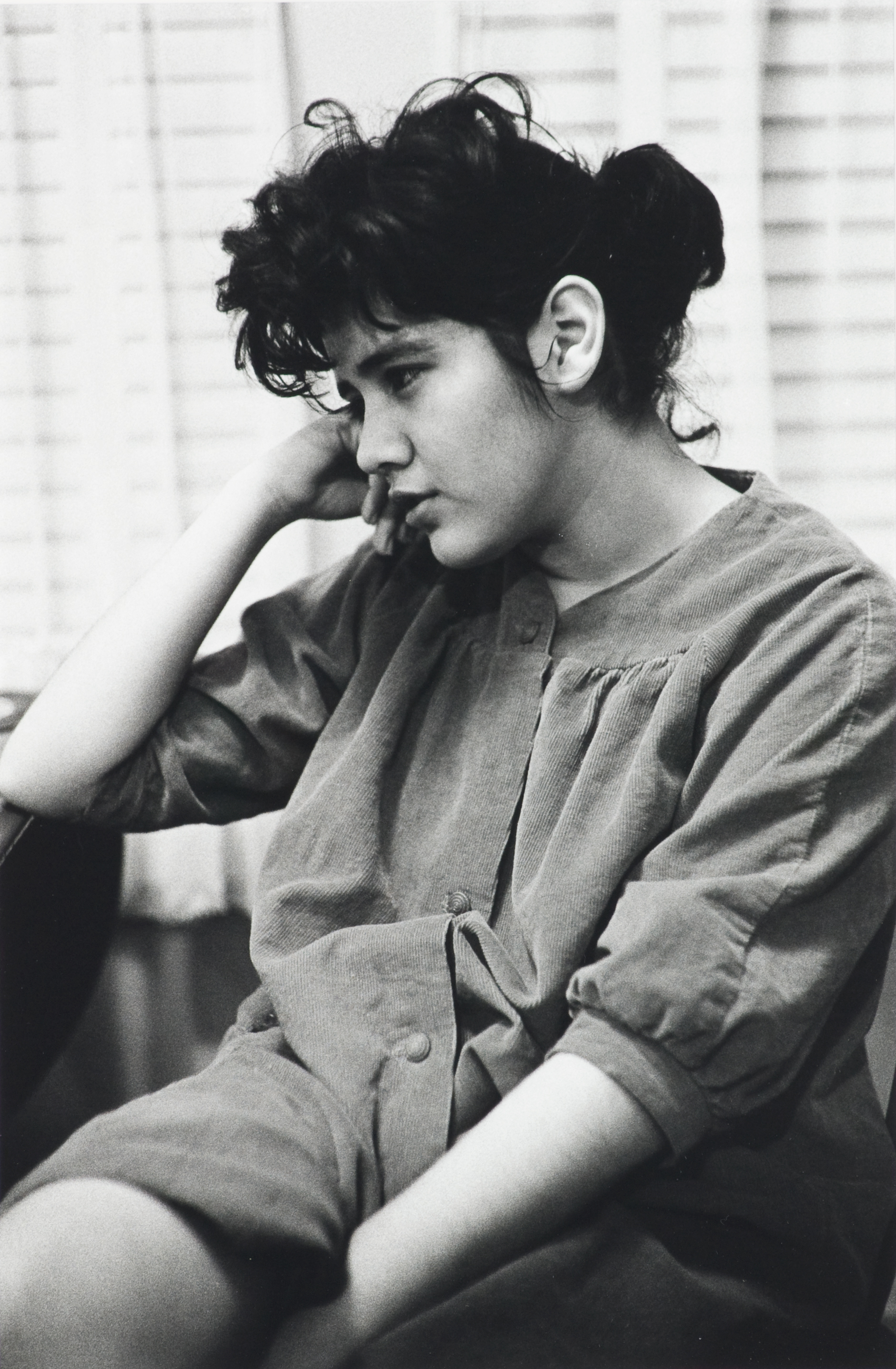 If you need a reminder that sixties youth were not always about flower children, consciousness expansion and protest, a jolt of perspective is provided by the twenty-two black-and-white photographic portraits here, taken from Larry Clark’s famous series on Tulsa, Oklahoma’s down-and-out teenagers that he shot assiduously throughout that decade. Determined to be intimate, informal and relentlessly unromantic, Clark was a pioneer in documenting a social circle as its life went down, focusing on mood rather than attitude, activity or style, to the last of which his subjects apparently could not or would not aspire. There are some smiles here and there, but more representative are shots of a chubby young woman reclining on a bed with a look of resigned sadness, who sports a big black eye and a large bruise on her arm; and of a young man sitting bent over with his hands laced behind his sunken head. The scattering of images by Blythe Bohnen and Paul Rosin only fortify the sense of the perennial mundane discontent that sours so much of everyday life. (Michael Weinstein)

Through February 15 at the Museum of Contemporary Art, 220 E. Chicago Ave.