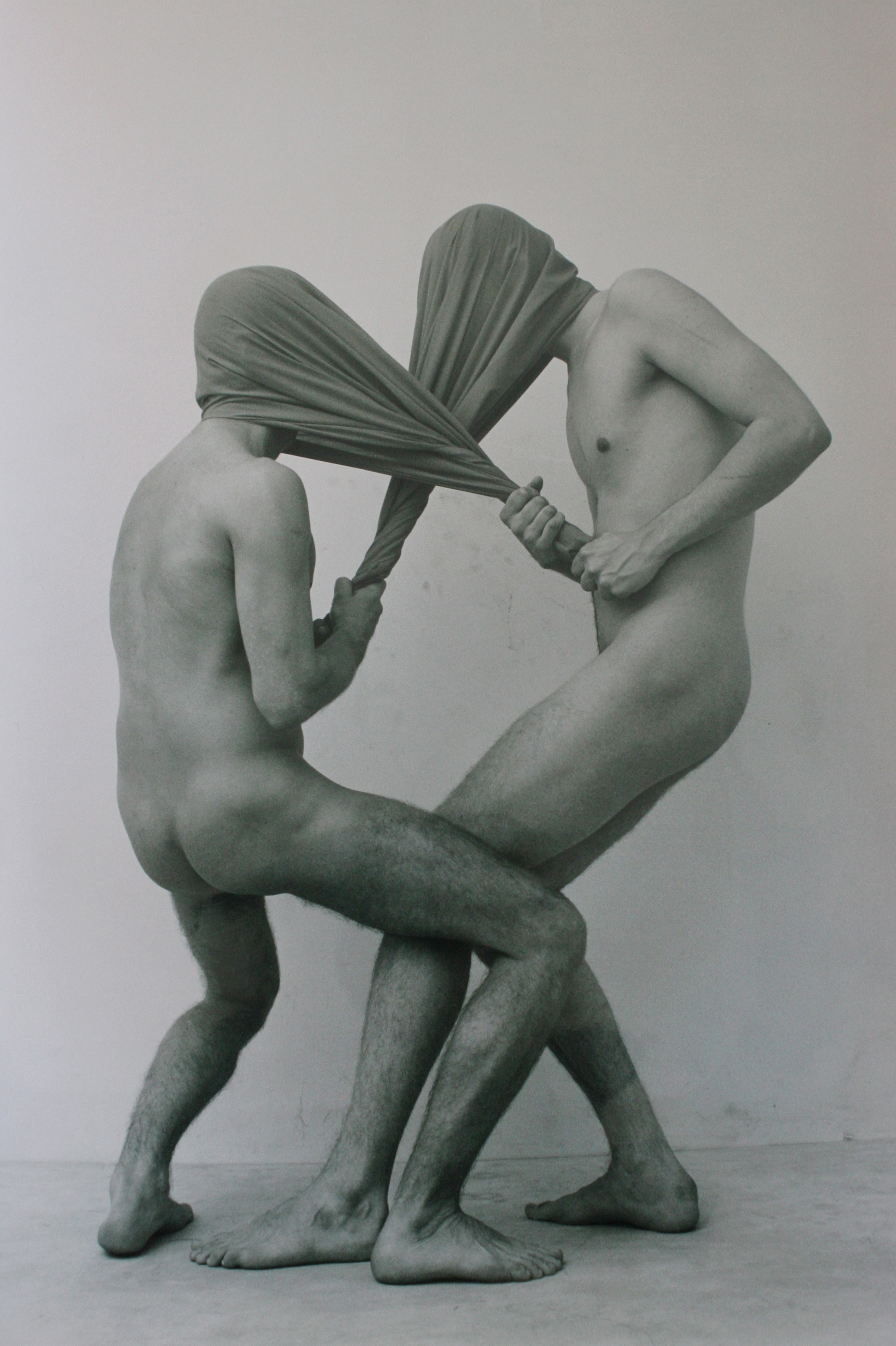 In harsh and powerful scenario photographs in black-and-white and color, Stasys puts his naked and partially clothed male models—either paired or solitary—through tests of will, the external duress and sometimes brutality of which are symbolic of the inner stresses and struggles that he believes and feels are at the core of the human condition. Deploying props such as wooden planks, ropes, balls, blocks and textiles, some of which serve as extensions of the body, Stasys’s images evoke the unresolved tension within a sense of confinement that we would discern were we to dip our attention below the shifting concerns of practical life. One of the most profound and accomplished photo-artists on the current scene, Stasys goes to extremes yet is never overdrawn; two men locked in fighters’ stances face each other at close range grabbing and pulling at the ends of the towels that cover one another’s heads as they themselves pull their bodies back in the eternal dance of nearness and distance that we never overcome. (Michael Weinstein)