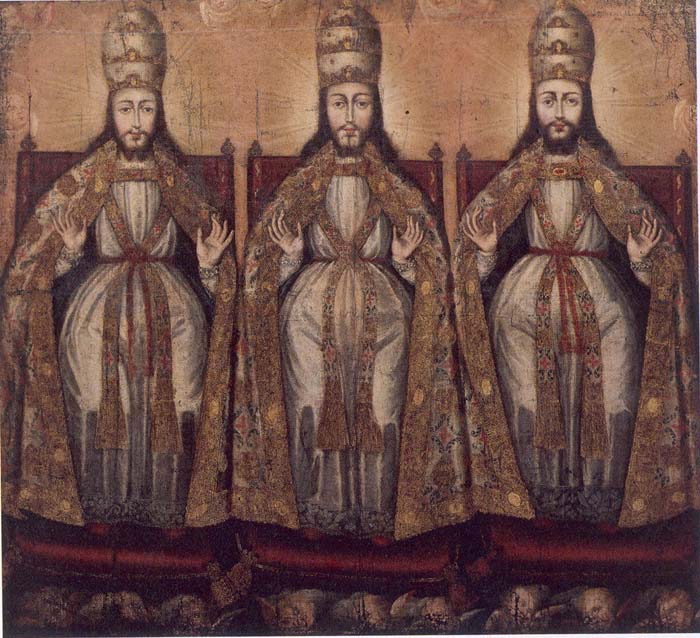 In the early decades of the seventeenth-century, Cuszo was home to the first school of native artists in the colonial new world, using mostly European forms to serve a mostly European religion. But somehow it was different. The Virgin was just a little more like a giant earth mother—and the Trinity was sometimes presented as three separate-but-equal gods, enthroned side by side. Somehow, the visions of saints and angels seemed more innocent and comforting, as if made for the benefit of children. So it’s something of a culture shock to be immersed in this strange, imaginary world, an experience now offered by the DePaul University Museum. Nowadays, fantasies like this are usually found as illustrations for children’s books, but several of these large pieces have been designed to dominate a room, and the effect is disconcerting. The air becomes thick and sweet, as if with the smell of incense and flowers, and the room becomes claustrophobic. (Chris Miller)