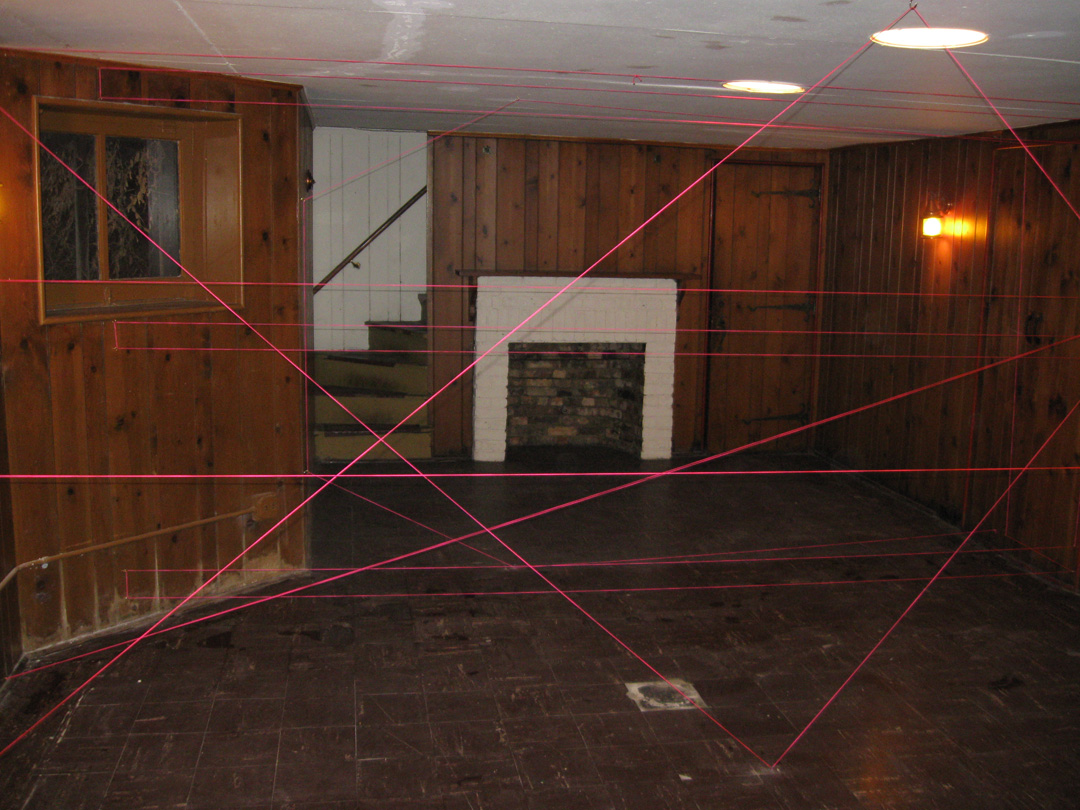 Titled “Pavilion 7,” Sebastian Craig’s instantly intriguing architectural installation confronts viewers with what looks like a dance-floor light show or a lair of crisscrossed light beams. As a techno-ish soundtrack composed and performed by the artist blasts from a large sound system at the back of the room, hot-pink rays appear to bounce off the walls, inviting viewers to dance through them or play secret agent. Closer inspection shows the lines to be a single strand of cord stretched tautly across two facing walls and secured at different heights and angles so as to spell the word DERMA. DERMA is also the title of a video at the back of the room that can be reached only by walking through the installation. Stepping over and under lines of cord, visitors unwittingly “dance” to Craig’s beat. The video—a series of bucolic images displayed on a tiny Sony Walkman screen—is sort of like Hitchcock’s MacGuffin, driving us forward through a tangled web for the sole purpose of getting to the big reveal. One wonders if the video’s banality is intentional, meant to revert our attention back to the physical act of getting there or to point out that the real significance of a space lies in the idiosyncratic associations it has for individual users. Regardless, Craig’s pavilion neatly illustrates the ways in which architecture lies close to the skin, sculpting the body’s movements and living on in cellular memory long after we’ve exited the building. (Claudine Isé)