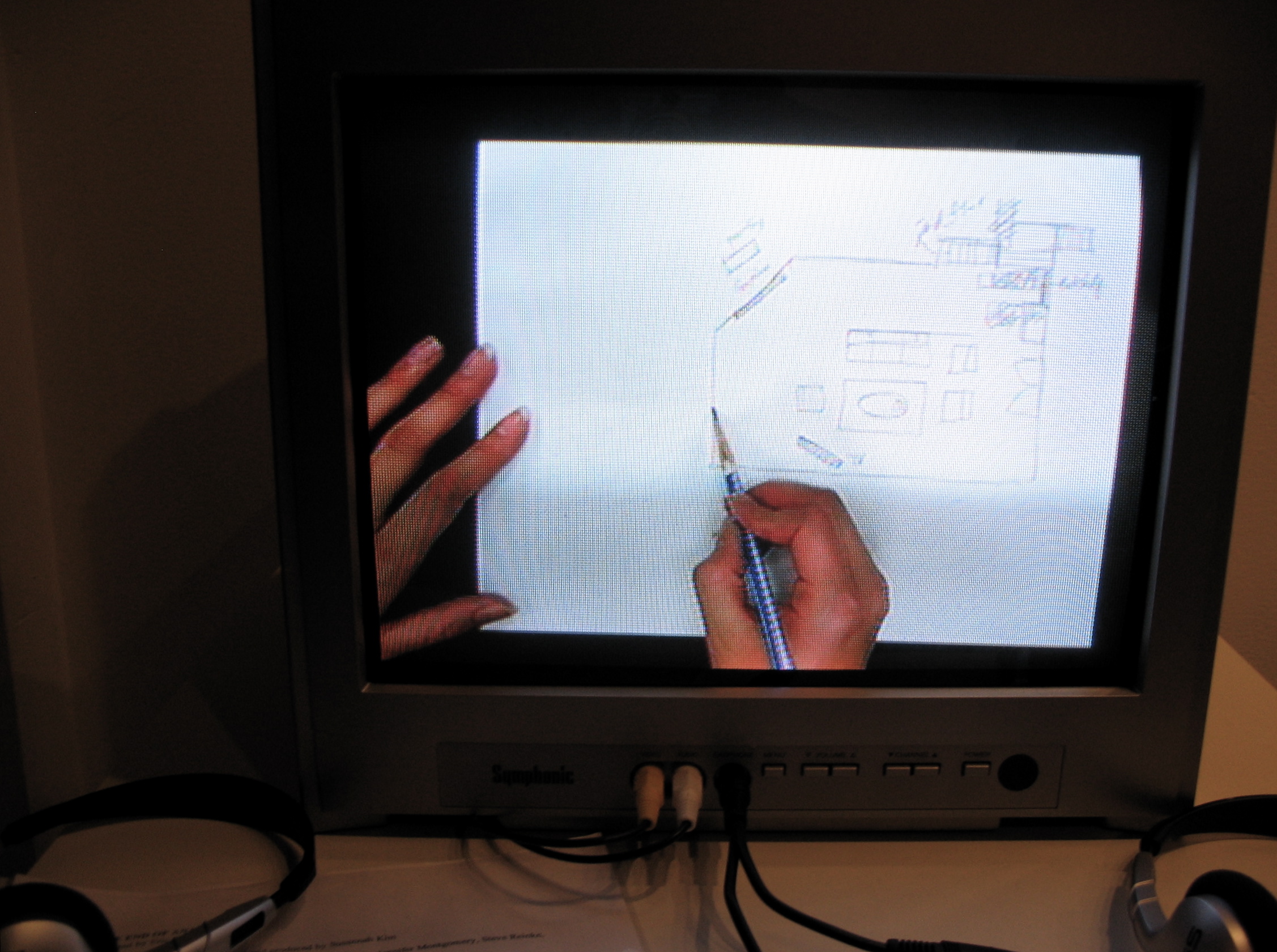 So what about the digital age? By June 12, 2009, law will require television broadcast stations to transmit only in digital format. The switch is another milestone on our road to total digitalized culture, and what that means is at question in “The End of Analog,” a group show curated by Eric Fleischauer.

Taken quite literally, the end of TV analog transmission puts an end to a certain type of image—not to mention quality—which we’re used to seeing. The video “Coax,” by George Monteleone and Alexander Stewart, playfully address the idea of transmission as the artists use their bodies to pose in various antenna configurations. Another monitor reacts with static and voices that tune in and out.

“Floor Plan,” by Carson Salter and Robert Snowden, looks at familiar virtual spaces from television—floor plans from famous sitcoms. Participants were asked to recall these floor plans and draw them from memory, but the drawings barely live up to the exacting blueprints by Mark Bennett, who began a similar project several years ago.

While the exhibition aims to address the impact of the switch from analog television to digital, the result is merely an expression of nostalgia for obsolete—and quaint—technology: static on TVs, boomboxes and CD jewel cases. The consequences of this change are not addressed beyond these happy memories. Outside of the gallery we’re constantly reminded of the growing importance of digital media in our lives, but its significance for art practices, or as an art form, is not clearly addressed in “The End of Analog.” The message is just as fuzzy as an old TV screen. (Beatrice Smigasiewicz)