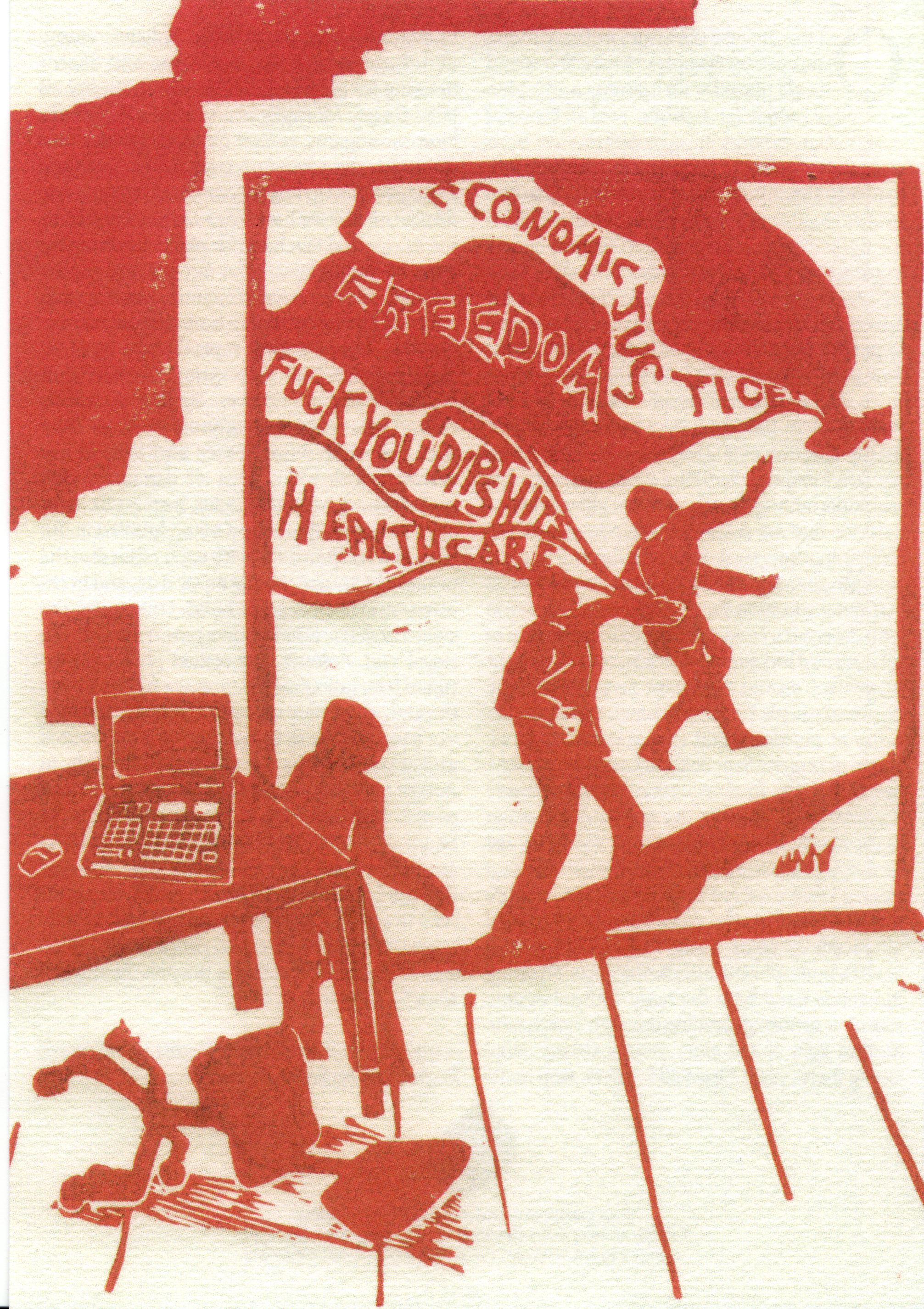 How many people actually read the religious tracts given out on street corners, tracts which offer paths to salvation, tales of sin, illustrations of the everyman meeting a horned, pitchfork-wielding Satan? Though they have a strangely collectible quality, it’s entirely possible that they go right in the garbage, the message lost as the Bible becomes ever more irrelevant to the average guy walking down the street, soda in one hand, cell phone in the other.

Artists Lisa Anne Auerbach and Roman Jester are doing their part to change this. With The Tract House, they have written, designed and collected hundreds of new tracts, many contributed by friends and neighbors as well, but with more contemporary subject matter (read: relevance to lives being lived in 2009). There are rants and manifestos on education, drugs and economics; thoughts on ignorance, recycling, cleanliness; humorous meditations on the importance of eating Sunday dinner, flowers, bees and honey; exegeses on integrity, our attachment to our lawns, apathy and, yes, even divinity. The Tract House offers what the tracts you’re used to seeing do not: modern terminology for meaningful goals within our reach. You won’t find the threat of damnation and hellfire here, but encouragement to make art, to make conscious choices, to be a positive force for humanity. The many artists and writers involved tell us about what we know for certain, the facts of what we see and the disparity of what we do. As their powerful pivot point, many tracts offer a pregnant “And yet.”

There’s really no place in a traditional gallery setting for a show like this, though it almost fits in Three Walls’ project room. Where The Tract House belongs is on the street, stuffed into peoples’ hands, under windshield wipers, slipped under doors. Distributed. Read. Fortunately, anyone can print the tracts for free at www.thetracthouse.com (Damien James)