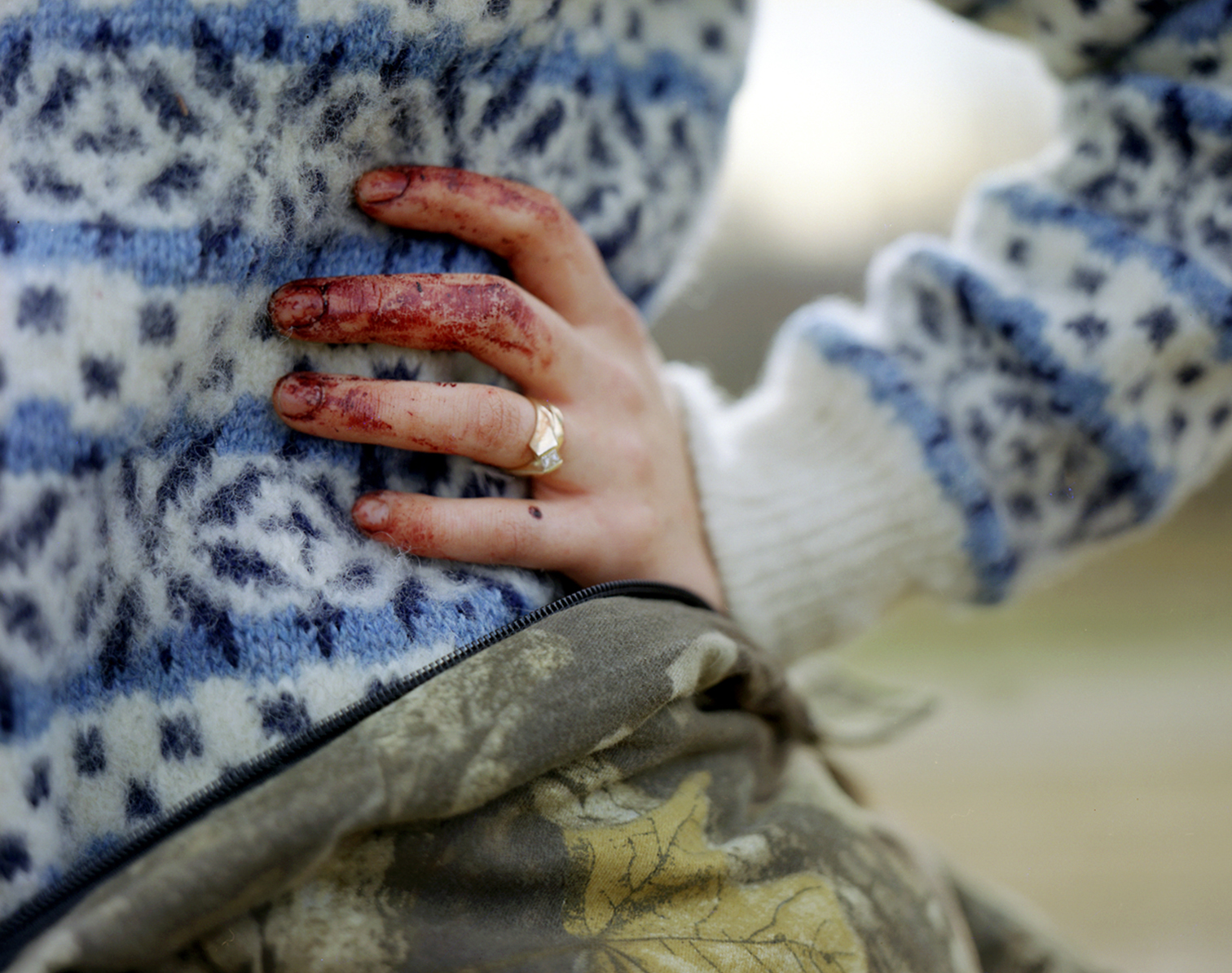 Taxidermy is big business—and high art. A March 6 New York Times article reported taxidermy sightings at this year’s Armory Art Fair, including Carolyn Salas and Adam Parker Smith’s buckhead whose abnormally huge antlers twist into the air like overgrown tree branches. This month’s Modern Painters devotes its cover to taxidermy: A blonde-haired, blue-eyed woman wearing an ironically conspicuous cross around her neck lies on an animal-print cloth next to a dead, sleeping taxidermied baby fox, suggesting that death is once again en vogue.

Curators Ann Wiens and Audrey Michelle Mast take this trend into deeper territory, exploring the literal meat of it all. Their show, “Loaded: Hunting Culture in America,” looks at the influence of hunting on the art world, pop culture, design, photography and video games. Juxtaposed against a hunting-culture backdrop, the trend begins feeling like less of an oddity and more like a culturally relevant pattern.Mast foregrounds the hunting-culture trend in her curatorial essay, mentioning designer Philippe Starck’s 2000 “hunting lodge gone mod” as a harbinger. Wiens and Mast avoid turning the show into a dichotomous, moralistic attack on what many rural communities view as a cherished, time-honored tradition. Uninterested in work that could walk the line with propaganda, they instead focus on open-ended pieces that are best unpacked by the viewer. “Loaded”‘s subject matter could have easily meandered into a condemnation of the killing sport or fetishized its easy kitsch, but it instead succeeds in peeking beyond our urban, non-hunting experience. 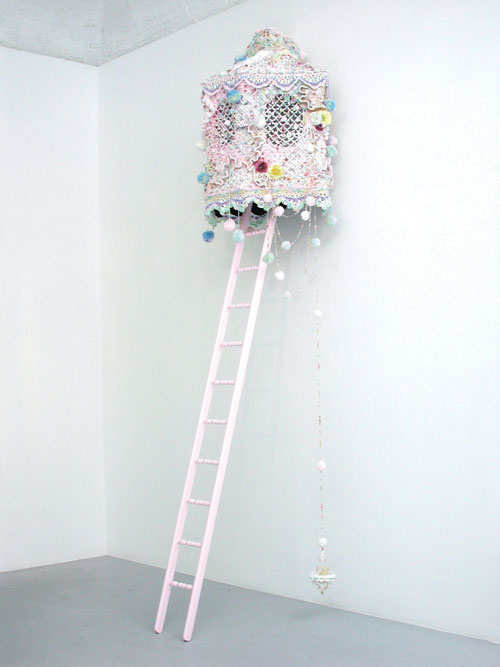 The show inadvertently discusses gender, particularly in the work of Brooklyn-based artist Kimberley Hart. Her alter ego of an ultra girlie-girl—”the quintessential sweet girl, all frills and petal pink…the doe-eyed, sentimental icon with dolly in tow and teacup in hand,” explains Hart in a NY Arts Magazine article—sprung from her own preteen tomboy tendencies. Through her persona, Hart explores an imaginary, magical world devoid of gender expectations where her alter ego hunts unicorns that, when killed, may incite disaster. To lure in and later kill the innocent unicorn, she crafts “Hunting Stand with Unicorn Bait” (2005). A light pink ladder leads up to a kitschy, seventies-looking pastel-colored box decorated in fabrics and yarn, with circular mesh windows, frills, sequins and hanging fuzzy balls. (Hunters use similar stands to help spot deer on paths in the woods.) A lick of golden salt—unicorn bait—hangs from a string on the stand. Picturing a pixie-looking girl mischievously killing a magical unicorn defies real-world expectations of her alter ego’s gender expectations and takes one into a magical fantasy world reminiscent of the movie “The Neverending Story.”

Straddling the hunting and fine art contexts, Erika Larsen’s photographs document rural families on the hunt. A regular photographer for “Field and Stream,” a hunting magazine with a readership of ten-million-plus, Larsen also shows her work, which takes an unbiased approach to hunting, in art galleries. In “Wedding Ring,” Larsen captures a moment after the kill. She shoots a close-up portion of a woman’s sweater and forest-green hunting gear, focusing her lens on the woman’s bloody fingers as they rest on her hip. A diamond wedding ring sits snugly on her index finger, becoming the focal point of the photo. These contextually flexible works are the show’s most compelling, presenting a candid, non-voyeuristic peek into real hunting cultures where men, women and children see hunting as far more than sport.

Seeing photographs of the hunt may be more satisfying than eating the meat of dead animals, or seeing taxidermy that comes neatly packaged after the fact. It’s the adrenaline rush, the connection to nature and, ultimately, man’s ability to conquer nature. To supplement such ideas, Wiens and Mast include the 1984 Nintendo game Duck Hunt, a video game that is exactly what it sounds like. Viewers are welcome to play. “Bucky,” an assemble-it-yourself cardboard buckhead available from cardboardsafari.com, takes the trophy significance out of the object, imbuing it with a sense of poppy, mass-produced playfulness.

Wiens and Mast also include artifacts from hunting culture, borrowing duck decoys from a man named Bob Lantz who lives in Palos Heights, Illinois. Lantz carves and collects the decoys, and has won numerous awards for his craftsmanship, including a 1981 world title in the intermediate World Wildlife Carving Championship held in Ocean City, Maryland. A 1981 duck stamp, which functions as both a permit for hunting waterfowl and a hunter’s collector item, suggests one of hunting culture’s many facets.

But a hunting show wouldn’t be complete without taxidermy. Various animals find their way into the show, like the jackalope, a make-believe rabbit with antlers. The curators, however, treat any taxidermy in this show as an artifact from the culture—not an art object. Skinning and stuffing dead animals may be a part of both art and hunting cultures, but it’s by no means the focus.