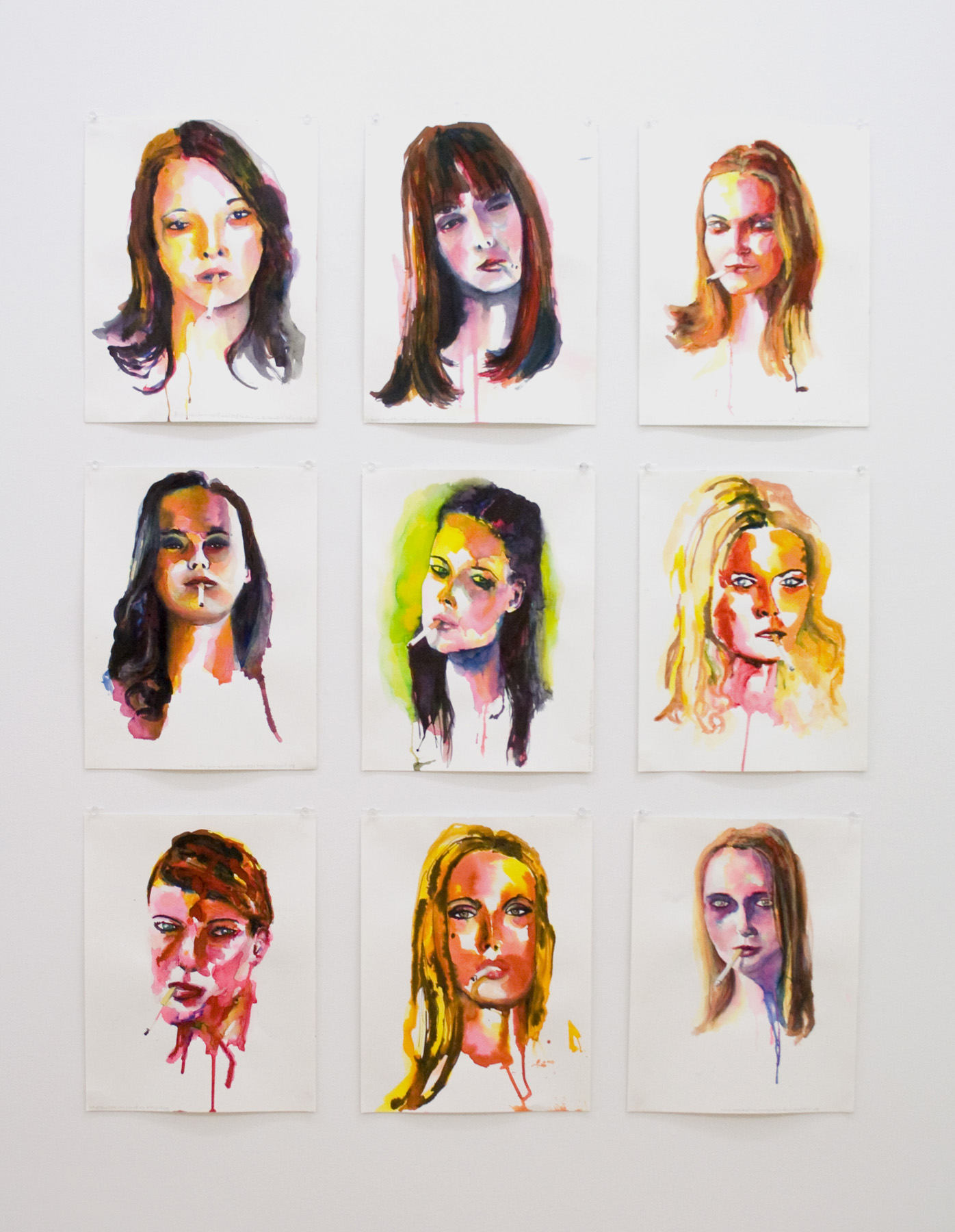 Works on paper have experienced a tremendous resurgence over the past decade or so. For numerous reasons, paper doesn’t carry the same baggage as canvas, so many artists feel freer to have at it with abandon. One might expect “Vaguely Paperly,” a group show curated by Chris Johanson, to provide a detour-filled road map to some of the most interesting examples of the medium right now, by emerging artists anyway. Johanson has done as much to reveal paper’s cutting edge as anyone. In other contexts, Johanson and those he’s selected for this show (particularly artist/musician Brendan Fowler and Max  Schumann) have shown that artists making portable works in more-or-less traditional media can still participate in the larger field of relational aesthetics by foregrounding the social contexts of art-making over the production of salable objects. Unfortunately, that aspect doesn’t really come through in this show, despite the live performances at the opening reception.

There are some arresting works here, particularly in the front room, where Randy Moore’s cigarette-smoking women (culled from fetish porn sites) face off with Schumann’s paintings of anonymous meadowlands, whose prices are painted directly on the works as if thumbing their noses at market-driven valuations. But this isn’t anything we haven’t seen before. To some observers, the waning of sloppy salon-style drawing slams will come as sweet relief, but a little more of that anarchic energy would have helped combat the sense that “Vaguely Paperly” was pulled together to fill a vacant gallery space rather than flesh out a compelling idea. (Claudine Isé)

Through May 9 at Kavi Gupta Gallery, 835 W. Washington Blvd.