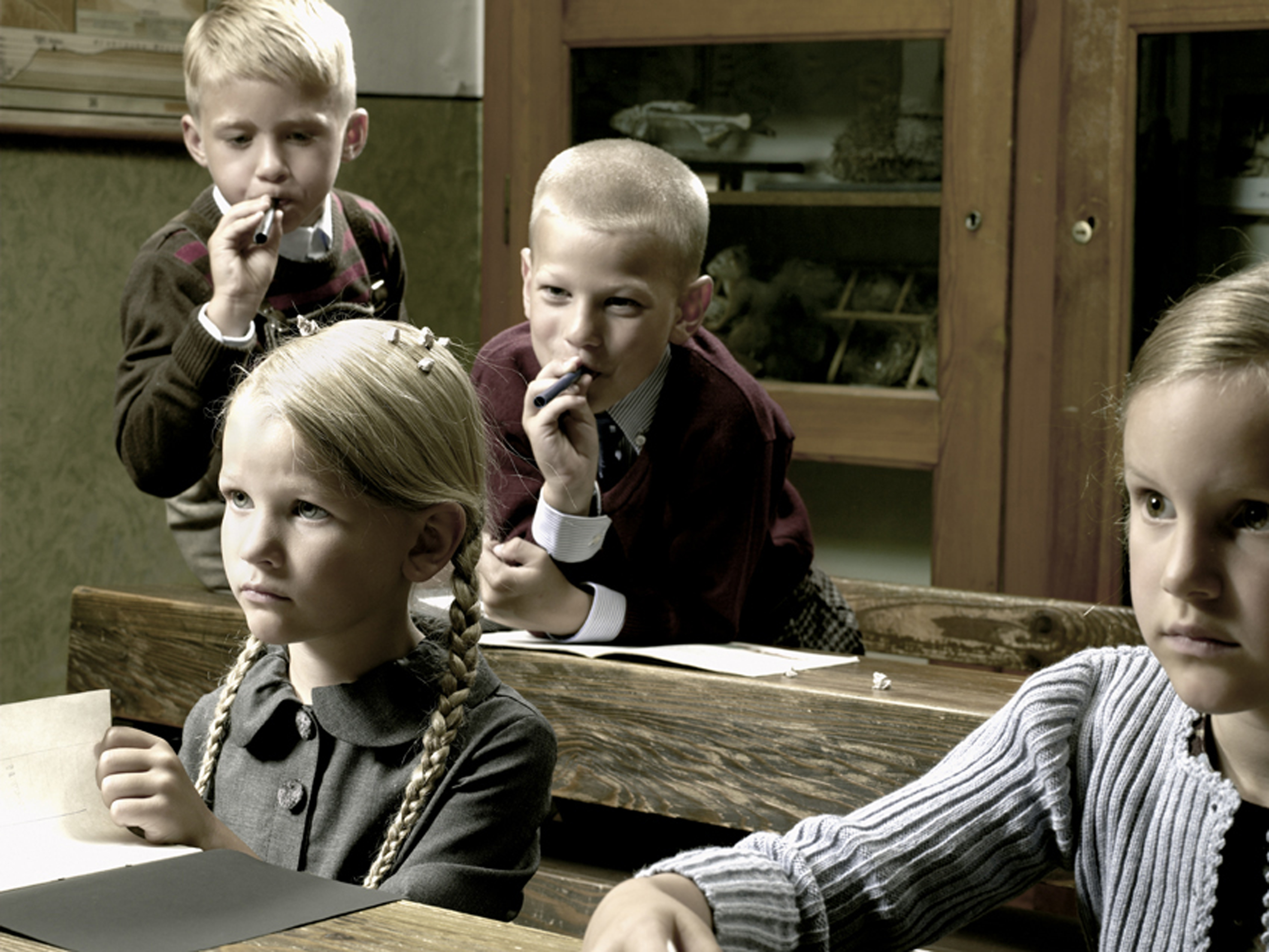 German still-photographic dramatist Achim Lippoth stages group scenarios, mainly of children, that he shoots in clear though muted color; and that run from wit to fantasy, and are always formal, even when the activity of his subjects is intense. In Lippoth’s banner image, we are invited back to primary school where we witness two young girls sitting studiously and attentively at their desks as two boys in the back row lean forward behind them shooting spitballs—if only that would have transpired back in the day. When Lippoth sends up the Nazi youth aesthetic in his “Little Wolves” series, he show us barefoot girls in snowy white t-shirts and black skirts tossing red balls in the air with obvious glee that subverts any sense of disciplined order—the new Germans just want to have fun. (Michael Weinstein)

Through May 9 at Catherine Edelman Gallery, 300 W. Superior.