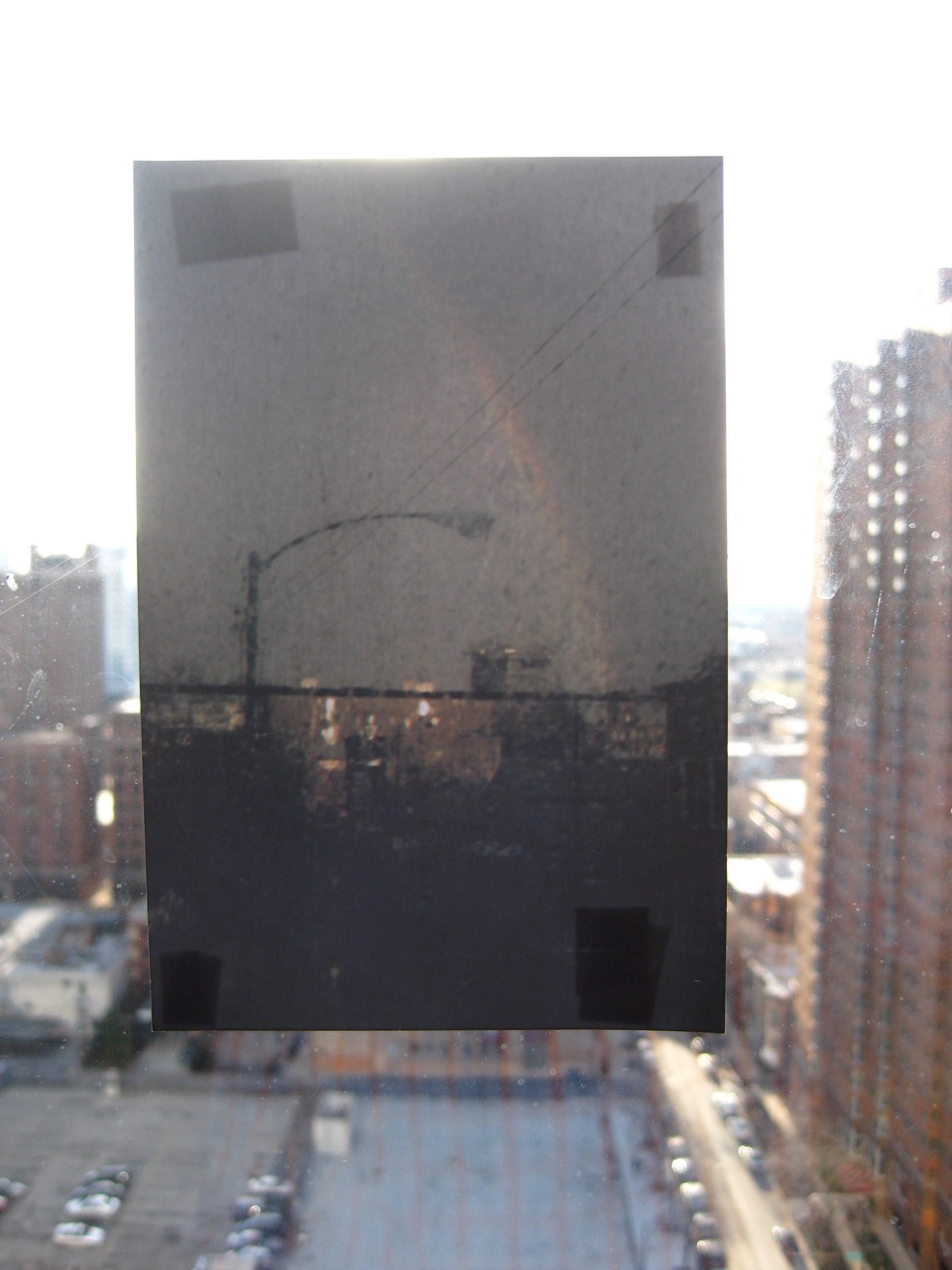 The press release for Elizabeth Weiss’ exhibition at the New York City Gold Coast gallery takes the form of an open book nailed to the wall above gallery co-director Jared Madere’s bed and turned to a page containing three poems by Paul Auster. Just as she upends the press release’s authority by replacing it with a trio of elusive poems, Weiss, a student at the School of the Art Institute of Chicago, has made seemingly random personal ephemera into surprisingly weighty objects of aesthetic contemplation. And just as Auster used detective protagonists in his celebrated New York Trilogy novels to investigate the slippery—and perhaps ultimately unknowable—terrain of identity, Weiss has arranged her exhibition in a manner that subtly evokes a crime scene, from the many mirrors with big black X’s drawn on them (one lies shattered on the floor), to the wall of cryptic notebook pages hanging across a row of tiny watercolors. Traces of the artist are everywhere—in her handwriting, in the empty wooden salad bowl that served home-cooked food at the opening, and in the Sharpie-drawn self-portrait executed on yet another mirror propped against a bay window overlooking the city. Brisk spring air wafting in from open windows and circulated by an electric fan provides bracing reminders to ‘be still and know,’ as the artist has written on one of the notes. Weiss conjures some powerful, if fleeting, aesthetic moments from the simplest of materials; the prospect of seeing what she could do with more adds an additional layer of intrigue. (Claudine Isé)

Nice review Claudine. Very interesting thoughts you posit.
I just wanted to point some things out.
The book above the bed which acts as the press release contains the work of Stephane Mallarme, it is only translated by Paul Auster. And it is in fact one poem, not three. And at that, this press release was authored by the gallery’s former secretary Maxwell G Graham. Record.