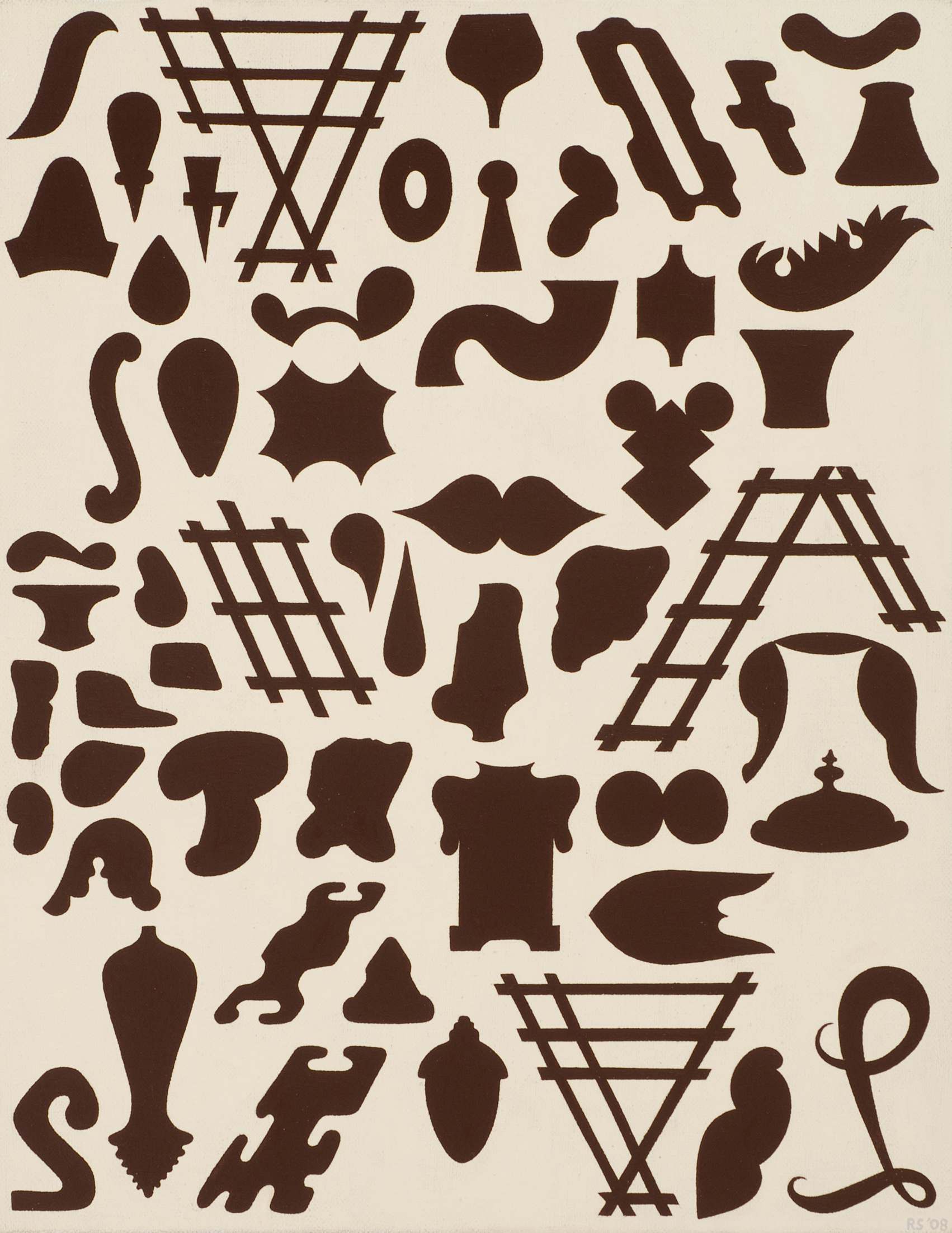 Rebecca Shore has been making paintings for about thirty years, and some of her newest paintings are her largest yet. She usually paints on a panel that’s roughly the size of a sheet of paper, but a few of the new works are about a meter high. The change in scale allows for a greater density of visual information, which is what’s so satisfying about her new body of work—collections of objects and symbols, seen in shadow, and laid out as if on a blanket, the treasured possessions of a collector. As with any collection, the more that’s amassed brings a greater understanding of the whole.

Shore began painting what she calls these “irregular patterns” by noticing and photographing faux rock patterns on houses, which are handmade wall paintings of abstract shapes made to resemble stacked rocks. Her photographs are on view in the gallery, in a small case for reference, and in the show’s catalog. Shore is an incessant collector of imagery who documents signage, advertisements, and even oddball shapes taken from television screenshots.

Many of Shore’s older paintings look to decorative motifs, such as filigree flourishes and stylized floral designs, recalling sheets of wallpaper. The new work, however, brings the imagistic associations to the forefront, including butcher knives, alphanumerics, slippers and urns. Shore flattens these images, thereby abstracting them, turning them into both essentialized and ambiguous forms. 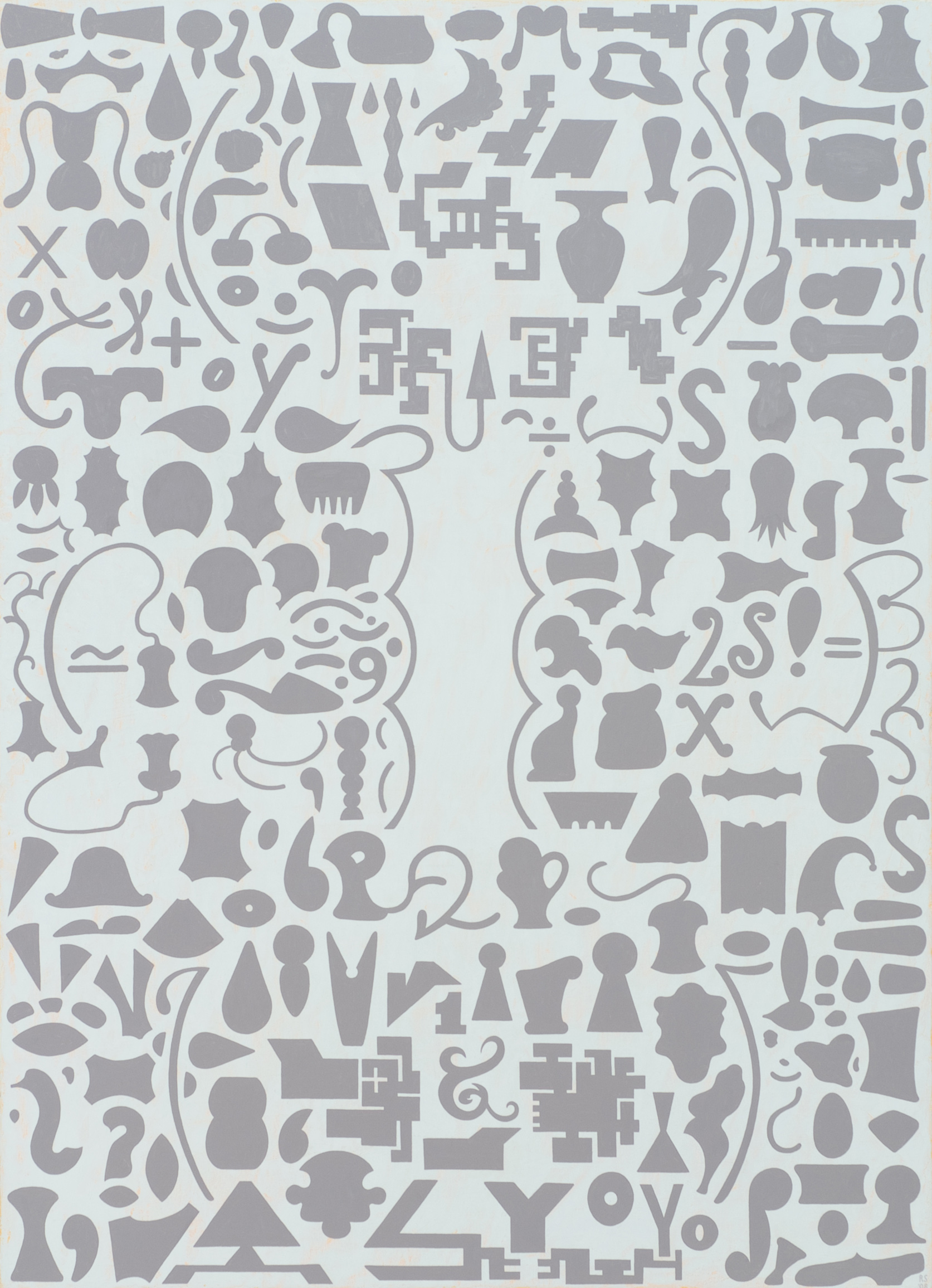 In one painting, she pointed to a shape and said that everybody knows what it is, but many have trouble identifying it. It looked like a lobster’s shell, or a mustache, but I could not immediately decide even though it did feel familiar. Such confusion excites Shore, not because she’s playing with loosey-goosey Rorschach blobs, but because she’s found a way to circumvent language while mapping a visual dictionary—and doesn’t some of the best visual art deny attempts at linguistic precision?

The great surrealist painter René Magritte toyed with the idea of archetypal images and symbols that live in the collective human mind. “The Reckless Sleeper” from 1928 lays out a few of these symbols—hand mirror, bowler’s hat, lit candle—in a rosetta stone beneath a dreaming sleeper. Such icons are also seen on storefront signs, in design handbooks, in the image banks in our heads, and in Rebecca Shore’s paintings. (Jason Foumberg)

Rebecca Shore shows at Corbett vs. Dempsey, 1120 N. Ashland, through May 8.