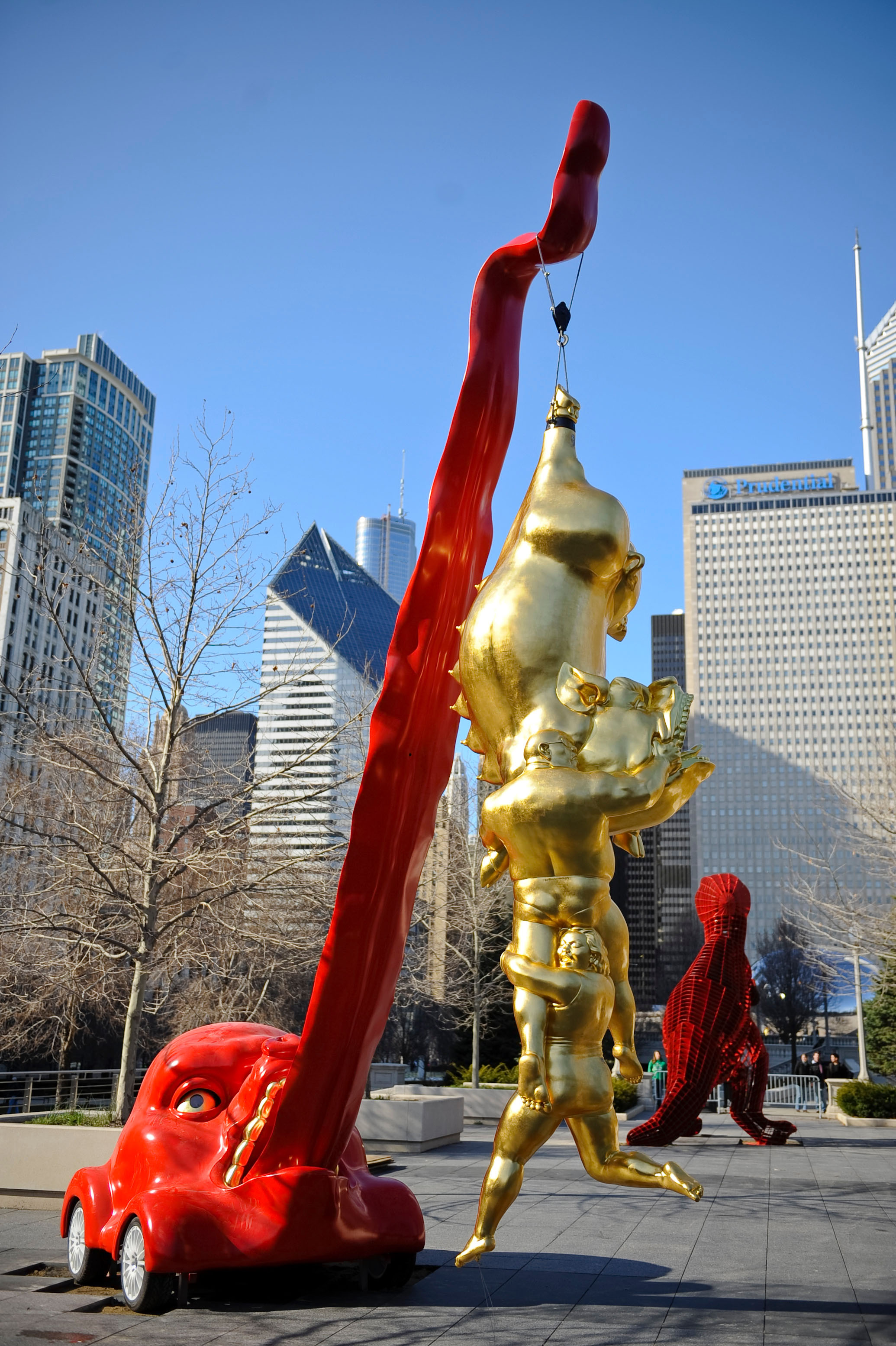 In addition to being an acclaimed venue for public art, Millennium Park has a populist mandate, and the balance between popular appeal and artistic excellence is a difficult one. Chen Wenling’s “Valiant Struggle,” one of four new large-scale sculptures from China introduced into the park, is a critique of an increasingly capitalistic and consumerist Chinese society, but the funhouse aesthetic, especially in the park, reduces the sentiment.

More seriously, the work by Sui Jianguo and Shen Shaomin references international relations and tensions. Jianguo’s “Windy City Dinosaur” is a near-actual-size T-Rex with “Made In China” attached to its stomach that could allude to controversial Chinese toy exports or the many fossil excavations going on in China. Shaomin’s “Kowtow Pump” consists of several oil derricks covered in camouflage and are motorized at different speeds. Kowtow is the act of bowing in respect, and the piece references our continued oil dependence. Seeing it in action is integral but disappointingly it will only run once daily, during tours.

Zhan Wang’s “Jia Shan Shi No. 46” reaches back to tradition and connects to the contemporary without gimmicks. It is a stainless-steel copy of a Chinese scholar stone, which, in its original form, is used for meditation. Wang updates this tradition for twenty-first century China. However, most people seemed more inclined to give it a knock to see if it was hollow than to give it contemplation. Hopefully the artistic message of this and the other sculptures will not be lost on everyone. (Abraham Ritchie)

Through October 11 at Millennium Park, Monroe Street at Michigan Avenue.

[…] April 20, 2009 · No Comments I review the new sculpture exhibition in Millennium Park, “Contemporary Sculpture from China” for NewCity’s April 16th issue, which should still be on the stands.  Click here to go to the review. […]

[…] more pictures and read reviews of the sculptures at art.newcity.com and Chicago Outdoor […]