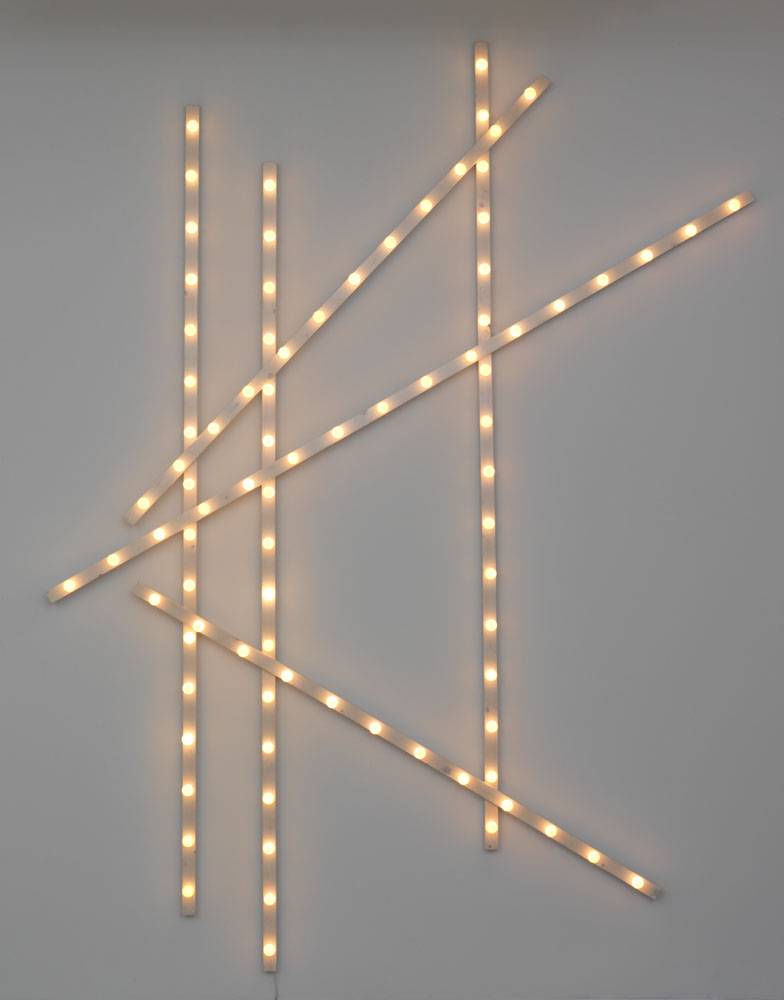 Marc Swanson’s first solo show at Richard Gray Gallery isn’t a turning point or departure for the artist, but a natural continuation of his familiar body of work. Swanson unashamedly plays upon people’s natural attraction to shiny and reflective objects, drawing in viewers with shimmering embellishments of metallic chains, glitter and the apparent overuse of a Bedazzler. His inspiration is varied and the show hints at some of his recurring themes without broadcasting a specific message. Included is his latest work in his recognizable rhinestone-covered animal head and antler sculpture series. The excessive addition of the gems elevates the objects to a cult/fetish status, possibly recalling the story of the Golden Calf and alluding to mystical symbolism. At the same time, the extravagance exudes absurdity. The obvious allusion is materialism and consumption; however, the piece must also be considered in its implied context. Such bestial trophies predominantly have an established context in the male heterosexual realm, and a traditional symbol of masculine prowess seemingly becomes subverted by its sparkly, delicate exterior. Then again, as Swanson might point out, the two don’t necessarily need be so contradictory. (Patrice Connelly).