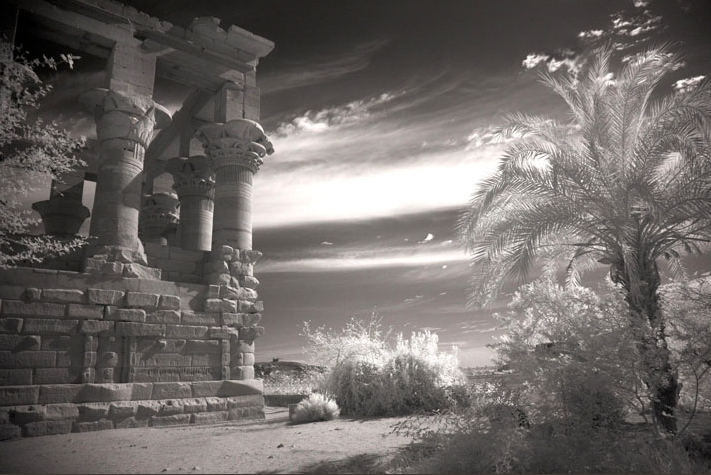 Fitted out with infra-red film, which produces sharp contrasts between glaring white and deep black, Sarite Sanders took off for Egypt to bring us a new take on the ruined scenes of ancient glory that were so dear to the hearts and eyes of nineteenth-century travel photographers. Although she references the old school in her studies of temples, statuary, obelisks, colossi and friezes at close and mid-range, Sanders’s images are decidedly surreal and often seductively eerie, as her subjects seem to come alive in a world that we never see with our naked eyes. Sanders’ stunning take of the “Striding Colossi of Ramesses II” with columns bathed in blinding light against a black sky scarred by an unearthly super-grainy cloud bank recalls the old Flash Gordon flicks that imagined distant and forbidding planets. At the antipodes of a documentary, Sanders’s series is arresting neo-Orientalist visual fantasy. (Michael Weinstein)

Through May 10 at the Loyola University Museum of Art, 820 N. Michigan