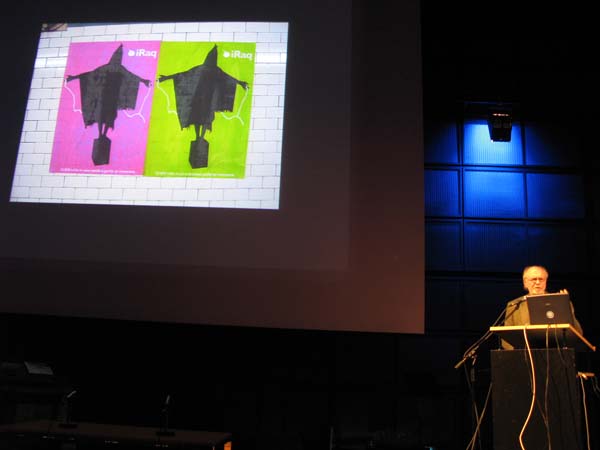 Our Literal Speed [OLS] is a self-reflexive, art historical all-star, conceptual art “media pop opera” taking place in Chicago over the May Day weekend. Its first iteration occurred last winter at the Center for Art and Media Technology in Karlsruhe, Germany, and brought together an A-list roster of jet-set historians, artists, critics and curators for a program that attempted to materialize the structures of consumption and circulation that make up the contemporary art world—with the idea that these structures have become the material of contemporary art itself. Through performances, panel discussions and art happenings, the OLS events in Chicago represent a collaborative effort to literalize the theoretical and pedagogical technologies that make up the experience of contemporary art, particularly as that experience is mediated by various institutions such as the museum and art historical discourse.

While not an obviously critical project, OLS’s goal is a space in which categorical boundaries between, for example, art and criticism, become imprecise and untenable. It presents a moment in which familiar modes of knowledge production in the discipline of art (the slide lecture, the artist talk, the exhibition) are folded into a larger project—in the organizer’s words, a “concept album”—that is intended to become more than the sum of its individual parts. If this sounds vague, it’s deliberate. In a certain sense, the events that make up OLS seem to be asking the fundamental and absurdly broad question of what activities constitute contemporary art and in what forms of professionalization. What the program offers to Chicagoans this weekend is an experience of collectivity (even if it’s just a fantasy) and exchange with a group of people who have significant influence on the discourse of contemporary art. 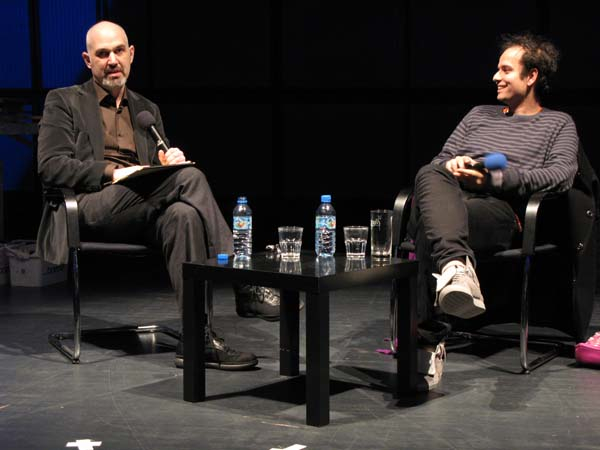 This collaborative and theoretical actionism will be featured in events with Art and Language, giants of 1960s and 1970s conceptual art; Jackson Pollock Bar, a collective that presents and represents historical and fictional conversations on aesthetics in “theory installations”; Andrea Fraser; the Weather Underground; Fluxus artist Alison Knowles; Gregg Bordowitz; and the art historians Hal Foster, Hannah Higgins, David Joselit, Eve Meltzer and Anne Wagner, to name a few. There’s even a soundtrack by The Size Queens, featuring songs such as “Bang! Bang! Lynda Benglis,” with the chorus “Looks like David Bowie but she’s better hung.” If there’s a potential drawback to OLS, it is the latent danger of any self-reflexive, insider event—tautology and a tendency toward snarky collectivism. However, Our Literal Speed is not limited to a consideration of the conditions of its own production, it also takes into account the contemporary socio-political context, primarily in its concluding sessions on art and war.

As one participant says, “[OLS’s] goal is to give you the feeling that you get when you hear a song on the radio, and you don’t really like it much when it is on, but after the fact you start to hum it, and you start to really like it but you don’t know why. That’s what we are aspiring to. The Fergie-Effect.” (Rachel Furnari)

Our Literal Speed runs April 30-May 2. See website for specific times and locations.