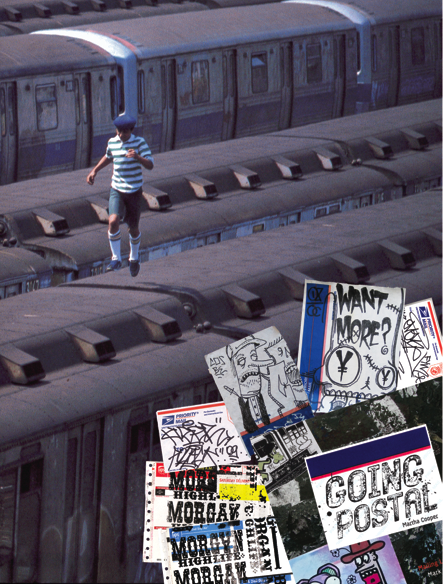 It has been twenty-five years since Martha Cooper and Henry Chalfant’s book “Subway Art” was first published. Widely regarded as the “graffiti bible,” “Subway Art” documented graffiti art during the 1980s in New York City, primarily in the borough of the Bronx. For its twenty-fifth anniversary, the book is being re-released this year in a special edition that includes more content and larger images. This coincides with the publishing of Cooper’s current book, “Going Postal,” which documents contemporary art disseminated through cities on postal stickers stuck to common urban surfaces. Cooper believes these stickers are an example of how graffiti has “progressed and endured.” “Going Postal” also includes the work of several Chicago-based artists. To celebrate, the Chicago clothing and design company Novem, in conjunction with Upset Magazine, is hosting a book signing by Cooper and a sticker sale. All stickers will be selling for $5 and Cooper will also be selling photographs of her work.

In contemporary art, graffiti still continues to pose a great deal of questions in terms of distinguishing art versus vandalism. Twenty-five years ago Cooper and Chalfant were unable to find a publisher for the book in the United States, but now graffiti is thoroughly assimilated in both fine art and advertising. Cooper and Chalfant’s book helped push the style into the mainstream by publishing a firestorm of written, photographic and video documentation of illegal and ephemeral street art. Martha Cooper is a pioneer and a legend in her field, and her presence in Chicago is not something to be missed. (Sara McCool)