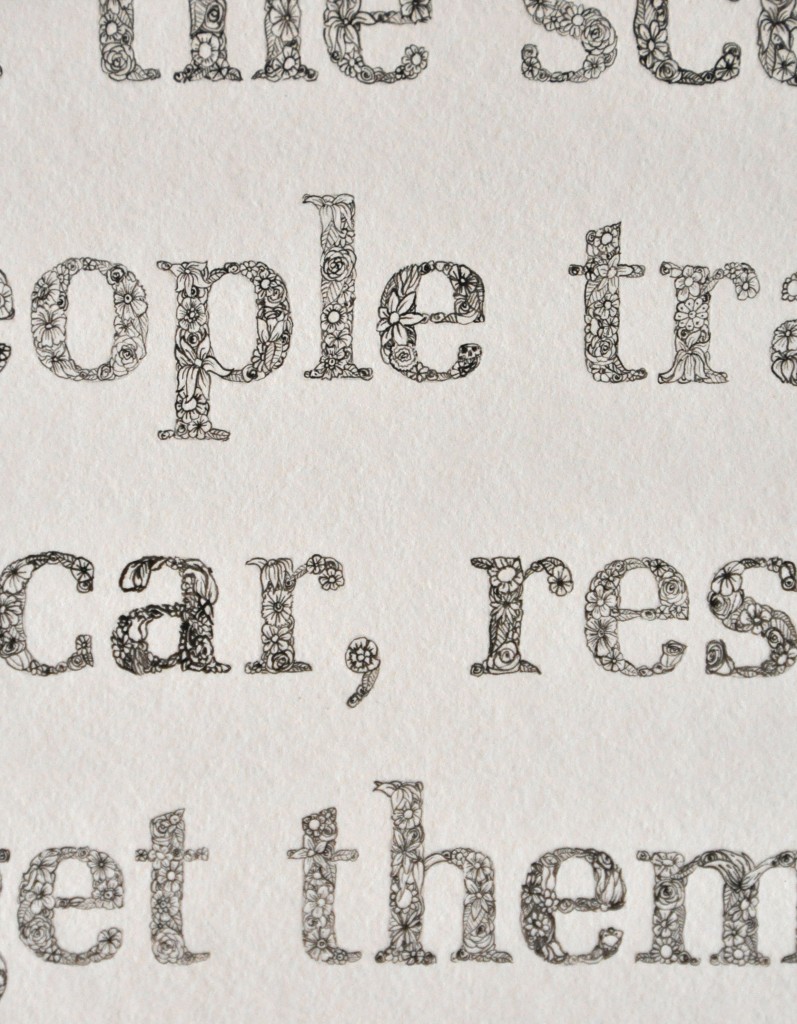 For “Response: Art and the Art of Criticism,” nine art critics selected one artist each to exhibit and ruminate over. Unsurprisingly, this phalanx of wordsmiths produced as disjointed an exhibition as the multitudinous artistic practices that viably exist in today’s art world. Lacking another discernable undercurrent, this collection of art functioned primarily as a counterpoint to the conversations housed within the catalogue and podcasted on the I Space website. In a sense, then, I am faced with the difficult task of critiquing art criticism, the very form of which I am now typing and that you will soon have just read. At the very least, art writing is “a record of another person’s perception” that “makes a point of looking carefully” and then “presents clearly and succinctly what it is they have seen,” says artist Adelheid Mers in reference to her critic Fred Camper. But representing the experiential with a text is like “Saying the unsayable,” writes critic Polly Ulrich, quoting Rainer Marie Wilke, and continually attempting to create the means to communicate the intricacies of our existence without reducing that experience (in this case, art) to the “given name, the institutional name of something, whereby we feel like if we know that name [then] we know the thing,” writes critic Lori Waxman, in the midst of a cultural momentum that is pushing art criticism towards “something closer to talk, which is more exteriorized and socialized, addressed and about transmission,” writes critic Lane Relyea, than about the substance which frequently springs from such conversations. (Dan Gunn)