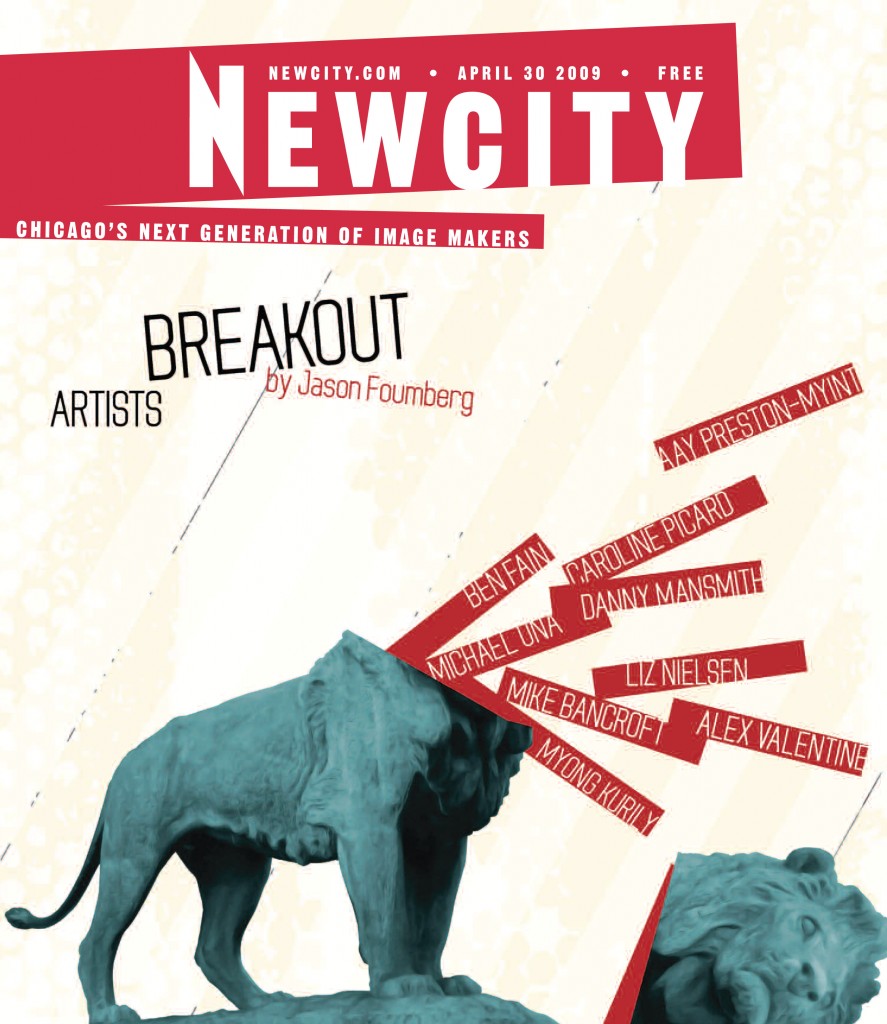 You’re not going to find an abstract painter in the bunch of this year’s breakout artists. Not that there’s anything wrong with that, but it’s getting difficult to define the value of traditional, solo practices in the age of the networked artist. Today’s image makers are less studio artists than opportunists in the expanded field, less gatekeepers of taste than trailblazers in the public sphere—“social entrepreneurs,” as Mike Bancroft calls it. The timing is just right. As this feature is printed, Chicago’s renowned but diminished commercial art fair has opened its doors to include the city’s beloved alternative, artist run and non-profit spaces. The market’s embers are cooling off, and for many that smells like opportunity.