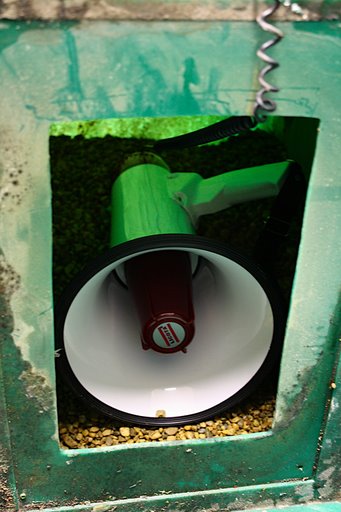 After a few years working as an ad man for Big Tobacco and Big Soda, Mike Bancroft had the big-picture realization that he could continue his marketing career at a comfortable but complacent speed for the rest of his life. “I took the left turn,” he says, and now Mike runs Co-op Image, which introduces extracurricular arts programs to students with limited resources. The projects are an endeavor in “community art,” a term that could doubly mean bringing people together via art, or using the bonds of community as a sculptural material. A recent project drew attention to the city of Chicago’s eviction of the homeless from freeway underpasses right at the start of our subzero winter. Called “Piñata Factory,” Mike engaged his students to make more than 200 piñatas and stuffed them into the chain-link enclosures, creating absurd cages. Mike enjoys the tongue-in-cheek aspect as long as it helps us see we’re a part of something bigger than ourselves.

Chicago is often called the city of neighborhoods, which, to Mike, means that they’re isolated from one another. Even Humboldt Park, where he lives and works, is heavily divided by gang turf wars. Many people dislike crossing Division Street for fear of mistakenly trespassing an invisible line of violence. In an act of reclamation, Mike and his students installed small radio transmitters in abandoned newspaper boxes to broadcast live or recorded messages on both sides of the boulevard. This was an act of infiltration, through an accessible and friendly means. 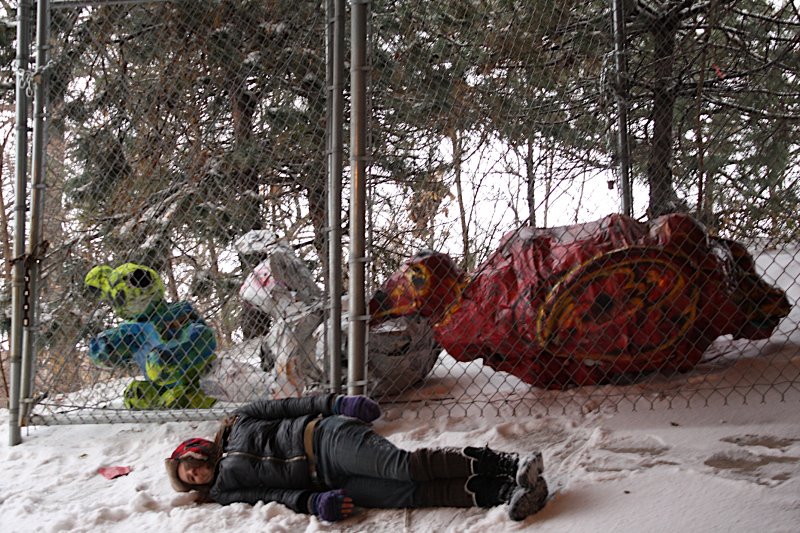 Mike shrugs, “I’m an artist, or whatever you want to call it,” and although using visuals in every project has been important to him from the start, he believes that Chicago isn’t a place to become famous as an artist. Rather, and ideally, it’s a place to get things done. He does, occasionally, take his show on the road. Mike believes that the recent fight over copyright and fair use, as embodied by the Shepherd Fairey versus the Associated Press legal battle, is important, but misunderstood by Fairey himself. As an artist who appropriates images, Fairey has gone on to sue other artists who borrow his own trademarks, notably Obey. As a parody, Mike will set up a lemonade stand outside Fairey’s museum retrospective in Boston, and sell touristy photographs of himself posing with Fairey’s art, as a way to sell Fairey’s art itself. Mike expects that police will get involved, but for him, it’s just a way to uphold his view that we’ve got to open ourselves up to get things done. http://www.mikebancroft.com/