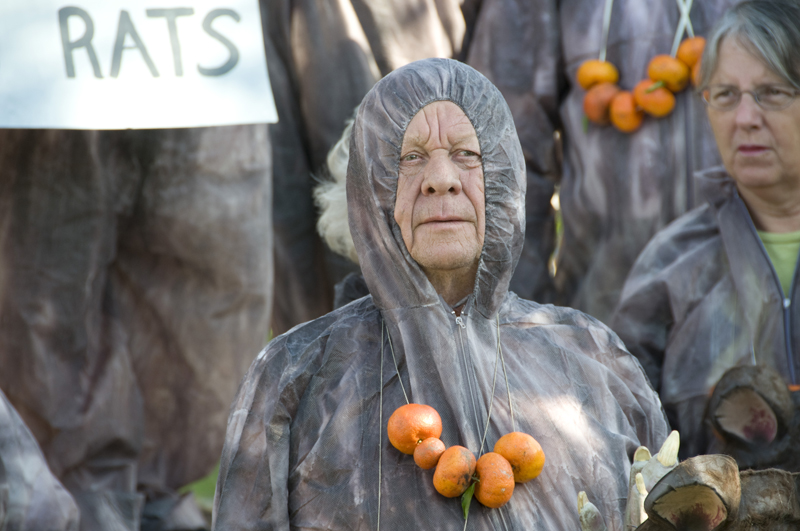 An events-planning mother and a cruise-line-executive father is the formula that produces an artist son who stages parades, Ben Fain. (He fondly recalls reading “Discipline and Punish” on the lido deck). As a parade organizer himself, Ben isn’t interested in the art-parade trend, initiated by New York’s Deitch Projects in 2005, because he thinks the art context neuters what a parade is all about. “Cézanne doesn’t hold a candle” to nineteenth-century Mardi Gras float designs, he says.

Perhaps like a cruise-ship vacation, a parade is most enjoyable when it celebrates gluttony and fantasy. So for his most recent parade designs Ben used rats as the major thematic element. Rats are “insatiable and highly adaptable,” says Ben. Citing an experiment from the 1970s, where two rats were given plentiful resources in a large but contained area, and which resulted in overpopulation, rape, infanticide and cannibalism, he found them to be the perfect metaphor for humanity’s global drain. The first rat parade was staged at Chicago’s annual Boystown Halloween parade, and the licentious setting certainly upheld the rat’s symbolic association. 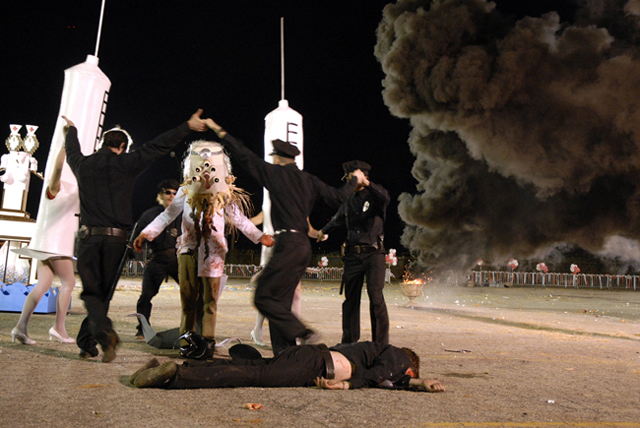 Then, a viewer at the Halloween parade drafted Ben to help create floats for an annual Mardi Gras competition at a seniors-only retirement community in Florida. For two and a half months they kept Ben as their “secret weapon,” and although the rat costumes were to be the basis for the parade, the participants brought their own handiwork to the project. A blanket was knit for a live pet rat. Someone who hadn’t left his trailer for a month joined in. The event became a group collaboration and an experiment in goodwill, and it seems to have changed the way Ben sees himself as an artist, shifting from a gallery focus to a community enabler. “I feel like I could do this my whole life,” he says. 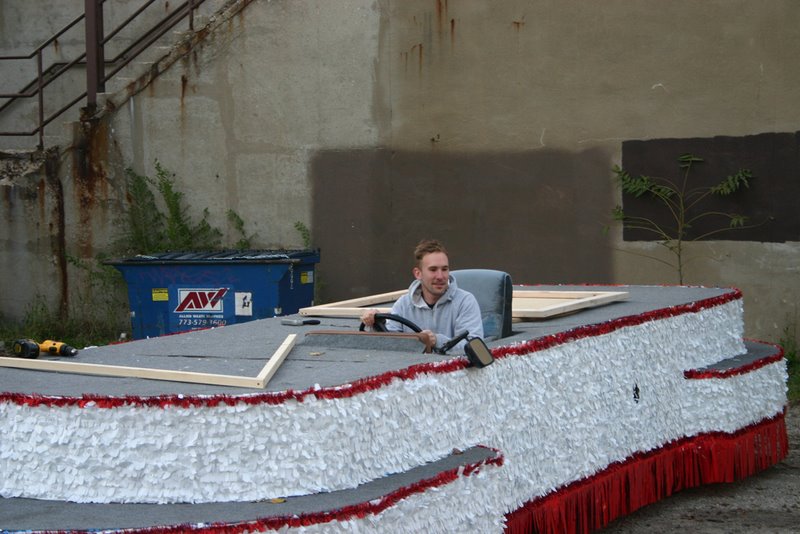 As a former graffiti artist (he once painted an entire tanker car pink), Ben has come to relish all the necessary pyrotechnic permits, city forms, fundraising and promotion as part of the fun—parades, at heart, celebrate a legal or moral order by poking holes in it.

Working publicly is starting to come naturally to Ben, who co-runs an apartment exhibition space called Alogon. There, the gallery owners ask outside curators or artists to hold exhibitions in a sort of free space for people to work. Alogon has been one of the more successful artist-run exhibition spaces in Chicago in recent years. Although it’s a world apart from the senior-citizens-community parade in Florida, they’re joined by Ben’s celebration of man-made possibility. www.benfain.com