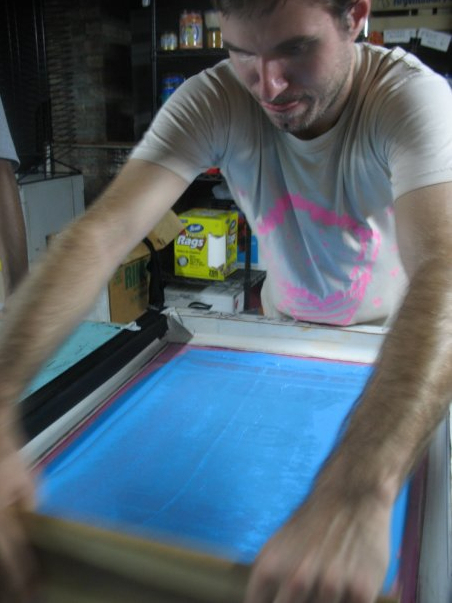 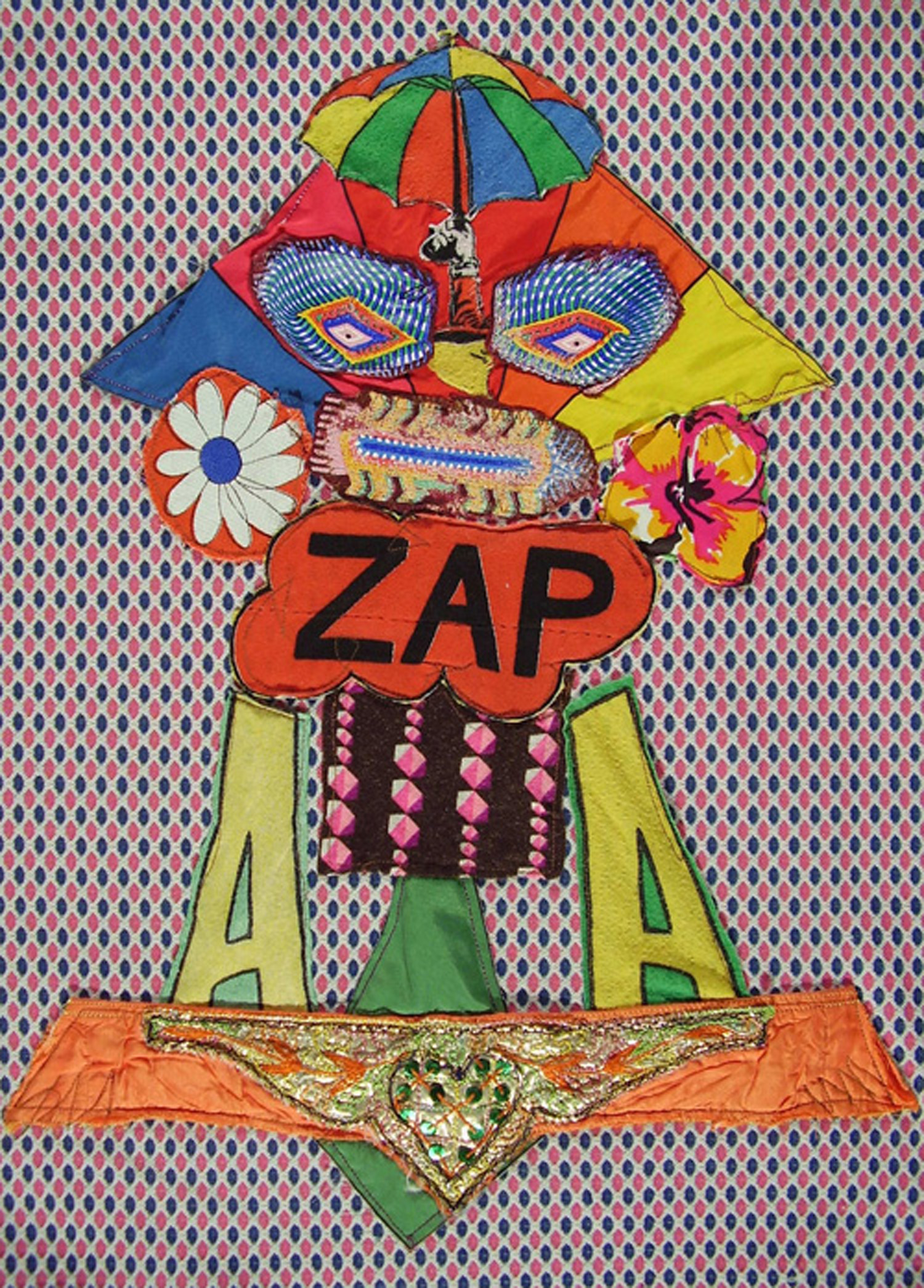 Alex Valentine uses his skills as a screen-printer to bring people together. As a medium, screen-printed posters are droplets of art in grayed urban settings. As process, the print shop invites collaboration. Broadly, screen-prints can transmit both underground screeds and populist sentiments, and each is appropriated by commercial fine art. Alex plays with all these connotations. His latest conquest is a portfolio of posters made over the past year to promote Peace Party, a monthly dance night at Danny’s Tavern, which held a retrospective of the posters and auctioned them to support local non-profits.

The Peace Party posters are pretty raw, but grabbing—“fucked up in a good way,” Alex says. He hand-draws the typography and geometric designs in high-key colors. The idea is that they announce a good time. His gig posters for music shows take a different, more detailed approach, as music is as equally dear to him as making art. (Alex plays drums in the psychedelic band Fake Lake, and DJs all over the city, from the Hideout to Sonotheque). Unlike the dance-party posters, his gig posters and fine-art prints are kind of freaky. They reference paganism and rituals, sourcing imagery from popular printed materials, producing uneasy and disquieting scenes to battle a creeping cultural homogeneity. Technique-wise, the dispersing of halftone dots in the prints coyly heightens a reproduced image’s artifice, or they reflect Alex’s love of his medium.

From his home base at No Coast Collective, Alex prints day and night—sometimes through the night, as the studio hosts twenty-four-hour printing marathons open to the public (“no experience needed… come armed with ideas”)—the fruits of which are displayed and sold in a store that, in part, supports the studio’s activities. At turns, Alex calls No Coast “a clubhouse” that holds bake-offs and book-binding workshops and “an idealistic enterprise where people want to be involved.” The combination is part of its success, as its founding members learn how to develop new revenue streams, and the reward is sustainable artistic freedom.