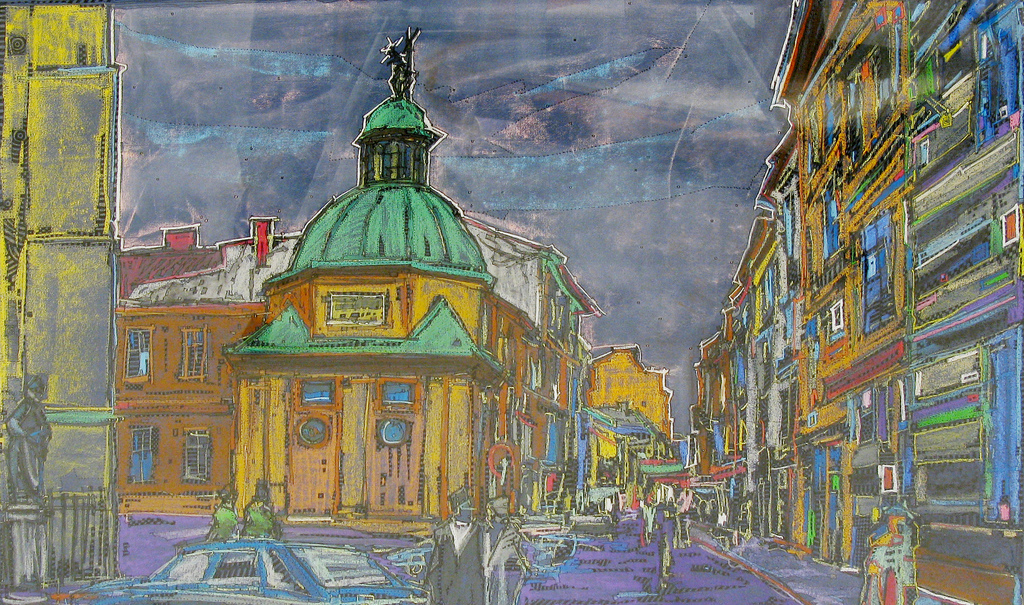 Melancholy introspection does not seem part of the Ukrainian temperament—at least not for the three artists from Lviv now showing in Chicago. And as one of them says, art is  “not only what you create but how you see everything around you”—a world of bright colors, sharp contrasts, jagged lines and shiny surfaces. Maybe back in the bad  old days of the Soviet empire, some Ukrainian artists were more attached to the angst-ridden side of Modernism that still enthralls adolescents of all ages. But like the early  twentieth-century Constructivists, these three seem thrilled by the energy and freedom of the modern world—including a freedom to express a Ukrainian kind of spirituality—as Skop does with his 300 paintings of Kozak Mamai, a traditional warrior/sage/minstrel. Which is also to say that these Ukrainian modernists, two of whom began as architects or  decorators, are not playing the game of contemporary conceptual art. No clever puzzles here—just paintings that grab and hold your attention. Especially the buzzing, electric cityscapes of Mikhnovksy. No, this is not the kind of modernism that will find a place in the MCA or the new wing of the AIC. If only Chicago had a few dozen more alternative  “institutes of Modern art.” (Chris Miller)

Through May 24 at the Ukrainian Institute of Modern Art, 2318 W. Chicago Ave.