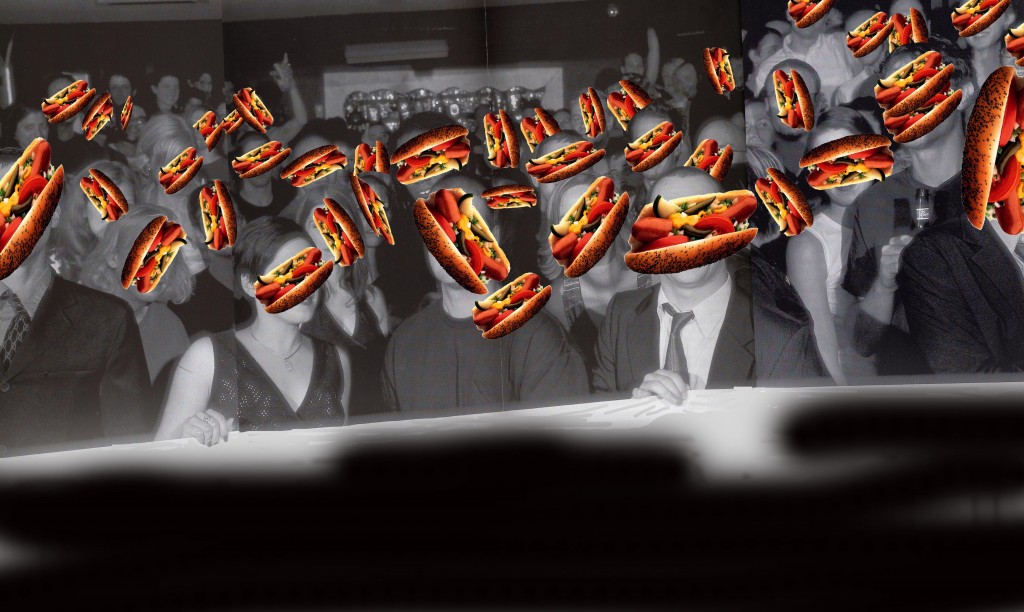 The Hyde Park Art Center has long positioned itself as a booster for a Chicago Style. In the 1960s the Center hosted the legendary “Hairy Who?” exhibitions and now, seventy years after opening its doors, they’re at it again by defining a moment in the city’s artistic history with the exhibition “Artists Run Chicago.” This huge group show, with ninety artists and about 150 objects, doesn’t promote a single stylistic lineage (like the Imagists or Hairy Who), but rather celebrates the act of participation. Curators Allison Peters Quinn and Britton Bertran have selected thirty-six artist-operated “spaces,” or exhibition venues, and collected them in a single, but very large, gallery. All of the spaces, many now closed, have existed in some form (some for-profit and others not, some nomadic, one inside a bathroom medicine cabinet) in the past ten years. This was one criterion for inclusion, which illuminates a thick decade of art history in Chicago. The most important organizing principal, though, is that each space was initiated by an artist, for artists.

At artist-run venues, the airless white-cube ideal is not always upheld. Often you find yourself in somebody’s front room, or hanging out on their balcony, or sitting on their couch watching video art on their television monitor while a cat rubs its face on your leg. Often the show is open for a single night, as normal business hours are not kept. Sometimes there are children, a DJ, beer bongs, a dank moldy smell, a long flight of stairs, and stubble in the sink from the proprietor’s recent shave before the opening. Often this context cannot be divorced from the art in the artist-run space. 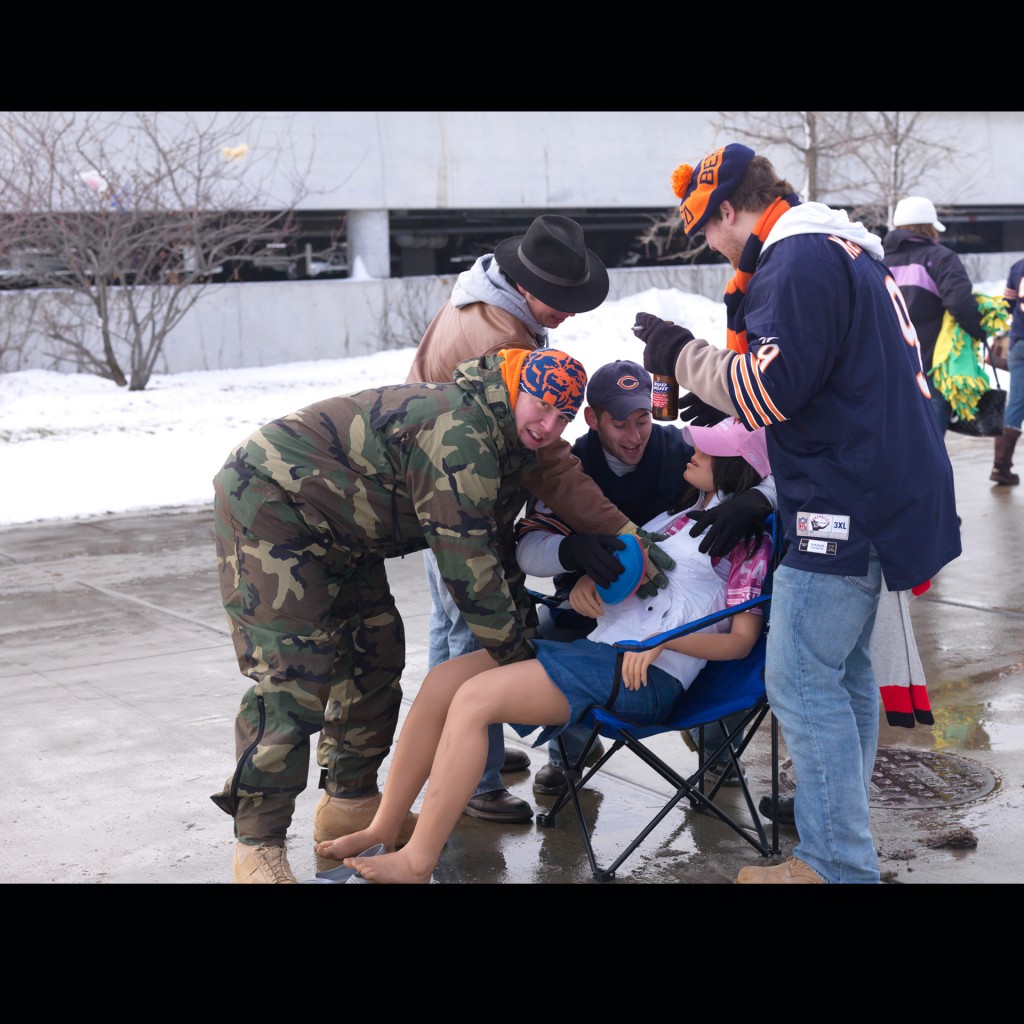 Amber Hawk Swanson, "To Have, To Hold and to Violate: Amber Doll Tailgate"

So, it’s a bit disappointing that “Artists Run Chicago” largely lacks the feeling of attending a show in someone’s home, basement, garage, backyard, rental or studio. It also does not give insight into what it means to maintain an artist-run space: where do they get their operating budgets, who sits at the desk waiting for visitors on a lonely Saturday, which artists are chosen to participate and why. Instead, it’s a huge clusterfuck of a group show, like an art fair minus the booths. To its credit, though, it is successful at mirroring what artist-run spaces intend to do, which is supporting artists by showing their art—and there is a lot of art to view here. Forsaking specific, domestic contexts, the curators have instead engaged the city as a context through increased public programming, including a citywide treasure hunt, panel discussions, a few parties and cookouts, and a “Bean Bag tossing championship”—although that smacks a little too much of a forced good time.

There are some attempts to fold the spaces back into the Center. A replica wooden post from the wood-paneled Old Gold basement is on view, with artist names and poems etched into it, just as the original post has its sixty-year history scratched into it from former tenants. The best exhibitions at Old Gold (its basement location recently closed) played with the retro domestic décor, making the post a fitting tribute. At the Roots & Culture area, several paintings are accompanied by a glass jar of rotting cabbage, a remnant of director Eric May’s kimchi demonstration from the opening. Kimchi, a Korean dish, must ferment, or rot, before it is to be eaten. So, when viewing the works by Roots & Culture gallery artists, one must also confront the stench of putrid vegetables, an experience similar to actually visiting the gallery on Milwaukee Avenue, where homemade food is often served, and a random Saturday visit might include Eric browning some ground beef on the stove. The rotten smell here, though, is unfortunately repellant. The show’s only brick-and-mortar simulation of a physical space is of The Suburban. Smaller and more light-filled than the original, the room does succinctly replicate the original’s cement-and-cinder-block austerity. A new artist will have a mini-exhibit in the gallery each week for eight rotations. When I visited, artist David Coyle displayed a perfectly flat white painting, a succinct representative of The Suburban’s art-school cool. The same format, with a replica gallery and schedule, occurred in 2006 at Illinois State University, in Bloomington. Not that the space is conducive to transplant, but its importance to the city’s scene makes it ripe for colonization.

Some artists realized the potential for maximum visibility, and so they placed artists in the exhibition while also turning their back to the show at large. Others took a mournful approach, with plaques and tombstones, or re-creating seminal exhibitions, memorializing the closed spaces, such as Livebox, Margin and Fraction Workspace. Still others found a way to merge the show’s theme with the art, and these are highly enjoyable. Julius Caesar artists created an audio guide rigged as wearable sculptures. One track is Molly Zuckerman-Hartung’s “Everyone,” which name drops people in the Chicago art world for ten minutes. It’s an attempt at inclusion, but the biases are revealed as names are read in groupings of institutional affiliation.

There is so much to see here, and hardly enough space to mention it all. NFA Space’s contribution of a gallows in a shipping crate is powerfully evocative. There’s tons of video art. There are gimmicks and grand gestures. There is history in the making.