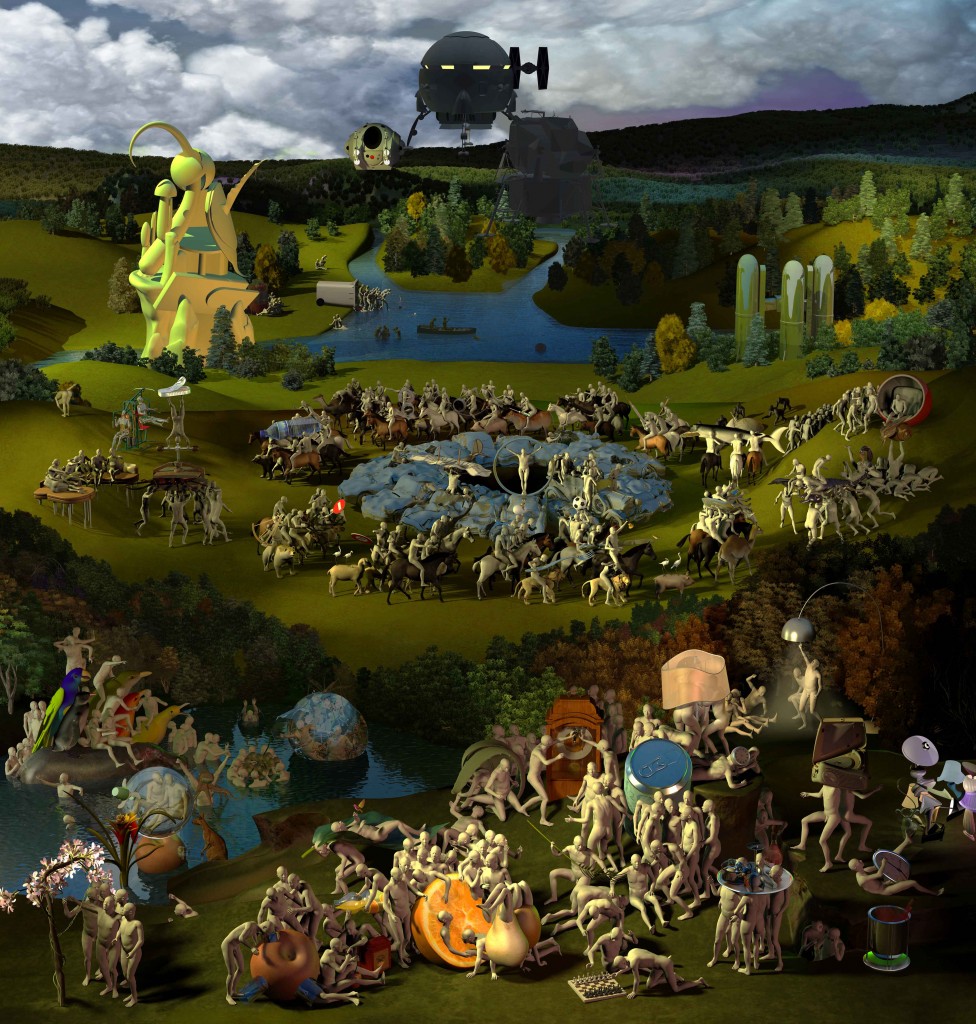 In a twenty-first century postmodern replay of Hieronymous Bosch’s “Garden of Earthly
Delights,” Chinese photo-artist Miao Xiaochun has produced a nine-panel series of richly colored digital photographs depicting his densely populated visions of heaven and hell. Following the master’s lead of grim and bizarre fancy, Miao’s most arresting image takes us to the bottom of a contemporary inferno where we see naked human figures crawling, clustering and collapsing amidst a litter of instruments, machines and contraptions, as conflagrations of conflict ignite above the chaotic scene. Each one of the seemingly endless details deserves inspection for its own symbolism; in the lower-left corner, a man has been impaled against a massive computer keyboard, having been pilloried in a clock so that his head sticks out of its face and his legs jut out of its frame. That is only the beginning of the eye candy that Miao has in store. (Michael Weinstein)