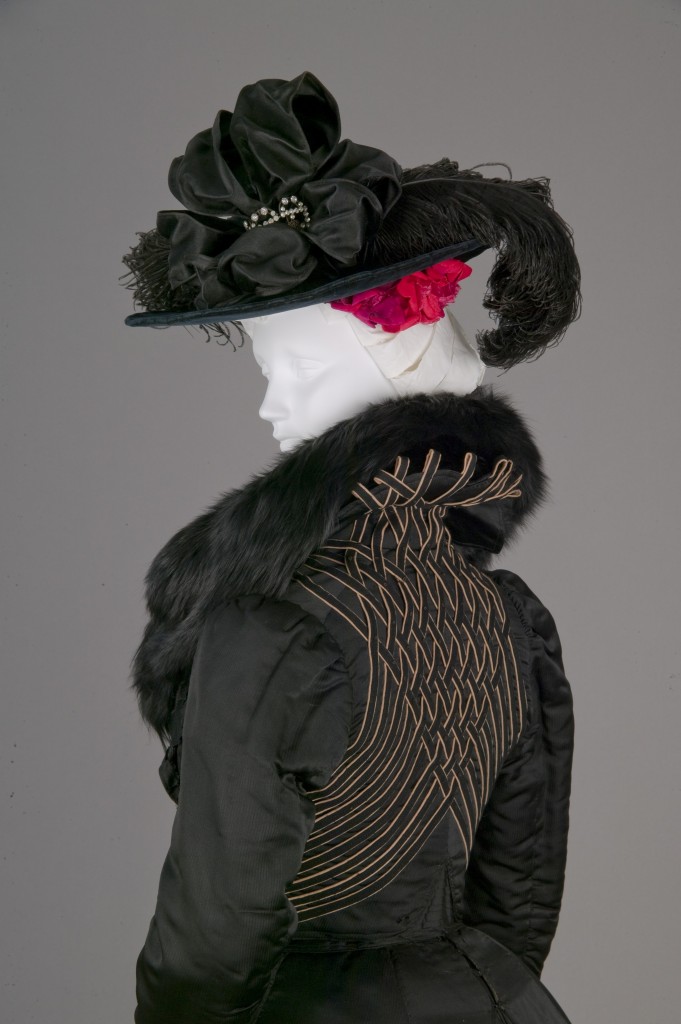 “A springtime strip” is the name of an editorial recently published in the University of Chicago’s student newspaper in which its writer—a freshman—bemoans his peers’ revealing dress in the warmer months. “Do our students become tramps to more effectively enjoy the weather, or do they use the weather as an excuse to more effectively become tramps?” (This sentence and others were decried by readers as hateful and misogynist, and later redacted by the paper’s editor.) The writer frets over short shorts not longer than its wearer’s pinky finger, and men’s “thin, transparent, often sweat-stained T-shirts meant to be worn as underwear.”

Several days later, in a news segment called “The Patdown,” WGN reporter Pat Tomasulo headed out to the lake shore to fret about topless men. Who should and should not go shirtless was the gist of the reporter’s commentary, with a few nods to short shorts and peek-a-boo butts. For comic relief, and perhaps as a hyperbolic example, Pat jogged a little wearing a black suit and tie in the warm spring sun.

Besides being excuses to point at semi-naked bodies in public, these two incidents beg the question, are we indecent? Has our sense of good taste fallen behind our sense of fashion? I had the opportunity to ask Timothy Long, curator of the clothing collection at the Chicago History Museum, if he finds the current styles of dress to be inferior to times past. With a huge trove of clothes at his disposal—more than 50,000 objects mostly from the nineteenth and twentieth-centuries—Long withheld judgment, instead opting for the long view. We don’t follow trends or adhere to tastemakers anymore, he said, although certainly we’re more inclined toward the casual. For reference, we were inside the exhibition “Chic Chicago,” a historical tour of women’s couture that traces the development of the modern woman through her dress. (To boot, each dress on view was worn by a Chicago socialite.)

To be fair, though, it’s not quite accurate to compare a pair of Forever 21 booty shorts with a made-to-order Chanel dress—that would be like comparing a paint-by-numbers seascape with a Winslow Homer watercolor. How did we arrive at our state of public near-nakedness? The 1920s-era flapper dresses on view in “Chic Chicago” lend a clue. These cuts are Long’s area of fascination, for it’s where women shed their corsets in favor of loose, non-form-fitting fabrics. Long points out that the boxy shapes don’t reveal the particularities of a woman’s body, which a corset would have enhanced. Instead, the flat-fronted dresses give the body an almost androgynous, even boyish, appearance, and this, says Long, ushers in the death of the Victorian woman and the birth of Modern femininity (which also happened to coincide with the woman’s suffrage movement).

For further guidance on this era I looked to a recently published book titled “The Chicagoan: A Lost Magazine of the Jazz Age,” a collection of articles and art from The Chicagoan, a New Yorker-style magazine produced in and about Chicago from the late 1920s to mid-30s. Each self-smart article seems to have been written by a (caucasian) uncle who’s drunk on martinis and whose smarmy charm spills from his winking eye. Still, the lavish book is an enthralling look into Chicago’s past, when it was self-styled as a sophisticated capital city on par with London. Even then, amidst theater openings and gentleman callers and tea times, editorials in The Chicagoan regarding fashion are not complimentary. “Chicago is famous for many things, but the Well-Dressed Man is not one of them,” writes one commentator from 1927. A year later, a writer describes several high society scenes and their inhabitants in an editorial titled “the Mayfair Mannequins.” “Chicago society is horribly dull,” he begins, and ends with the plea, “Oh, won’t some kind soul in Chicago pick up the torch and follow?”

The tongue may be planted firmly in the cheek in these articles, for in “Chic Chicago” fashion torchbearers are certainly discernable. Long says that high-society women wore and collected couture fashion as a way to combat second city syndrome. By bringing international designs into Chicago, they raised the bar, and perhaps even inspired local designers to sew with an eye toward the avant-garde.

On the first floor of the museum, a newly opened exhibition explores the fashions of Bertha Honoré Palmer, the nineteenth and early twentieth-century queen of Chicago, philanthropist par excellence, whose Impressionist art collection went to the Art Institute. She was an admittedly bored housewife who, with her extra time and husband’s money, improved the cultural life of Chicago, especially for women. Palmer did choose to wear a corset, and collars up to her neck, and never exposed a leg, and delighted in Victorian ribbons and lace. She was a reformer at heart but a traditional dresser—all the better, says curator Long, to present new ideas under the cover of thickets of dress—a revolutionary in a familiar, comfortable package. Who is our contemporary equivalent of Mrs. Palmer? Likely it’s Oprah, says Long—one of whose dresses appears in “Chic Chicago.”

“Chic Chicago” runs through July 26, and “Bertha Honoré Palmer” opened May 23 at the Chicago History Museum, 1601 N. Clark, (312)642-4600. “The Chicagoan: A Lost Magazine of the Jazz Age” was published last fall by The University of Chicago Press.