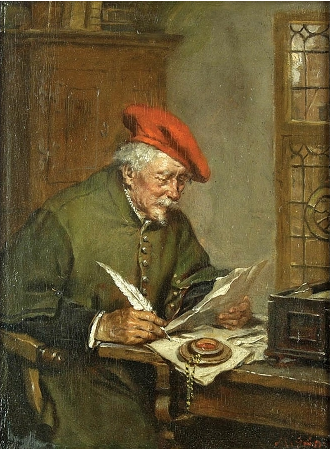 Five hundred years ago, a visionary (and successful) businessman such as Eckhart Grohmann might have built a monastery, chapel or temple to enshrine his legacy—and in a way that’s exactly what he did two years ago on the campus of the Milwaukee School of Engineering. Recycling a four-story office building, he added a triumphant tower at the corner, embellished it with mosaics for the floor, murals for the encircling walls, and stained-glass windows for the ceiling of his regal, circular office that sits on top like the captain’s bridge on a ship.

The rest of building, all three floors of it, was filled with 700 artworks that celebrate the passion of his lifetime: good, old-fashioned hard work (especially in factories, like the kind he used to own as former chairman and president of Milwaukee’s Aluminum Casting & Engineering Co. ). Wow! A museum about working people—there’s nothing else like it, except perhaps in some former Soviet republics—which makes this project even more bizarre because it does not seem to include a single work made by artist unions of any communist regime. Instead, the emphasis is on the painting and sculpture of western Europe (especially France, Belgium and Germany), beginning with the sixteenth-century and running up to the present day.

Some of the best (and most controversial) work comes from Erich Mercker (1891-1973) who loved sunlight falling on the construction sites of Hitler’s autobahn as much as other Impressionists loved to see it falling on young women and flowers. A few of the artists are familiar names, and this is probably the largest collection in the world, outside of Belgium, of the sculptor Constantin Meunier (the Art Institute has six pieces, but only one is on display). 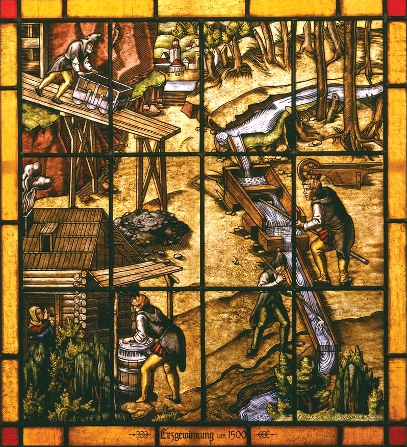 But mostly, this is a genre that is beneath the radar of American art museums, especially regarding the living artists who are categorically excluded from collections of contemporary art. Which makes the collector, Eckhart Grohmann, something of a pioneer—and just a little bit of a megalomaniac (you can walk out onto the windy roof of the museum to peer into his well-appointed office that oversees the campus). How long this personal dream will outlive the dreamer is anybody’s guess. (Remember what happened to the Terra Museum?) The sculpture-murals-mosaics-glass that he commissioned are problematic because they are all copied from historical pieces in his collection (and an eighteen-inch statue doesn’t necessarily look so good when it becomes ten-feet high and is set on the roof). But as long as it’s there, this collection is sure to be a unique and thrilling visual experience for anyone who enjoys looking at good representational painting and sculpture, especially of industrial landscape and the people who work in them. And it’s a fascinating jaunt through the industrial history of Western Europe. Does the collection raise ideological issues? Of course it does, and it’s likely that this industrialist-collector stands somewhat to the right of our mainstream art world.

The Man at Work Collection is on view at the Grohmann Museum at the Milwaukee School of Engineering, 1000 N. Broadway, Milwaukee, Wisconsin