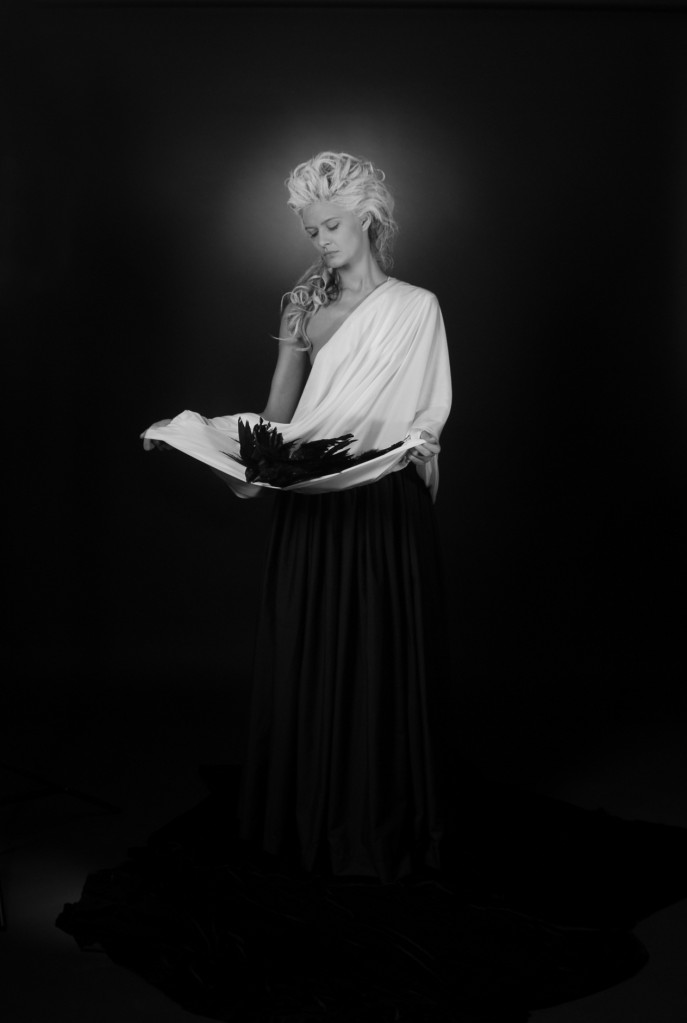 If you want to go goth, there is nobody better than Dorothy Ann to satisfy your photographic taste for the imagery of seductive doom. Against deep black backgrounds, Dorothy Ann has her models pose so that they suggest the psychological power that will draw any man into a deadly embrace to which he will have to submit; they are illuminated so starkly and exist in such splendid isolation that they will inevitably fixate attention. What could be more attractive than a willowy lady with locks of hair flying wild in the wind, encircled in the frame of a hoop that might serve as the foundation of an equally flowing skirt? Dorothy Ann’s insight is the truth that contrivance is what lies behind the effects that we take for granted as natural; the essence of goth is that death is always already present in what we take to be primitive passion. Female viewers might experience what Dorothy Ann herself claims to feel—wrestling with the thought of mortality. This series, she says, helped her overcome the angst. (Michael Weinstein)

Hi there,
I’ve visited Dorothy Ann’s gallery last weekend. All her artworks are amazing I was staring at that wall quite a long time. Check her website at http://www.dafinephotography.com
Good luck Dorothy Ann!