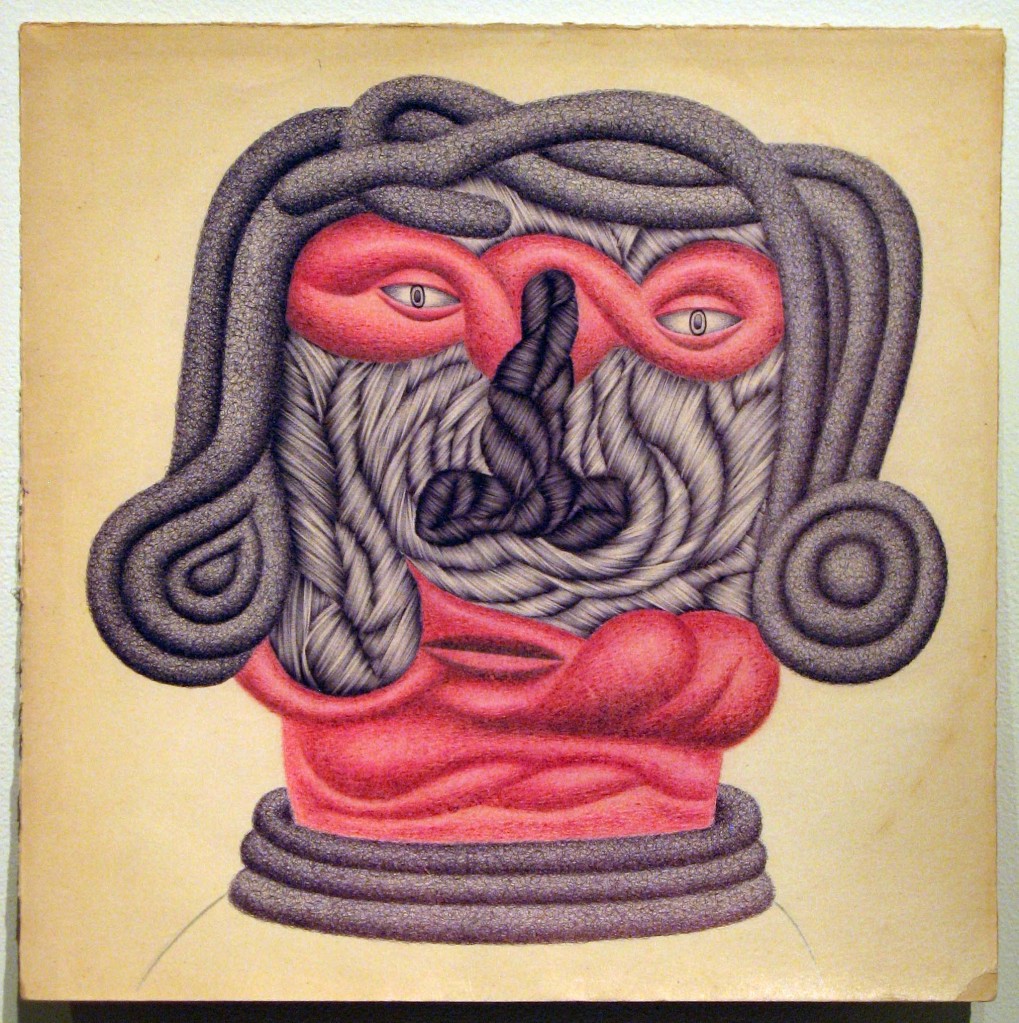 When it comes to drawing, a couple of clichés are often evident. The first is that drawing is more immediate than other media and is therefore better at revealing the “essential self.” The second says that self-taught artists hold greater claim to authentic self-expression simply because they are outsiders. When combined, these assumptions form a seductive narrative mythos that can be hard to resist. Such fictions certainly inform the outstanding selection of works in “Primal: Drawing as the Mirror of Self,” but for the most part that selection (consisting mostly of gallery artists) serves to unpack the myths at least as often as it plays to them.

Inspired by the Museum of Modern Art’s 2008 exhibition “Glossolalia: Languages of Drawing,” which sought a common visual language among the seemingly Babel-like incoherency of styles, methods, and approaches in contemporary drawing, “Primal” includes better-known outsider artists like Henry Darger, Bill Traylor and Joseph E. Yoakum (who were also featured in the MoMA show) along with Lee Godie and Frank Jones. It also mixes in a few interesting up-and-comers like Orly Cogan and painter Marc Dennis alongside artists with substantial exhibition histories like Phyllis Bramson, David Sharpe and graphic novelist Chris Ware.

Cogan’s use of vintage embroidery panels as a surface upon which to stitch her own Edenic “primal scenes” speaks to contemporary art’s continuing interest in the reappropriation of domestic handicraft while resonating subtly with Darger’s panoramic scenes of hermaphrodite children threatened by an unseen, impending doom. Jones, Martin Ramirez, Stephen Palmer and George Widener share with numerous “mainstream” artists a compulsion for mark-making and patterning, while Godie’s colorful heads in profile evince a Warholian attraction to glamour and the bold, graphic line. More than anything, “Primal” is a treasure-trove of contemporary drawing, providing multiple entry points to a medium that is as rich and multivalent today as at any other point in history. (Claudine Isé)