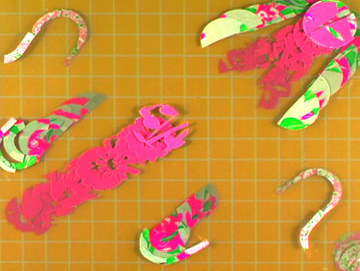 The mystique of an appealing product has everything to do with denying its disposability and reproducibility. So, while the admirable handicraft of the unique artworks in “Post-scarcity” at 65Grand would seem to resist the economic connotations of curator Thea Liberty Nichols’ exhibition title, a common thread in all three pieces is a hypnotic anonymity of sorts, evoking the siren beauty of the commodity.

This is perhaps most explicit in Jodie Mack’s video “Screensaver,” in which a mesmerizing loop of pink and green paper pieces perform a swirling stop-motion ballet, created through a clever frame-shooting algorithm with stacks of prepared transparencies.  In a burst of further designed-object genius, Mack bedazzled the cute cubic monitor with paper leaves and petals similar to those in her animation.

Monica Herrera’s marble run, “Impatience,” is a cunning assemblage of long chutes and boxes made from a wide variety of unpainted wood. While Herrera envisioned “Impatience” as partially a sound piece, the degree to which it visually hovers between an anti-monumentalist Arte Povera wall sculpture, an Ikea toy kit and a remarkable Boy Scout project is what gives it a strikingly impersonal, archetypal aura. 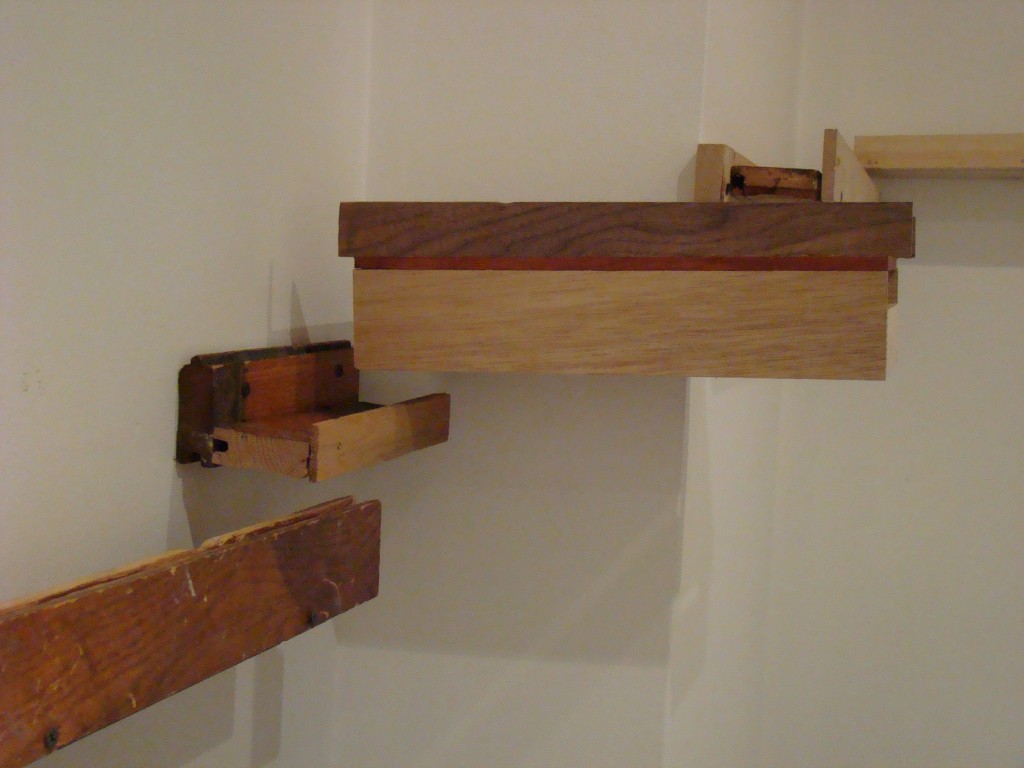 Eliza Fernand’s costume and floor sculpture, “Gushing,” in which she performed at the opening, shares this uncanny quality of the Platonic ideal. If you, dear reader, were to imagine an artificial volcano devised from sewn and stuffed fabric, complete with stocking-like magma streams and a puffy glove of smoke and ash, I believe you would imagine something quite similar to the lovely object Fernand realized.

“Post-scarcity” features charming, tasteful and carefully executed artwork. But if that’s not enough to recommend it, just drop in to see if the works you imagined while reading this are in any way distinct from the magical items that confront you in a real three-dimensional art gallery. (Bert Stabler)