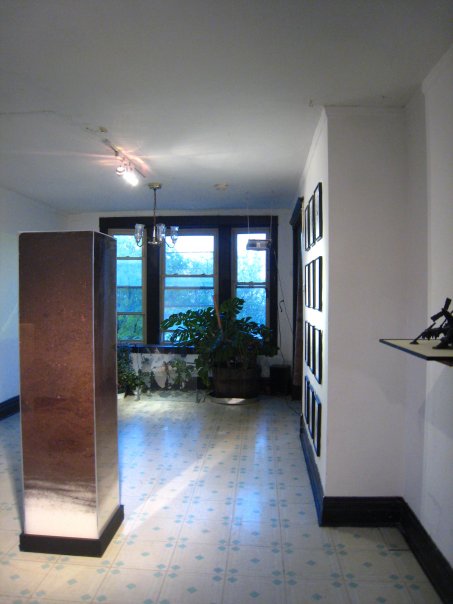 The Green Bicycle Organization, like other alternative spaces in Chicago, is tucked away on a neighborhood street, in this case, on the second floor of a Humboldt Park walk-up. Past the loitering residents of the North Hotel on California, a crumpled sign written in faded pink marker reads “G.B.O. 2nd floor,” clearly marked on the third-floor doorbell, a tribute to the building’s erroneous electrical wiring.

This quirkiness is mirrored in the GBO’s interior aesthetic, characterized by linoleum floor in the main space, vibrantly painted walls in the hallway, kitchen and dining room (which doubles as a library), and slanted floors throughout. The space, atypical in layout and design, reflects the mission of the organization in its nonchalant oddness. Arguably more than other alternative spaces in Chicago, the GBO resists the term “gallery” in favor of unconventional modes of exhibition and performance. The group writes, in part, “anomalies [are] our goal.” 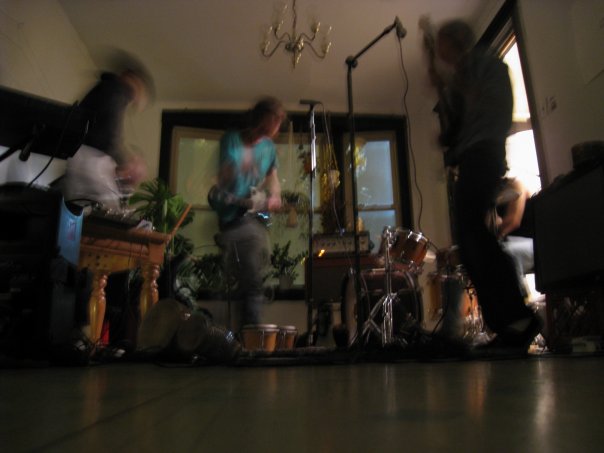 Typical programs include performances, readings, critiques and exhibitions, but the space has served primarily as a venue for experimental sound and music shows. Performers have included Rob Drinkwater, Eric Leonardson, Carol Jenetti, Nauscopy, Julia Miller, Chris Preising, Michael Vallera, and The Changeless Round, among others. “The GBO is really one of the few venues for experimental music in Chicago,” says Schneider. Typical music shows often boast more than one performer, with works ranging from experimental drone via processed guitar to a capella vocal endurance pieces, to choreographed and scripted collaborative readings.

Collaboration marks the GBO’s defining attributes. Of her experience with the space, Groetsema contends, “every event is a different experience with different people and gives me a place where I can constantly re-examine and rethink the purpose of and the goals of our project both as a collaboration and the broader: an arts space in Chicago.”

Groetsema and Mansour will move out of the space in August, with continued contributions from afar. Schneider will uphold the space with two new collaborators. Potential future project goals include curated art exhibitions, public art lessons and a publication. (Jamie Keesling)

The Green Bicycle Organization is located at 1626 N California #2

[…] Jamie Groetsema is an artist and one of the co-founders of The Green Bicycle Organization (thegbo.wikispaces.com). You can read more about the project here. […]