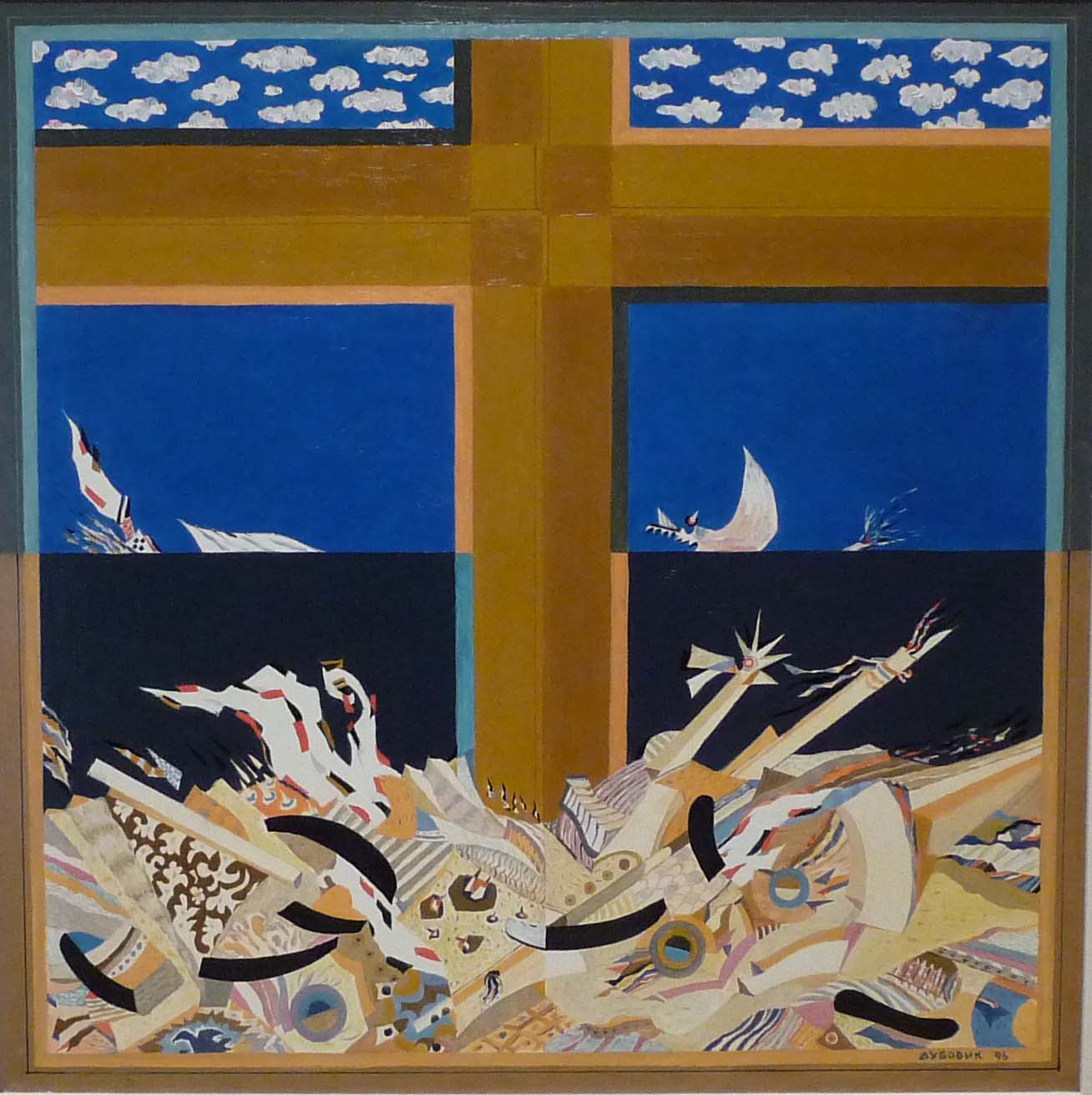 “But is it art?” is a question that will never come to mind in the Ukrainian Institute of Modern Art. The level of skill is so high and the references to art history are so many—especially in this current exhibition of two mature, well-established members of the Ukrainian Artists Union. As with all the work shown at this gallery, as well as in the nearby Orthodox churches, it all feels so fresh, clean and high-spirited. But still, often something seems to be missing.

Vasily Fedoruk (born 1950), who recently moved to Illinois, is a master stone carver working in both figurative and abstract styles, practicing an art that’s been absent from American monuments for almost a hundred years. His geometric stone pieces are like architectural details, cut from some great, whimsical palace, while his eclectic figures belong in some kind of temple—Egyptian, Persian or Byzantine. There’s a lot of playful variety. There is also some, but regretfully not a lot, of power.

Accompanying Fedoruk in this show are the paintings of an older colleague, Alexander Dubovyk (born 1931), in a mini-retrospective, with pieces from 1958 until today. The two early pieces, a figure and a landscape, show the high level of training that artists received in the Soviet era. The subsequent work seems to be on some kind of intense spiritual quest, but its orthodoxy is Modern rather than Christian. It’s as if he had a repressed desire to be painting religious icons—and I wish he had totally surrendered to it. (Chris Miller)

Through August 30 at the Ukrainian Institute of Modern Art, 2318 W. Chicago Ave.