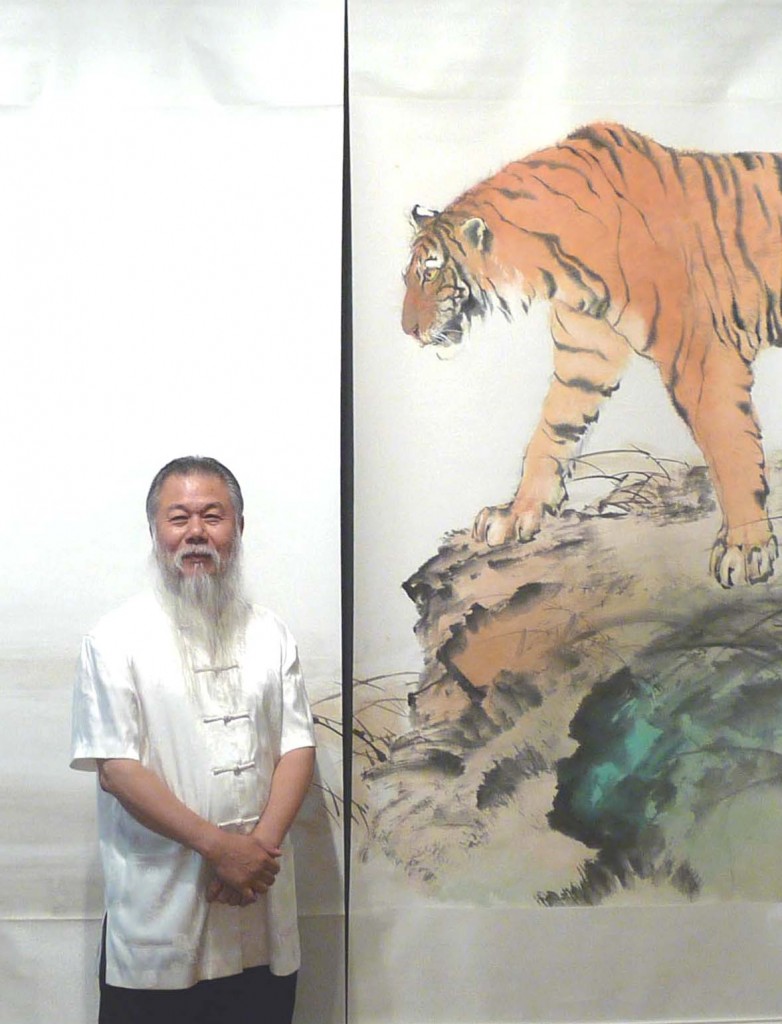 Like so many Chinese who came to North America over the past hundred years, Andy Chan was born in the coastal city of Taishan. In 1955, his family moved to nearby  Hong Kong, where he attended university and studied traditional Chinese painting. But the tradition that he joined, the Lignan school, was perhaps the least  traditional of all, having begun in the early twentieth century as an attempt to modernize Chinese culture, following the lead of progressive artists in Japan. As Gao Qifeng (1889-1933) explained it: “I took up the study of Western art, paying particular attention to portrait painting, light and shade, perspective, etc. I then picked out the finest points of Western art and  applied them to my Chinese techniques that included masterful strokes of the pen, composition, inking, coloring, inspiring background, poetic romance, etc.” And that is  basically what Andy Chan, and thousands of other Lignan painters, have been doing ever since. The aristocratic Chinese sense of quiet, timeless majesty has been replaced by the dynamic hustle and bustle of the modern  world. Following the lead of his master, Chao Shao-an (1905–1998), Andy Chan has developed an especially explosive sense of form, and used it with great success to make a variety of large animals (especially tigers) come to life. This kind of work is mostly shown and sold in Taipei and Hong Kong, so this is a rare opportunity in Chicago to see the mastery of this contemporary pictorial style. (Chris Miller)