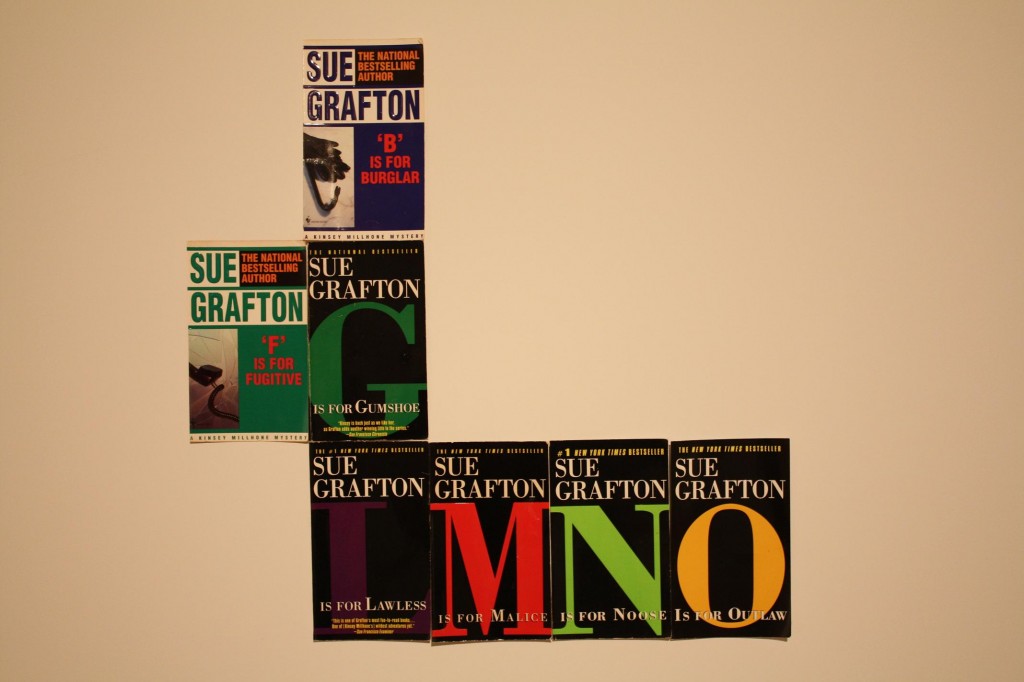 In artist Kay Rosen’s exhibition at Gallery 400, the play between the visual and verbal structures of language, and the meaning derived, is of primary concern. The exhibition will evolve over the next three months from its current selection of collages and a video to a wall painting and an accompanying essay titled “The Center is a Concept.” Despite its incomplete state, the pieces on view now are intelligent and playful examples of Rosen’s conceptual aesthetic.

In “HIJACKED,” from 2002, Rosen created a collage of book covers using the Kinsey Millhone series by crime thriller author Sue Grafton. Grafton’s covers, ripe for Rosen’s art, make a simple game with words. “L is for Lawless,” is one title; “M is for Malice” is another. As the alphabet plods along, so does Grafton’s series. From this stream, Rosen plucks a few titles and arranges them in a crossword-puzzle style on a wall. Rosen barely more than re-presents these covers because in their current state they are like readymade Rosen pieces, complete with the artist’s signature punning style.

In “W,” from 2003, Rosen appropriates an image from the New York Times on beige card stock with a capitalized W placed on top of the image. One can easily draw conclusions. The photo shows a complete state of decay and destruction. A group of soldiers ascend stairs in a building. The specifics of the image, coupled with the letter W, reference former President George W. Bush and the unending Iraq war that first began in 2003. The letter, now typecast, is no longer a building block for other words. It is a whispered curse. (Britt Julious)