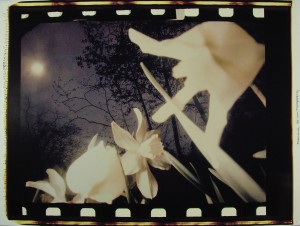 Barbara Crane’s photography is synonymous with Chicago. She’s been documenting the city’s cultural and civic life for so long that her insights have become ingrained into our own experience, as if to inhabit Chicago is to enter a Barbara Crane photograph. Skyscrapers brace each other in clusters; crowds entangle themselves at the crushing rush hour; couples pair up for thrill rides at the fair, and Barbara was there to catch a shot.

At 81 years old, and with over seventy-five solo exhibitions under her belt, Crane’s retrospective, opening this fall, solidifies and celebrates her commitment to a unique and singular vision. Over 300 pieces from sixty years of work will be exhibited, accompanied by a thick catalogue with slick reproductions. And she’s still working—her newest series picks up on her classic theme of the pedestrian experience, distilling it into a grid of leggy forms and elongated noontime shadows.

Crane carries the banner of Modernism, a style developed here in Chicago. Attending the Institute of Design in the sixties meant studying under the progenitors of modern photography—Siskind, Siegel, Callahan—and inheriting their formalist acuity. This is evidenced in Crane’s frequent use of grids, her taste for repeating forms and her ceaseless experimentation with the photographic medium. Every few years she seems to have picked up, and mastered, a new technology. Her platinum-palladium prints are crisp studies in black-and-white, while her Polaroid transfers push color and texture to visceral depths.

Street photography, though, will be Crane’s legacy. Small in stature but armed with her camera, she took to the streets during hot summer days to capture the city’s various personalities. Never one to use a telephoto lens, Crane positioned herself within the crowd to achieve direct and intimate results. One series pictured frivolous love at the Taste of Chicago. For another, Crane stationed her camera at the exit of the Museum of Science and Industry, using the door to frame each passing body. The result is an index of diversity. During the winter months, Crane moved indoors to produce portraits of objects found on the streets, each one thoroughly chewed and digested by the city. These moribund, exhausted relics complete the circle from street life to decease. (Jason Foumberg)