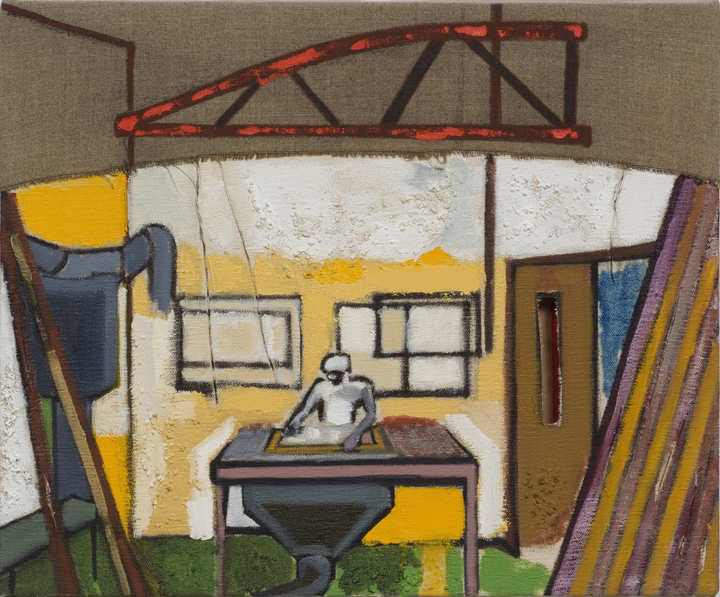 Is William Staples a man out of time, or does the rigor with which he poses questions about his medium provide an unsettling reminder of how easy it’s become to collapse art history into visual culture, paintings into “images”? To look at Staples’ paintings is to grapple with this question. Most of his works are small enough to fit comfortably on an easel, though Staples himself doesn’t use one, and use classic art-historical subjects like flowers, landscapes and horses to ask questions about perception and artifice that obsessed Modern painters but are now often assumed to have been sufficiently answered.

“I’m interested in painting as a continuum, as a tradition, not in trying to break away from something or destroy or subvert it,” says Staples, who earned an MFA from UIC in 2002 and is a founding editor of the late, great visual-art journal Blunt Art Text (B.A.T.), published in Chicago from 2005-2007, which dedicated itself to the art of long-form art criticism. 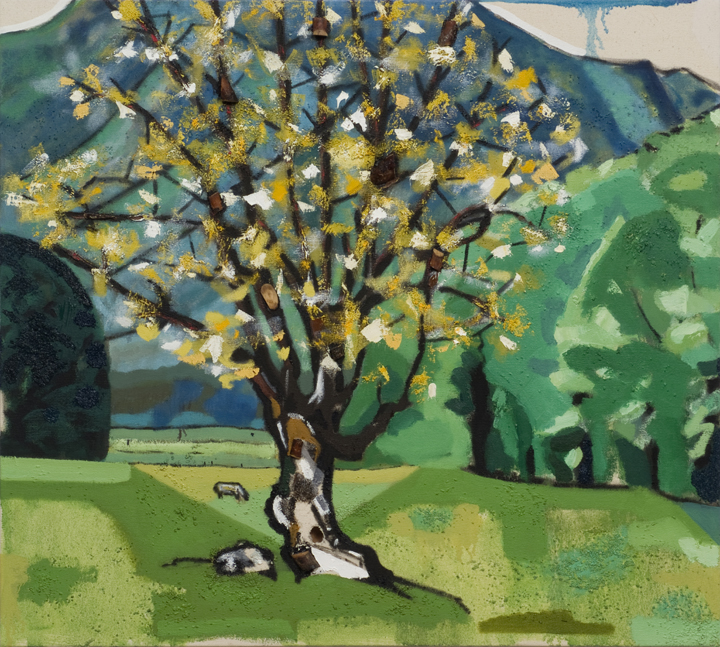 An unapologetic advocate of studio-based practice, in 2005 Staples curated (with Andreas Fischer) a show at Gallery 400 at UIC featuring artists who, like himself, locate meaning not through association with specific trends or “shared criteria” but in “the imagination of the individual artist.” In his own work, Staples eschews overt subject matter to focus on issues of surface, line and form—the things that make paintings what they are: paintings. The geometry of windows, doors and interiors is boldly demarcated; sand or sawdust is mixed with paint for a rough, heavily pigmented feel, and elements like wood, mirrors and Plexiglas are sometimes affixed to the canvas’ surface or backing. Staples also excises small portions of certain compositions, creating windows, hollows and peepholes that further extend their perceptual space.

Although he does rely on found images, it is not their subject per se that draws Staples to a particular visual source but its compositional aspects. No doubt the fact that contemporary audiences invariably invest images with cultural reads has led Staples away from the more loaded content of works like “Balcony,” his 2005-2007 painting of terrorist Afif Ahmed Hamid looking over a hotel balcony during the Munich massacre. In Staples’ latest works, the content, as it were, lies not in what is depicted but in how. Instead of “Balcony,” Staples gives us “Red Cow (after Velazquez),” a painting that references the latter’s “Mercurio y Argo,” in which the shrouded god Hermes prepares to behead the sleeping shepherd guarding the white cow Io. Staples makes the scene a nightscape, the cow manifesting as a blood-red silhouette set off against oily blacks and browns.

Like Ariadne’s mythical thread, paint and paint alone is the guidepost to maneuvering through each of Staples’ paintings. “I think the meaning has to come from the paint, from the work in the canvas,” he says. “The only meaning you’re going to get is a visual one first, and that will lead to whatever is implied within there.” (Claudine Isé)