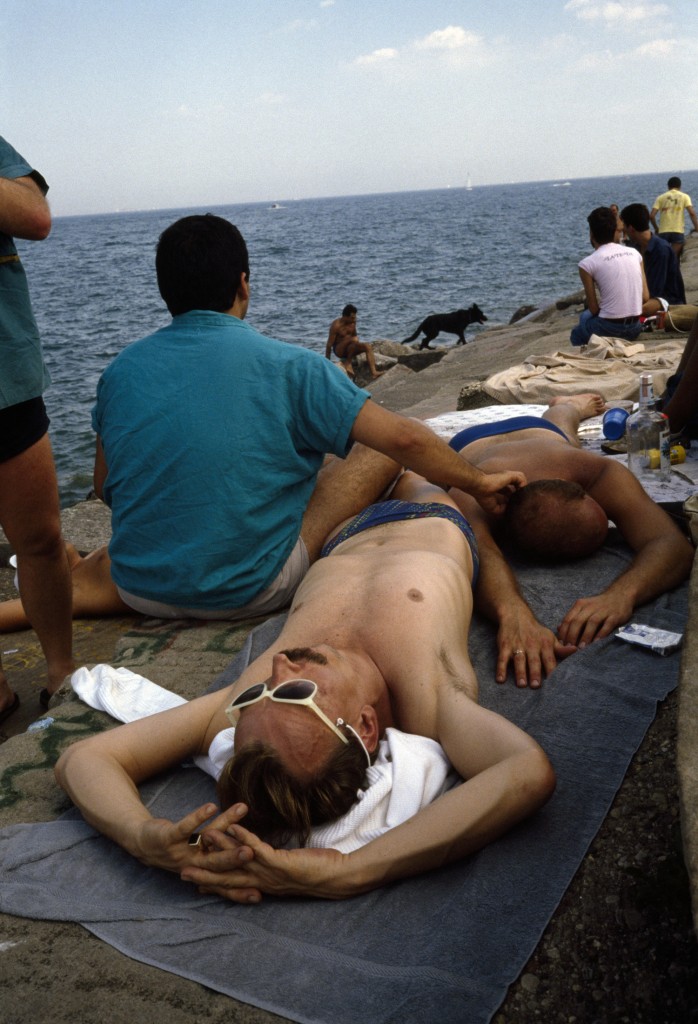 Back in the day, a quarter century ago, the long-gone rocks at Belmont and the lake shore were a preferred summertime hangout for gay men who disported themselves unabashedly, partaking of the ordinary pleasures of a day at the beach, along with more intimate pursuits. Working within the tradition of ambient social photography, Doug Ischar documented the scene in color photos that get close up and project the sense of sweet lassitude that we are wont to feel on those crazy, lazy days. In Ischar’s shots, bodies cluster in unplanned statuesque formations—living sculpture gardens—in which each member is oblivious to the composition and ever ready to shift its configuration at will and whim. In Ischar’s banner image, an empty bottle of vodka on a beach towel rests next to a man lying prone as another man sits and places his hand on the first one’s head; between them, a third man lies on his back in deep contentment, wedged tightly between the other two—ménage-a-trois was never so blissful. (Michael Weinstein)