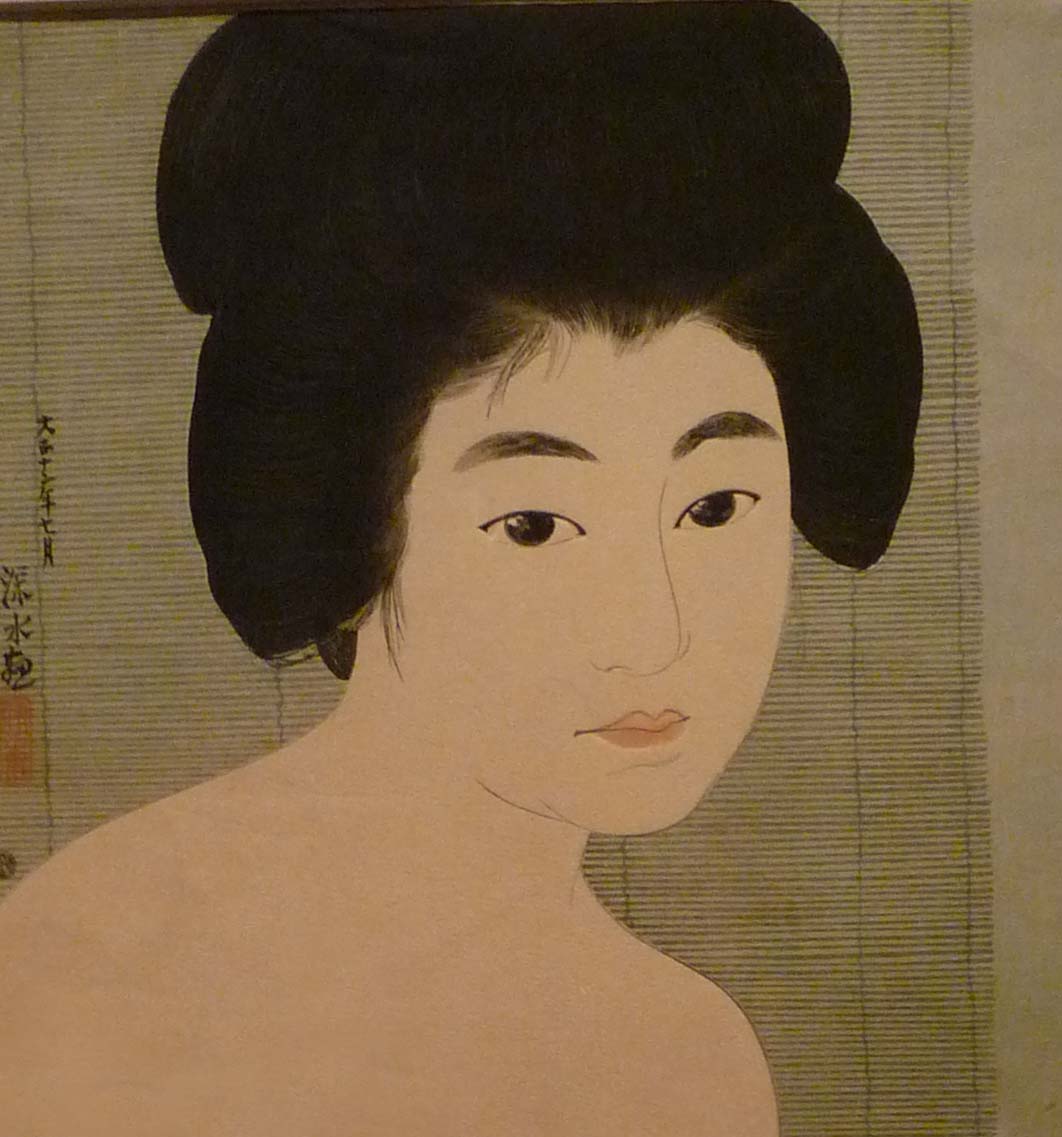 In many ways, Ito Shinsui (1898-1972) carried traditional Japanese pictorial art into the twentieth century, as did his master, Kiyokata Kaburagi (1878-1972). They both continued the genre of bijin-ga, images of beautiful women, with its delicious lines, elegant postures, colorful patterns and especially bold designs that made Ukiyo-e so popular with late-nineteenth-century European artists and collectors. And while many other Japanese artists of their generation moved into a more personal, expressive kind of printmaking, Ito Shinsui continued the relationship with the craftsmen who cut his wood blocks and the publisher who produced them. Recognized as an exceptional talent when he was still a teenager, he was soon being published by Watanabe Shozaburu, a young entrepreneur who exported Japanese prints to European and American collectors (including, of course, one who lived in Chicago). But his work was not strictly retro—and that’s the fun of it. In one early piece, he does a variation on a Van Gogh landscape. His townscapes may feature telephone poles, and his beautiful young women are more like modern daughters and less like Ukiyo-e courtesans. They seem as puzzled by the modern world as the rest of us are. This exhibit covers forty years of his career, so it’s a good opportunity to see his women mature along with him—though, unfortunately, the last ones serve as models in commercial advertising of the 1950s. (Chris Miller)

Through December at the Art Institute of Chicago, 111 S. Michigan Ave.