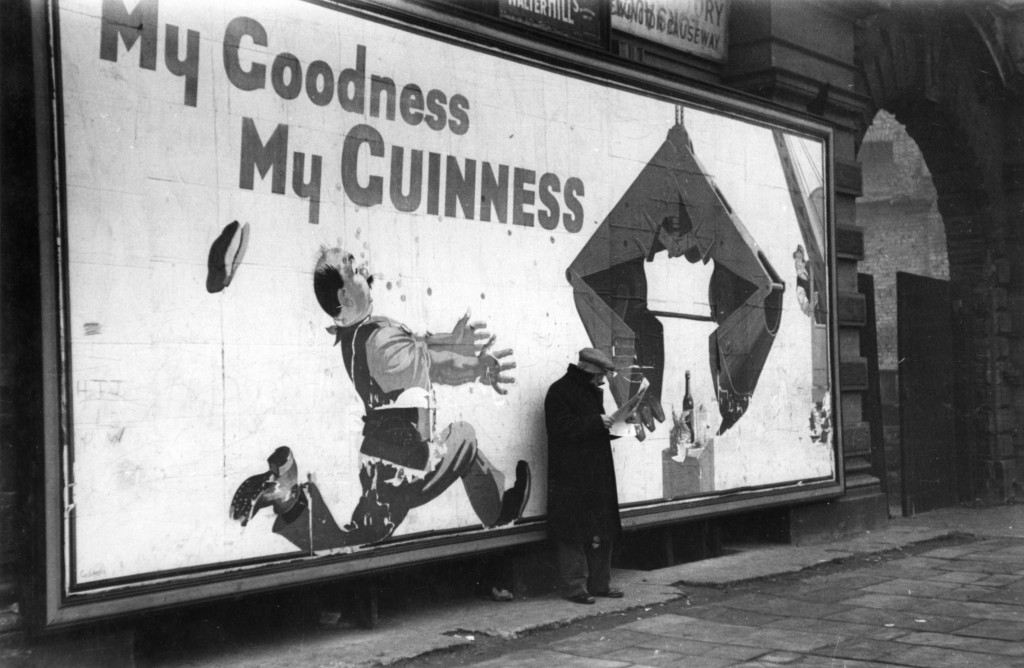 When picture magazines like Life and Look reigned supreme in the American media during the mid-twentieth century, England had its own equivalent–the Picture Post–for which Bert Hardy was the stellar shooter. Working in a bleaker world of wartime distress and painful recovery from it than his American counterparts, Hardy depicted mainly working-class British life in all its harshness, in shadowed images, yet sought within his subjects glimmers of vitality–curator Paul Berlanga captures Hardy’s sensibility precisely in the phrase “defiant exuberance.” At his best, Hardy projects a sense of absurdity prefiguring black humor; on a broken gritty street, an anonymous man encased in an overcoat stands alone at night with his shoulders hunched in front of a poster in which a man runs helter-skelter towards a castle underneath the tag line, “My Goodness, My Guinness.” Berlanga has surrounded Hardy’s images with a sampling of other British photographers, most of whom, including world-famous Bill Brandt, mirror Hardy’s affirmative noir, which receded culturally as relative prosperity returned and cameramen switched to documenting, with tongue in cheek, a nascent consumer culture. (Michael Weinstein)