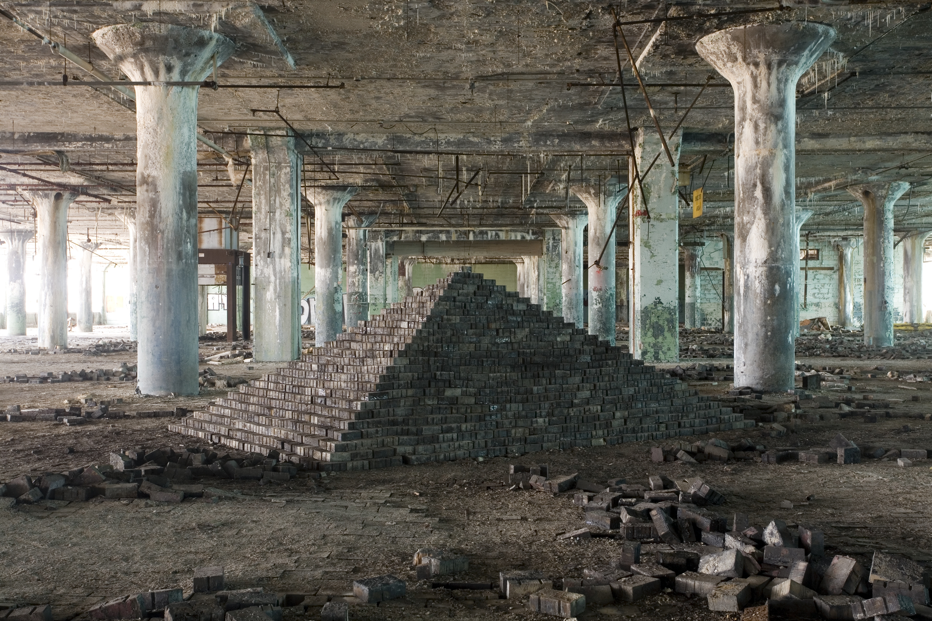 The CIA used art—yes, visual art!—as a strategy during the Cold War. Abstract Expressionism at first, then Rauschenberg and Johns, were exported to European venues in a power play of cultural might. What could be more impressive than those giant, domineering canvases oozing self-expression and painterly freedom? With the help of the CIA, Americans won prizes and audiences abroad, including the prestigious Biennale.

If cultural colonialism is what it takes to be heard the world over, then so be it. “Heartland,” an exhibition of contemporary Midwestern art, co-organized by Chicago’s Smart Museum and the Van Abbemuseum in Eindhoven, Netherlands, proves the method still viable in 2009. If the scene in Los Angeles can get a retrospective at Paris’ Centre Pompidou, in 2006, then the Dutch can surely claim the Midwest. “Heartland” opened overseas first, and is now on view here. It was an unexpected collaboration, but one that bore fruit. Midwestern art got to strut on the international stage and European artists, in turn, produced art inspired by the Midwestern spirit.

What, exactly, is the contemporary Midwestern aesthetic? Don’t say American Gothic. Don’t draw corn and cows. “Heartland” thankfully plows through these stereotypes. When the topics of farming (Marjetica Potrc) and cow hides (Carol Jackson) inevitably arise, though, the artists cleverly treat them as ready-built canvases upon which to elaborate sociological projects. Otherwise, the curators have taken great care to expand the definition of “the Midwest.” From Minneapolis to Detroit, down the Mississippi to New Orleans (a geography traced by the curators), and in locales rural and urban, the Midwest of today encapsulates America’s complexities: boom and bust, political profiteering and progress, community can-do-ism and unfettered violence, homestead pride and gang turf wars, urban decay and renewal. Maybe more than a little bit of that inventive pioneering spirit does survive. 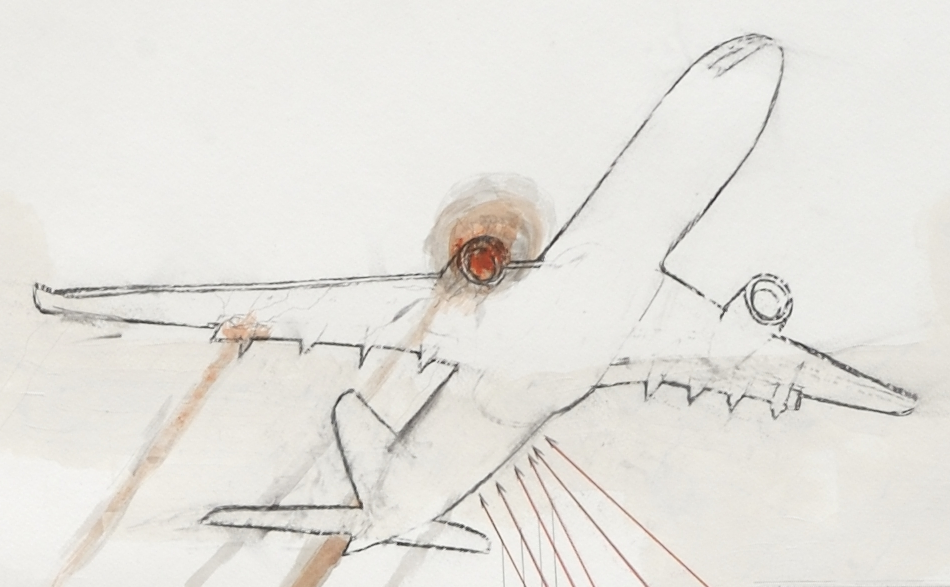 I mentioned the CIA up front not only as a historical reference but because Deb Sokolow, Chicago’s representative, does too. For “Heartland” Sokolow created one of her trademark wall-books where a self-questioning Ken Nordine-like narrator follows paranoid delusions down a path of conspiratorial clues. “The CIA is going to kill you,” utters the narrator, seemingly at random. The reader fears not espionage but a predictable Sokolowian plot twist. By the end, though, Sokolow finally delivers the full metaphoric potential of her character’s neurosis. Exiting the delusion, we reach epiphany: “The CIA needs sculptors like us,” she writes. “They hire us and they pay us well because they know we’ve got the tools to get the job done,” even though, according to Sokolow’s narrator, they know they are “failed artists.” This, in essence, is the collective delusion of Midwestern artists. With defeat we tell ourselves that we live in a vacuum, an echo chamber, a fly-over zone, and that no one hears us, yet we continue to make the work anyway. A secret force animates us. If it were for naught, the force would fizzle. But the fact that we persist is evidence of success.

The exhibition is full of these grand statements. Each artist or team is given at least a full wall to make an impact. Jeremiah Day’s inquiry into the Black Panther party, which thrived in Chicago, takes form as travel photographs, quotes, recorded interviews with former party members and documentation of a performance. An interviewee mentions “conspiracy.” The artist struggles to crawl across a floor. Roadside markers replace bloody events with bizarrely florid explanations. Assembled, only a scattered picture emerges, and the message is hard to distill. The artist, from Amsterdam, makes clear the difficulty of capturing an accurate picture of the past, especially a past that rocked the status quo. So-called traditional values built this Midwest fortress, and they’re not demolished easily. 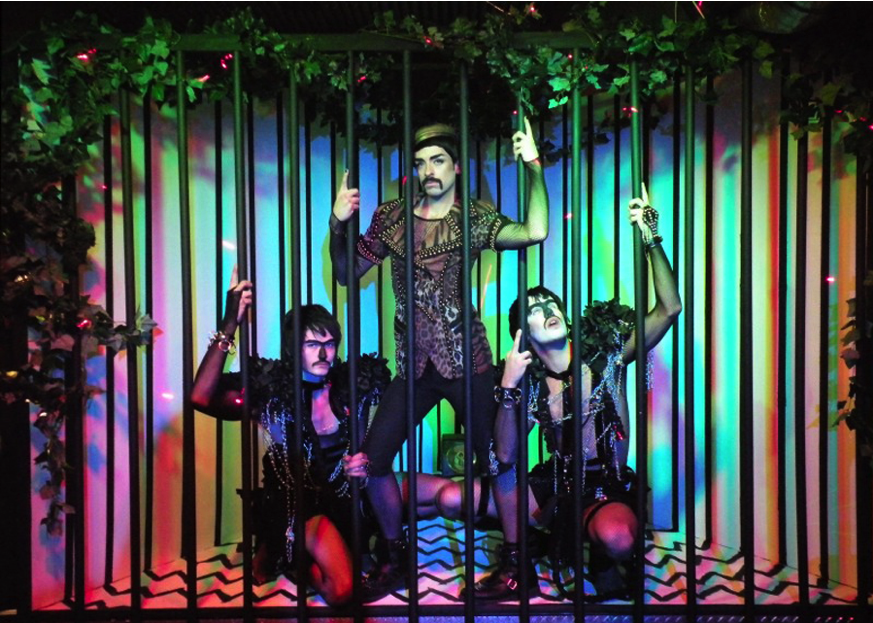 The majority of works on view push a socio-political message, often with apt critique. Living in exhausted Detroit, wrecked New Orleans, or Obama’s Chicago, it’s easy to see why the Dutch artists included here pick up the sober view. But travel to the Kansas City room for a totally different perspective. Here, the Mardi Gras celebration seems to have risen north. Cody Critcheloe channels garish 1980s-era gender-bending, Carnal Torpor presents a psychedelic trip-out chamber, and Whoop De Doo’s installation is all costumes and camp. Texts and manifestos, which proliferate elsewhere, are tellingly absent here. Easy on the eyes, easy on the brain—this is the mark of pure visual joy. So, what happened? Inventive and new art forms, like doo-wop or the blues, reflect trying times as much as they rise above them. The work in the Kansas City section is some of the most unique and thrilling in the whole show.

The number of locale-based thematic exhibitions seemed to recede in the past few years as the taste for identity politics waned, yet as soon as everyone started mining and staging Chinese culture, the discussion of place as a determinate of life, and art, was opened anew. It’s the specifics of our identities, not the universals and eternals, that prompt difference, and originality. Much like this past summer’s “Artists Run Chicago” at the Hyde Park Art Center, “Heartland” celebrates the multiple possible approaches available to artists in a shared space. It’s the decisive curatorial care here, though, that really seems to prompt a movement. As a bonus, the “Heartland” exhibition catalogue contains thoughtful writing that makes Granta’s recent Chicago-focused issue read like a Wikipedia page.