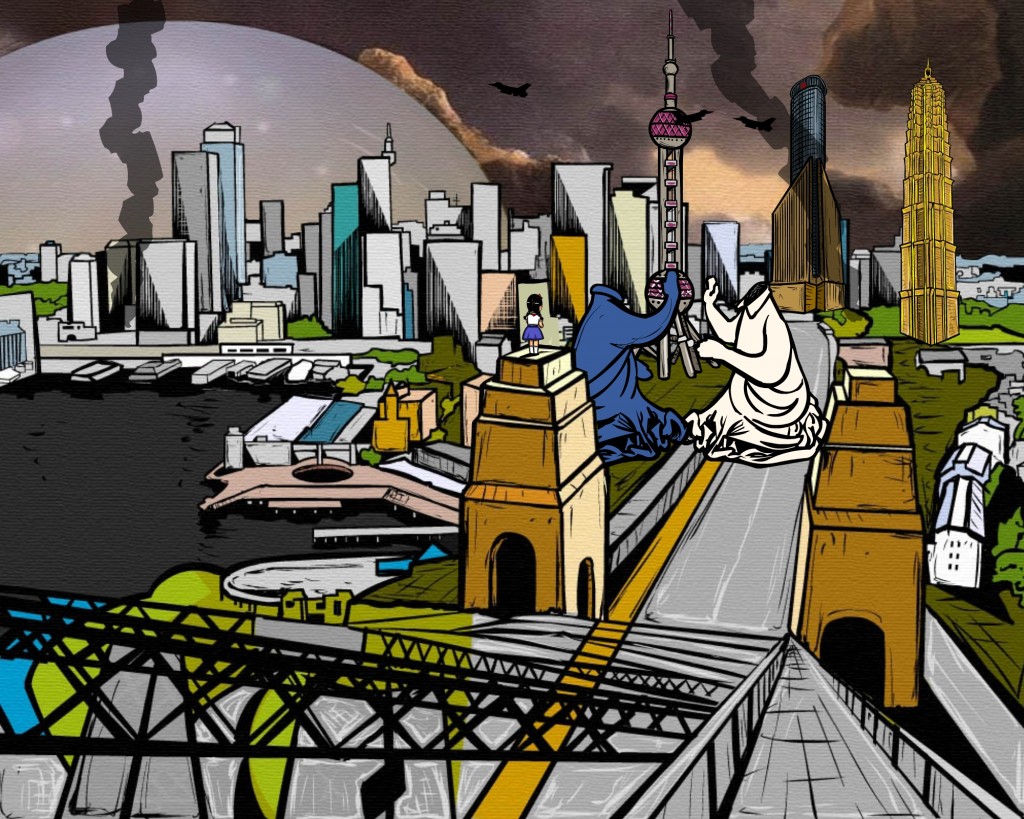 Video programs provide curators with an economical means of packing a lot of content into a relatively small amount of gallery real estate. For audiences, however, the task of watching what may well add up to several continuous hours of video without the ability to pause, rewind or skip can be daunting. Inevitably (or more precisely sometime around the second hour) individual works begin to bleed into one another, and thus any lengthy video program’s success must be judged on the program’s overall thematic flow as well as the strength of each work individually. Luckily, those who take the time to sit through the three-hour endurance test that is “Shanghype!” are apt to feel enriched by the experience rather than drained. The program brings together eighteen videos by artists who have lived in Shanghai for considerable periods of time. Over the past six decades of Communist rule, this city—one of mainland China’s most important financial centers—has grown exponentially in a dizzying quest for global prominence. A number of works show the difficulties of situating individuals within Shanghai’s jam-packed public spaces, where crowds move as single organisms and armies of anonymous high-rises are erected seemingly overnight. Many artists favor aerial views that mirror the godlike perspectives of urban planners and video gamers while using jump cuts, time-lapses and freeze-frames as disorienting devices. Some frame Shanghai through the robotic viewpoint of surveillance cameras, while others employ surreal motifs to portray the city’s cultural unconscious. In one work, a pregnant woman takes a slow-motion public stroll, her jutting belly bared like a weapon; in another, a man explores the city’s public spaces on a bicycle rigged cowboy-style complete with taxidermied horse’s head. Although you certainly don’t have to watch its full three hours to grasp this show’s themes, over time its cumulative wash of imagery leaves the distinct impression that contemporary Shanghai is in many ways as perplexing to its own residents as it is to those regarding it from afar. “Shanghype!” is presented in tandem with the Museum of Contemporary Photography’s “Reversed Images: Representations of Shanghai and Its Contemporary Material Culture.” (Claudine Isé)