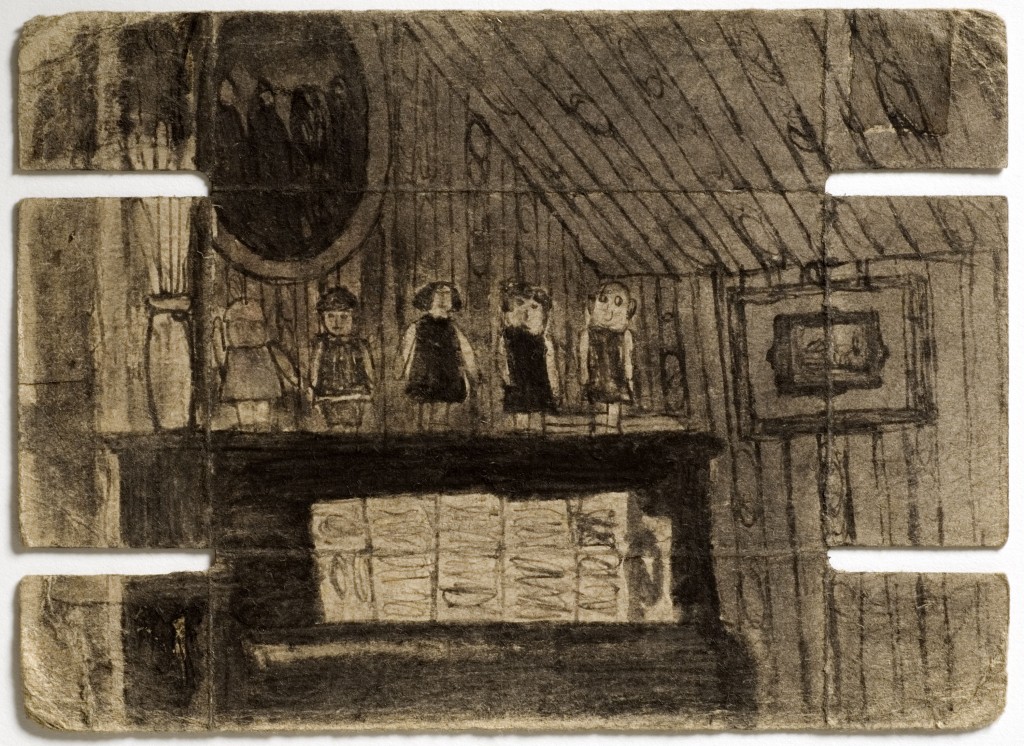 When discussing “outsider” artists, the temptation is to rely on quirky biography as a predominant critical device. Never having been one to avoid temptation: James Castle was born deaf in rural Idaho, in 1900, to a poor family of farmers. He apparently never wanted to learn to sign or read lips. Instead, with no formal training, Castle surmounted the obstacles of his birth and circumstance and found his speech and life’s mission through the language of making pictures. Maudlin, but true.

None of this is particularly important when looking at the art except perhaps the deafness and the isolation—he was forced into a supremely inventive use of odd materials; Castle was like an art MacGyver, using soot and spit, the dye off wet crepe paper, ice-cream cartons, and really whatever he could get his hands on to make his drawings and constructions. Castle used what he had. As for the deafness, how often does one find Chuck Close or David Hockney’s disabilities dissected in reviews?

The work, even that of an “outsider,” should speak for itself, and in Castle’s case it does. His drawings possess great range and sophistication. He knew perspective, he knew line—Castle just knew how to draw. What makes him a great artist is his ability to subvert these techniques to his own unexpected ends. It is enough to look at the heads of his figures—composed of landscapes, light sockets, or even chairs—to be aware of the inventive mind and keen eye of a man who was an artist, outside, inside or anywhere else. (Erik Wennermark)

Through January 3 at the Art Institute of Chicago, 111 S. Michigan.