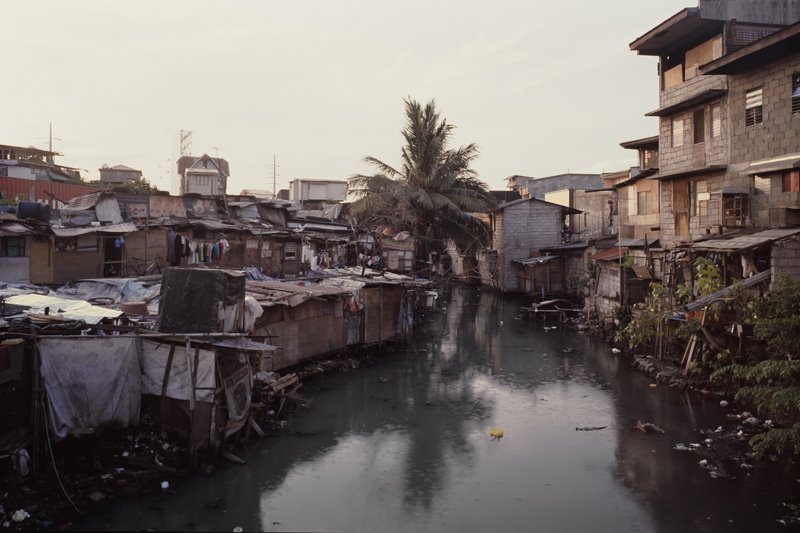 Renowned in Chicago for his century-old plan to create a “city beautiful” here, pioneer urban planner Daniel Burnham was commissioned by Washington to do the same in 1904 for its newly acquired Asian trophy, the capital of the Philippines, Manila. Expecting to find Burnham’s legacy of a park and stately public buildings “obliterated” by progress and regress, photographer Tim Long saw in 2008 that the edifices had been preserved and were still being used for their appointed or similar purposes, adding an American early-modernist colonial architectural touch to a bustling megalopolis replete with shiny skyscrapers and motley slums. Long’s lush color shots of such structures as the Department of Tourism, City Hall, the main post office and Philippine Normal University, among a bevy of others, are straightforward architectural photography. The gems of this exhibit are his studies of the teeming, checkered, colorful and perpetually dilapidated dense concentrations of shanties and ramshackle flats in the ‘hoods that were undreamt of in Burnham’s vision. In that context, the artifacts of the American imperial project come off as anachronistic presences—contrapuntal elements in a polymorphous cityscape. (Michael Weinstein)